Harygul's Halloween Planet said shipments are on the way after months of waiting for items. 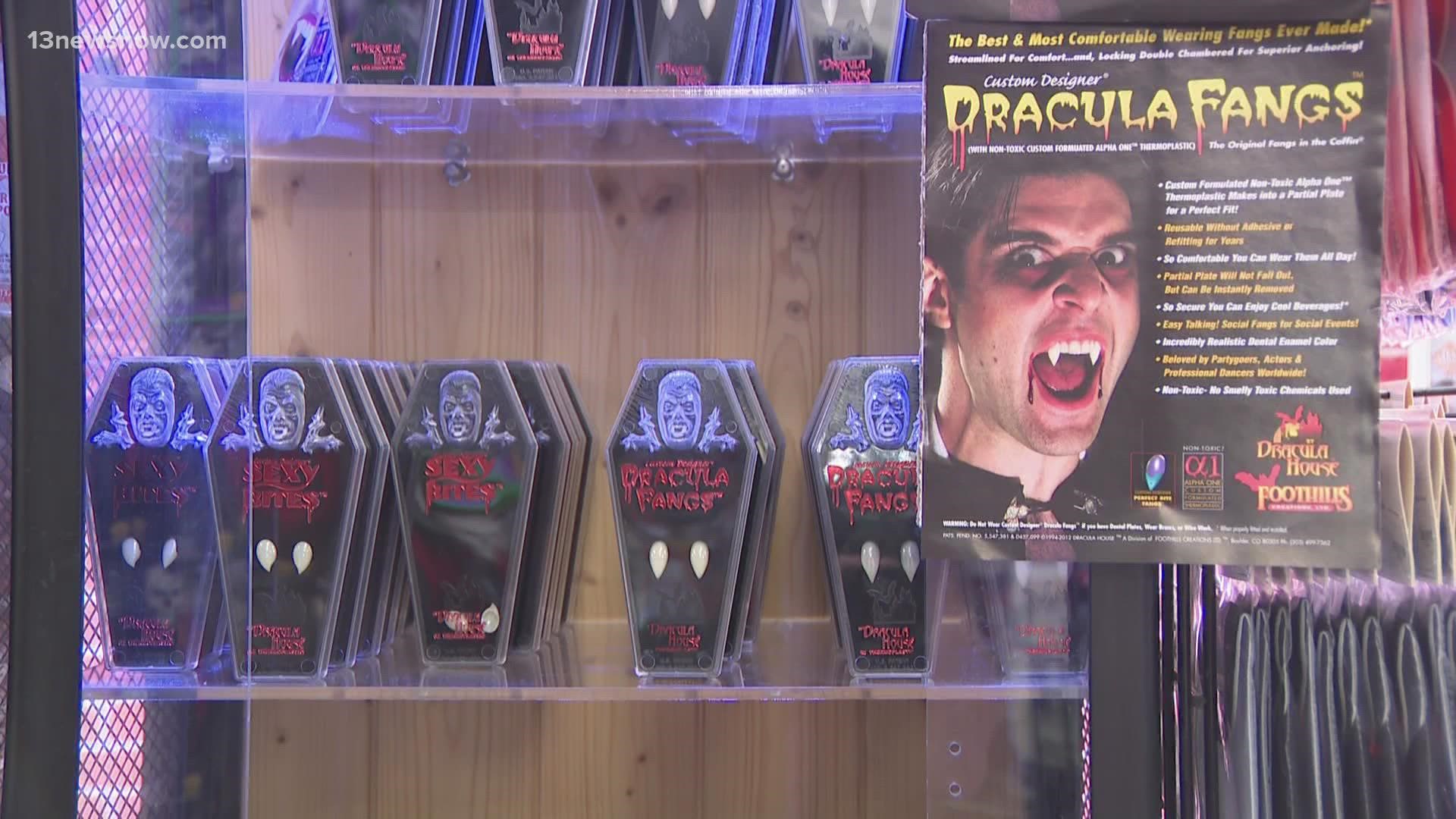 VIRGINIA BEACH, Va. — Halloween is scarier than normal this year as many Halloween stores are struggling to keep things in stock due to a supply chain shortage. But luckily, shipments are on the way.

Jenah Creecy, the assistant manager at the Harygul's Halloween Planet on First Colonial Road, said this season has been busy so far and customers are shopping earlier than normal this year.

"In September, we were tripling our numbers like crazy," she said. "The Saturdays were always super busy and it was hard because we didn't have all of our product in yet."

Many shelves are stocked inside but they didn't always look like that. Due to the shortages, stores didn't have some of the essentials, like stockings, wigs and swords. Creecy said they've waited months for these accessories and decorations.

Halloween is scarier than normal this year as many Halloween stores are dealing with a supply chain shortage.

Animatronics and some accessories have been missing from stores like Halloween Planet in Virginia Beach for a while.

Luckily, shipments are on the way. pic.twitter.com/iKn0TZPqI2

"We placed our orders back in January and we were hoping they would be here by June or July," she said. "All of our orders landed this week so within the next week and a half we should have it all out."

Creecy said the store is also short on animatronics. She said they're coming in now but they don't stay for long.

"We got in a lot of animatronics all at once which doesn't usually happen and they were selling as soon as we put them out," Creecy said.

Despite the shortage, Creecy says business is up which she says it's a good start to the season.

"It been pretty good," she said. "Definitely better than last year."