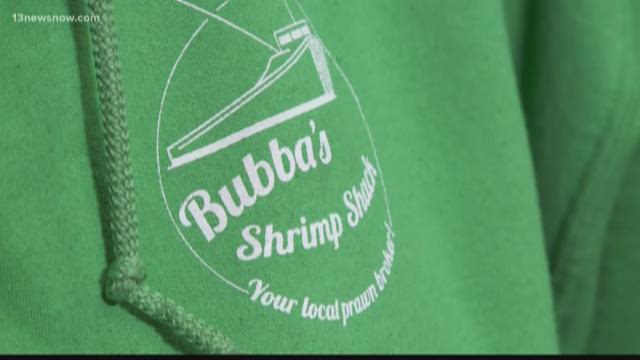 During week four of the government shutdown, businesses across Hampton Roads are stepping up to help impacted federal employees.

Bubba’s Shrimp Shack is one of those businesses. The restaurant is offering an "eat now, pay later" option to Coast Guard members. The option means Coast Guard members don't have to pay the bill for their meals until after they start getting paid again.

The owner of Bubba's Shrimp Shack, Cole Crockett, said he’s been through a lot and wants to give back to his community.

“I’ve been at the top and I’ve been at the bottom, my first business failed, I went bankrupt, I lost everything," said Crockett. "Started from scratch all over and come back and now I own a successful business, I’m appreciative of it. They’ve supported us very well since we opened, and we like to give back to the community as much as we can."

"The Coast Guard is a big part of the York County community,” said Crockett.

He said that it’s a hard time for Coast Guard members and that they shouldn’t be worried about where their next meal is coming from.

“Any active duty coast guard personnel, since they’re not getting paid now during the shutdown, we’ll carry a tab for them. Just to get them through. Some people live paycheck to paycheck, I know I did for a long time,” said Crockett.

Crockett only requires coast guard members to brings in their ID and a paystub. If an ID and paystub are shown, the restaurant will start a tab for that person. When the personnel member gets a paycheck, they can pay the tab off when they're able.