Overwhelmed: How to talk politics with friends and family

It's been more than just the top story on your TV screens and in newspapers. Politics is the hot topic online, among friends, and maybe even at your dinner table. 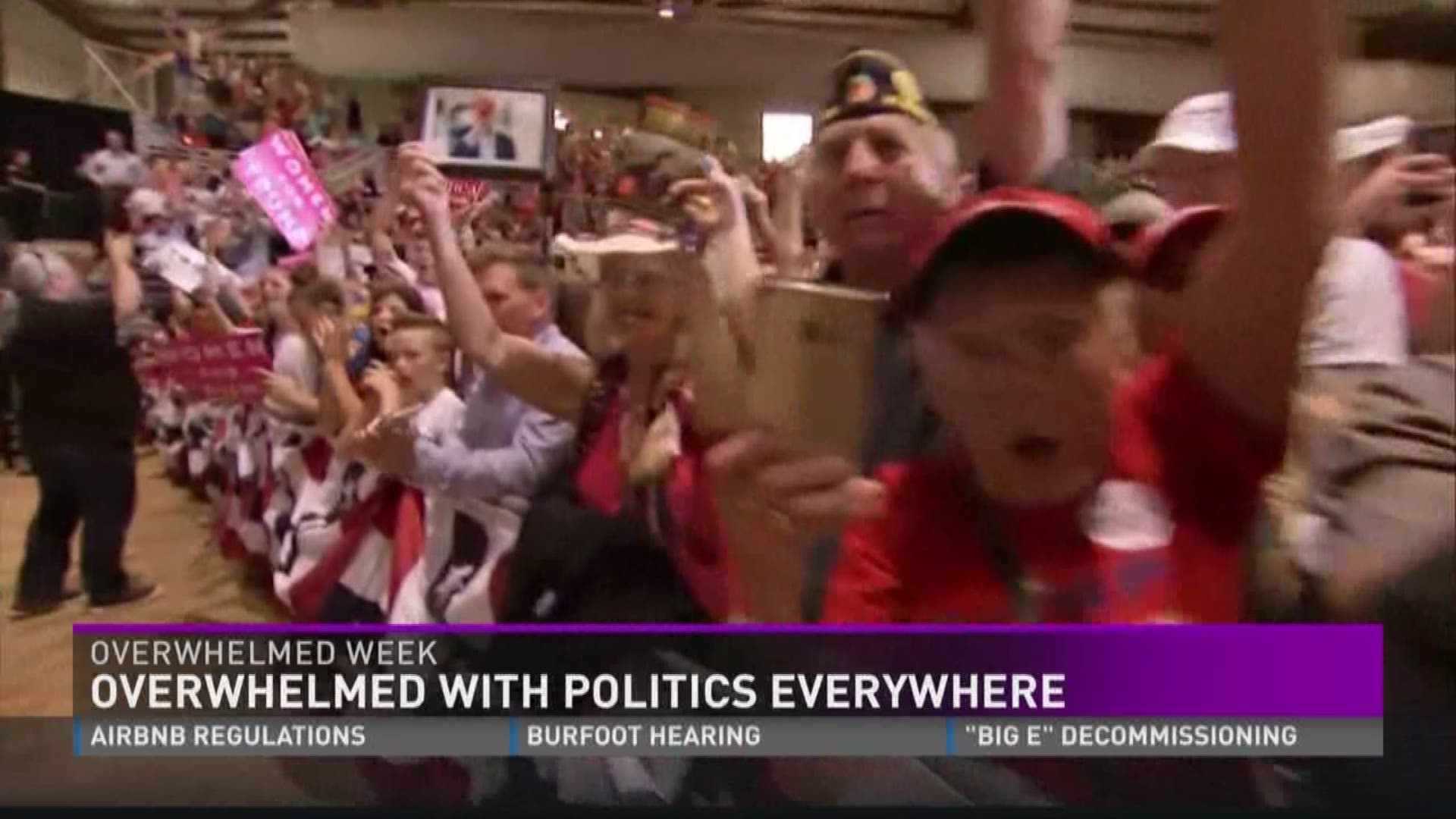 It's been more than just the top story on your TV screens and in newspapers. Politics is the hot topic online, among friends, and maybe even at your dinner table.

Thomas is one of many who feel they can't escape all the political talk. “You just hear the conversations everywhere,” said Thomas.

2016 saw a highly controversial election season. Opposing views and emotional conversations are causing rifts between loved ones to this day-- as it nearly did for Thomas and one of his friends. “It kind of escalated… to a place that, you know, you kind of don't want it to go,” said Thomas.

So, how do you handle all the debates around you when you're just tired and annoyed? Peggy Newfield, President and Founder of The American School of Protocol and Personal Best, Inc., has some advice. “You have the power to engage and refute. I suggest that you pick your battles and decide whether to move on or take on,” Newfield said.

Newfield is an etiquette and social skills expert. She says if you have to engage in political conversation, winning the argument isn't worth losing someone you care about. “Family and friends are treasures, and every opinion should be respected,” says Newfield. “Even though we may feel strongly about our candidate, there are avenues that will navigate the conversation in a more positive way.”

And the best avenue, Newfield says, is to learn to share your opinion while keeping an open mind to others. “It is our responsibility to join forces in helping repair some of the damage that has occurred in our country,” Newfield said.

Newfield also says that you shouldn't hesitate to bring a conversation to a close if it gets uncomfortable. It may be an abrupt ending, but it's better than causing potentially irreparable damage to an important relationship.

Newfield suggests switching the subject as another effective tool to diffuse an intense political discussion. Try moving to a non-threatening topic, such as the weather, sports, pop culture, or food.