As people transition back to the workplace, many parents will have to make a tough decision about child care. 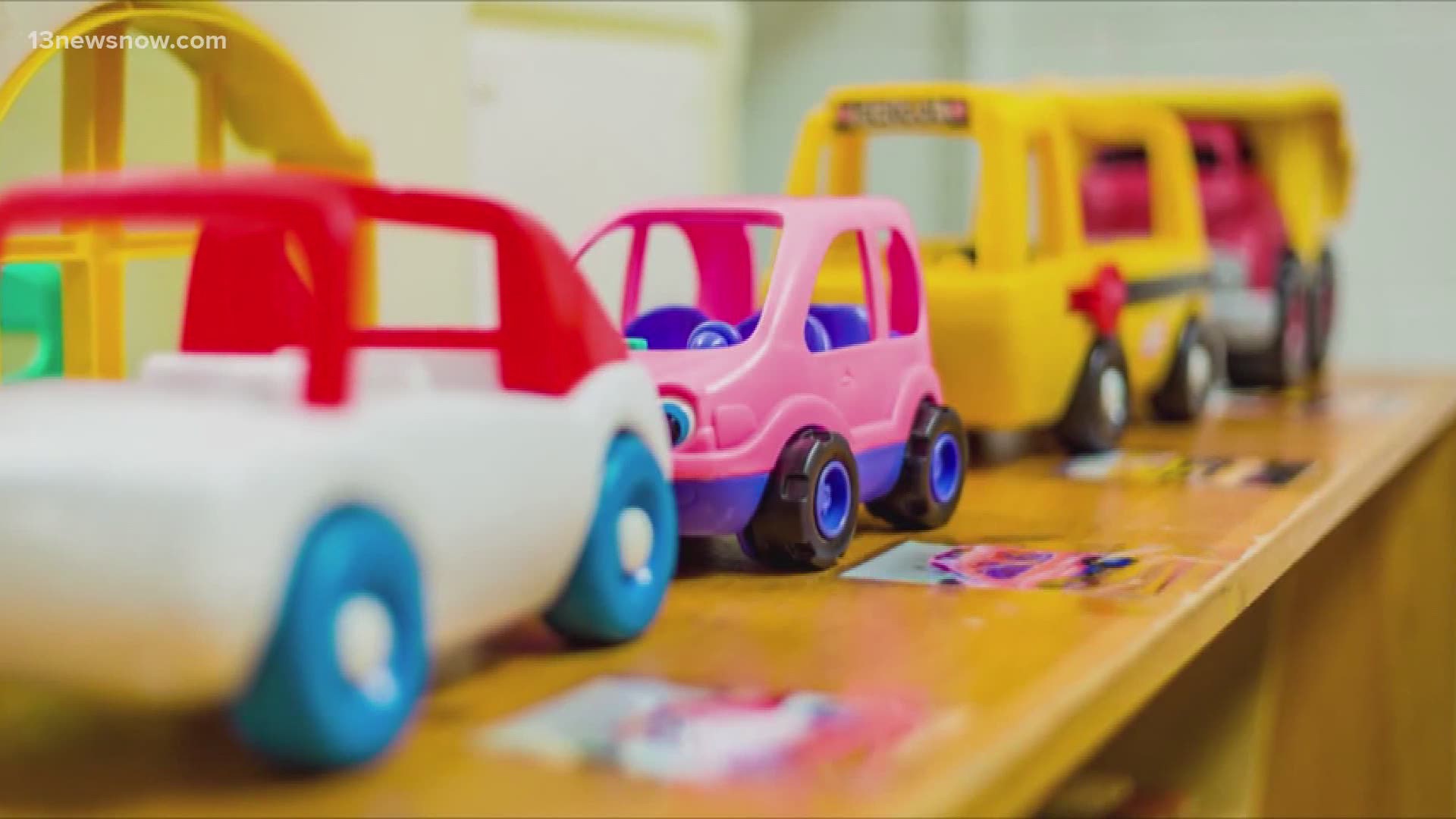 NORFOLK, Va. — Like many families, adjusting to the pandemic wasn’t easy at first for Kelly and Ryan Pierce in Norfolk.

“The first few weeks were chaotic,” said Kelly. “[Ryan] was working from home and watching two toddlers at the same time.”

Unfortunately, work didn’t stop when daycare centers closed in March, so a lot of parents were put in a similar position as the Pierces.

A lot of them eventually found a rhythm working from home with kids.

“I think we kind of just had to make it work,” said Kelly.

But here we are now -- months later -- and that time at home is coming to an end, and many parents, like Kelly, will start transitioning back into the workplace.

At the same time, childcare centers are opening back up with limitations and are allowed to fully reopen in Phase 3 in less than a week. That is forcing parents to make a decision about sending kids back to daycare out of necessity, rather than by choice.

“It’s been a hard decision for us,” said Kelly. “But we both work so we didn’t really have a choice.”

The Pierces sent both of their boys back to their Norfolk daycare last week. While it’s only been a week, she’s happy to report: so far, so good.

“They’re checking their temperatures as soon as they walk in the doors, and teachers are wearing all of their protective equipment as well,” said Kelly. “I think they’ve done a nice job with that, so it’s made me a little more comfortable sending them back."

RELATED: Should you take your child to daycare or summer camp this summer? A pediatrician weighs in