Paying it forward: Woman starts campaign of kindness to honor her husband's memory

This was the first year Lisa DeCoste says they've used a public Facebook group to spread their message. 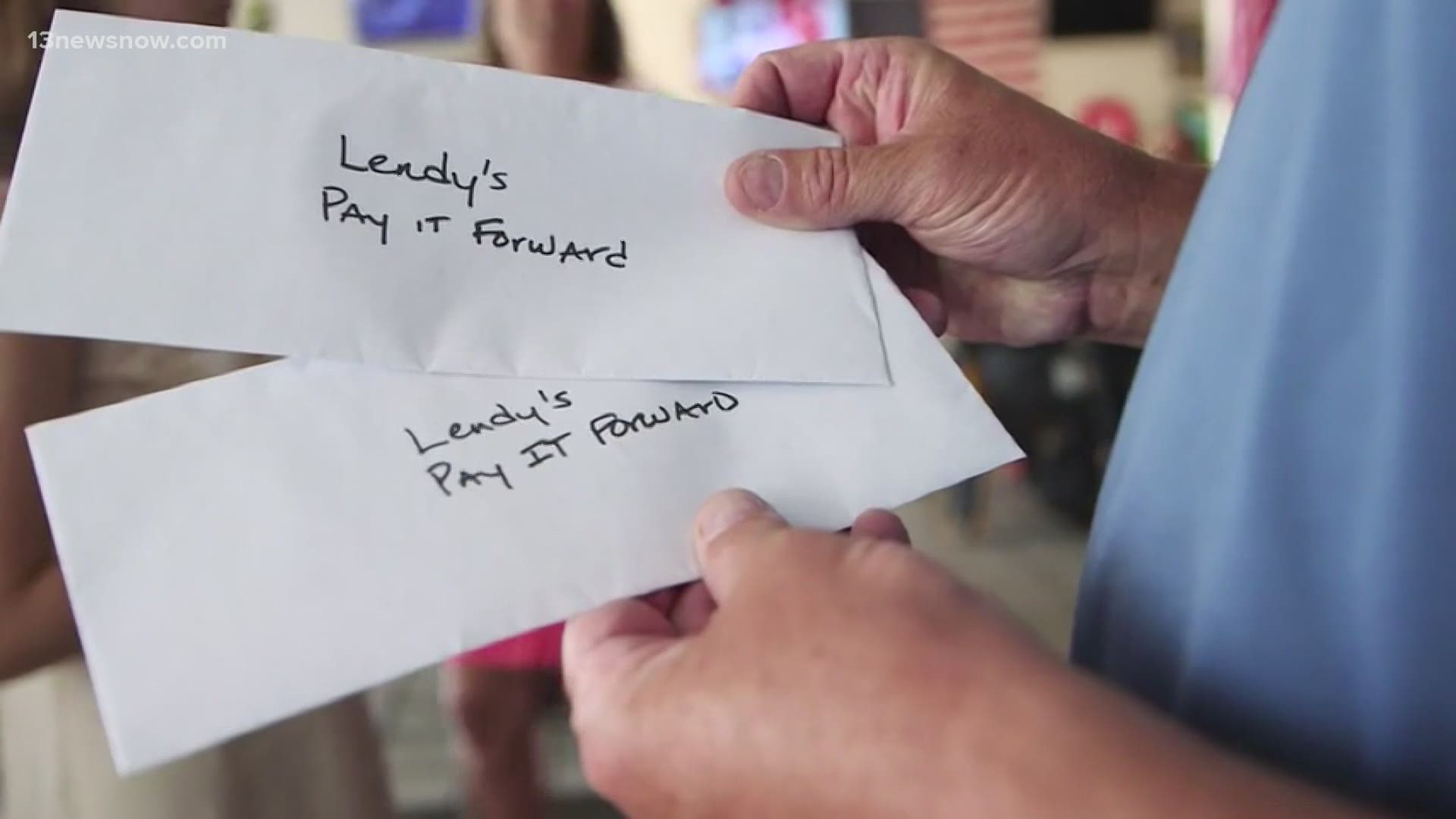 VIRGINIA BEACH, Va. — Wednesday, July 21 may have been an ordinary weekday in the middle of summer for most. But the day carries much more meaning for Lisa DeCoste and her daughter Alexis.

Since 2017, Lisa and Alexis carry out an annual "Paying it Forward" tradition across Hampton Roads, performing small acts of kindness that range from gifting donuts to local businesses to gifting restaurant-goers small amounts that go toward their bills.

It's how Lisa honors the birthday of her late husband Scott.

"Early July [2015], he was diagnosed with stage 4 terminal cancer," she told 13News Now Wednesday. "We were told he had six to 12 months to live. Unfortunately, he passed away within eight weeks of being diagnosed.”

This year, Senior Chief Scott DeCoste -- serving more than two decades in the United States Navy -- would have turned 55. A lover of his family, Crossfit and the New England Patriots, his wife Lisa said Scott often lived with a "paying it forward" mentality.

A tradition that started with just Lisa and Alexis has grown beyond just Hampton Roads to a now-public Facebook group, where people post pictures about the ways they've "paid it forward" in honor of Lisa's husband. From gift cards to free lawn care, the effort's first year incorporating a public Facebook group has already grown to more than 100 members.

“I’m hoping when it’s my time to go, Alexis continues this on, and cancer may have won the fight, but it’s not going to win the battle. The DeCoste girls will win the battle and make sure Scott is always remembered," Lisa declared.

The family also started a non-profit in Scott's name, part of which creates academic scholarships for students who come from a military family.