Quinn was abandoned and riddled with health issues, now she's searching for a place to call home. 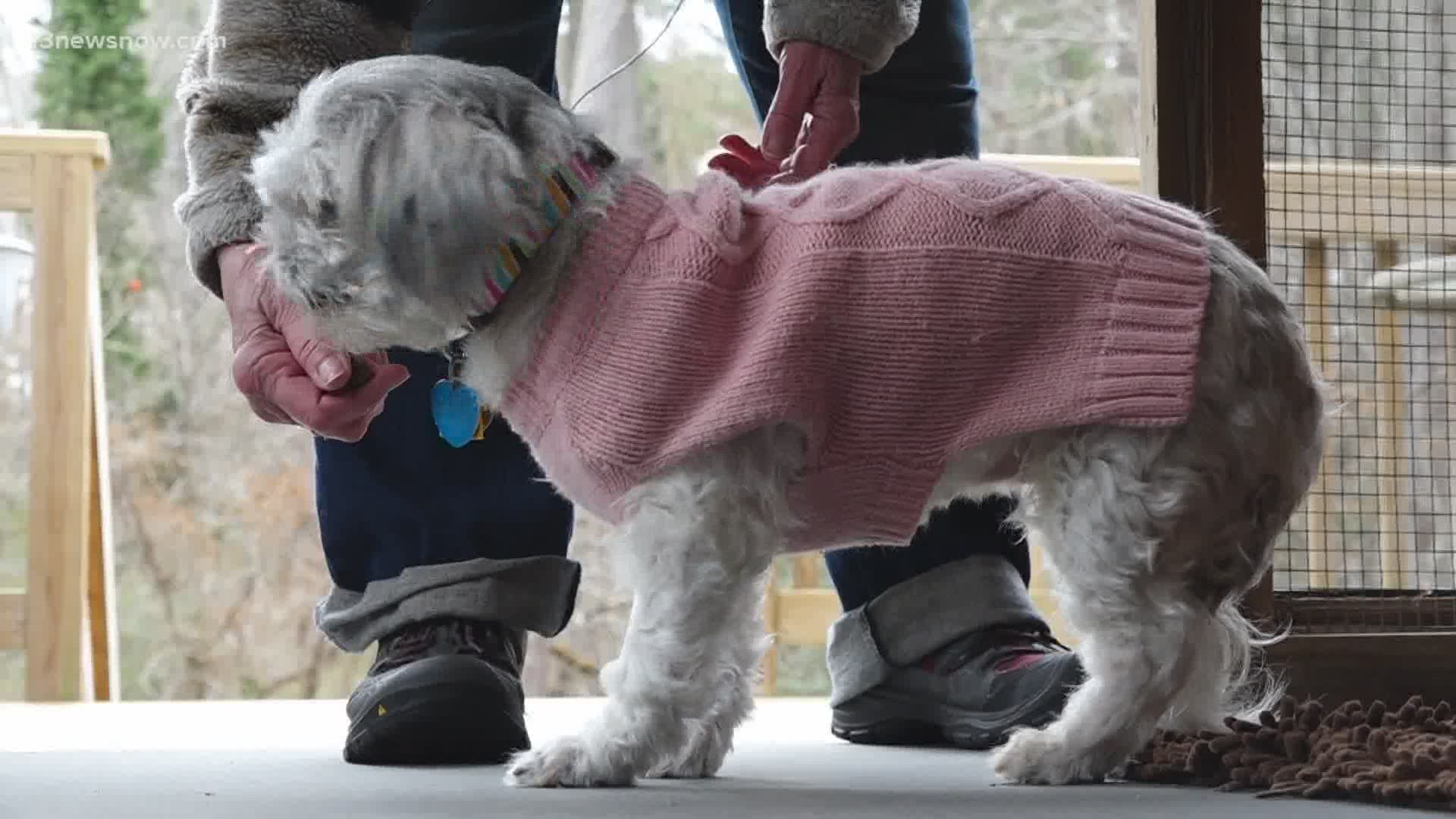 NEWPORT NEWS, Va. — Quinn is a Shih Tzu believed to be about 8-years-old or older. Abandoned and neglected, Quinn is rehabilitating and ready for a home. Animal control handed her over to the Rainbow Animal Rescue a few months ago.

"She was very matted, her toenails were all twisted, she had three giant mammary masses," said Esther Williams with Rainbow Animal Rescue.

"She's changed a lot since all of her health issues have been addressed. She feels much better," added Williams.

Health issues are why they are asking for a quiet, patient, and particular family to take Quinn home. Close monitoring is a must to watch for new masses. Also, Quinn will need regular vet visits, Williams says, at least once every other month.

"They have steps for the dogs to get in the bed, but she won't go up the steps. She'll sit and bark until they pick her up and put her in the bed," added Williams.

However, once Quinn's in that bed or on that couch, expect her to stay.

"She's a little couch potato, but she also knows what she wants," said Williams.

What Quinn wants is a home. If you are interested in adopting her, you can go to https://www.rainbowanimalrescue.net/website/