Bentley & Friends: Diseases pets and humans have in common

There are numerous diseases shared by both humans and their pets. 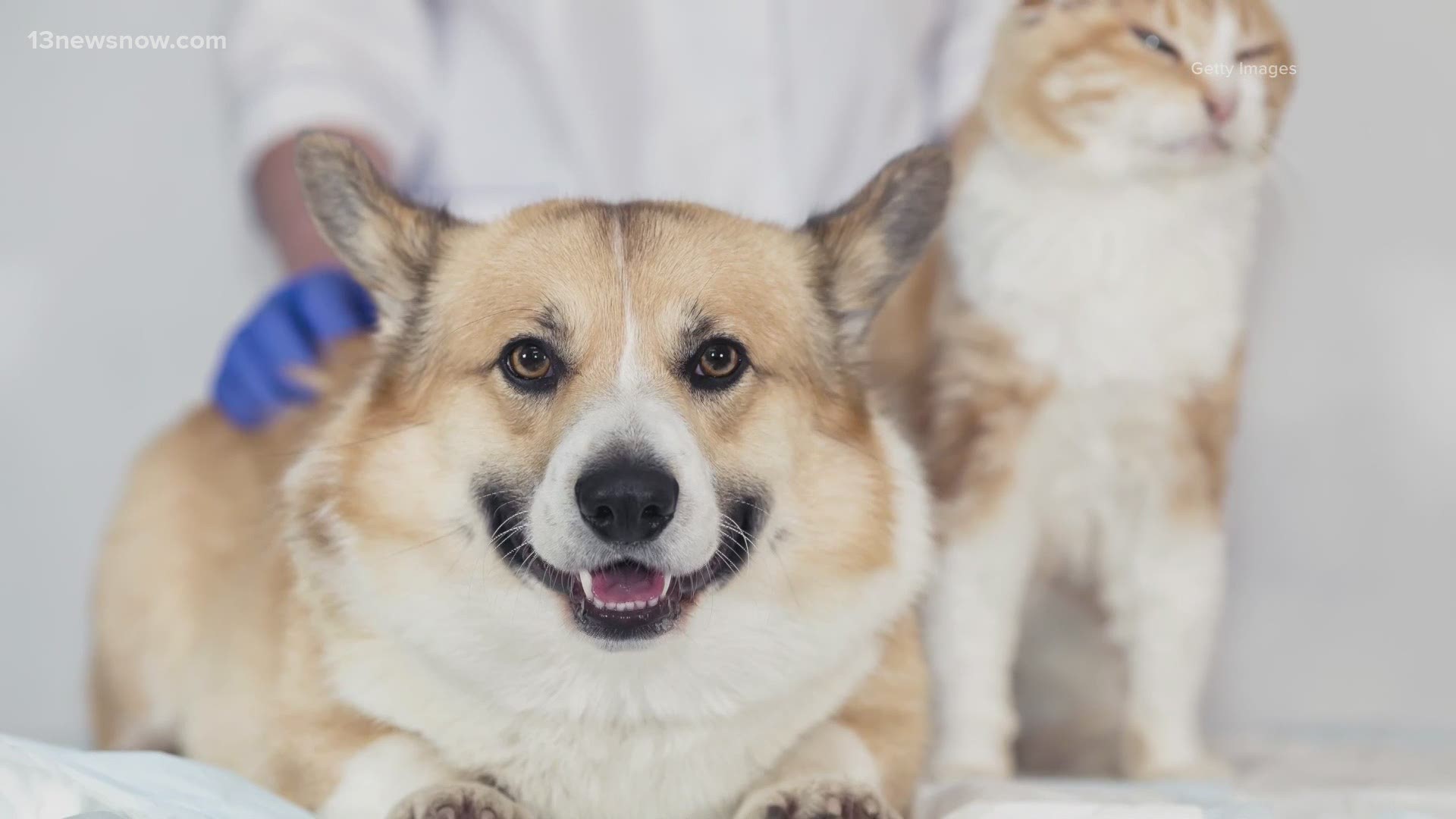 NORFOLK, Va. — Dogs are considered man and woman's best friends, but did you know that we share much more in common with our furry friends than you think?

Diseases most found in humans are just as prevalent in our dogs and cats. Dr. Cook explains a few of these and what sort of differences and commonalities are shared between us and our pets.

"There are a lot of diseases that are shared between humans and animals, dogs and cats but not only that but horses, pigs and cows." Dr. Cooke says.

Diseases like arthritis, cognitive dysfunction and one of the more common, diabetes. According to vetsource.com, 1 in every 300 dogs and 1 in every 230 cats will develop diabetes.

"Cats and dogs both get it, usually they get type 2 diabetes--meaning it's not type 1, which is congenital they're born with a problem with the pancreas to secrete the insulin, which is more severe," says Dr. Cooke.

A diagnosis of this comes from your veterinarian and treatment consists of an insulin regimen as well as a diet change. What's interesting about diabetes in cats is that it can be reversed. Spotting diabetes in your pet is somewhat easy says Dr. Cooke, the signs are obvious.

"A lot of times owners will notice and many times they come to us with the diagnosis already, like hey I think my dog is diabetic, he's drinking a ton, urinating a ton and always seems to be ravenous all the time and losing weight. Those are the typical hallmarks we are going to be looking for." Dr. Cooke explains.

This evidence of the progression of cognitive dysfunction within the dog's brain is that it makes it awfully hard to treat. However, Dr. Cooke says that Western medicine could be quite helpful in this especially when spotted early and treated right away.

"So, ways we might prevent it is to keep them challenged, mentally alert and challenged." Dr. Cooke tells us.

Ways to do this can include mental stimulation with toys and puzzles that engage their brain to work to solve problems, also taking different walking routes will keep them stimulated.

Lastly, let's focus on arthritis. This is an ailment suffered by millions of humans each year, dogs much similarly. The joints with time if they aren't used as much deteriorate causing pain. Fortunately, there is a very effective treatment for this.

"Glucosamine chondroitin which almost everyone knows about, it's a joint supplement in every pharmacy, it's over the counter. However, most people don't know it is actually a veterinary product it started in veterinary medicine, it worked very well for horses, 70% effective, very well for dogs 70% effective and we use it for cats as well, 70% effective." Dr. Cooke explains.

As human and veterinary medicine continues to make leaps and bounds in cures and treatments for common ailments it is likely that more will be available to help aging become painless in the future.