Bounced from home to home and living outside in horrible conditions, now Otis is looking for a place to call home forever. 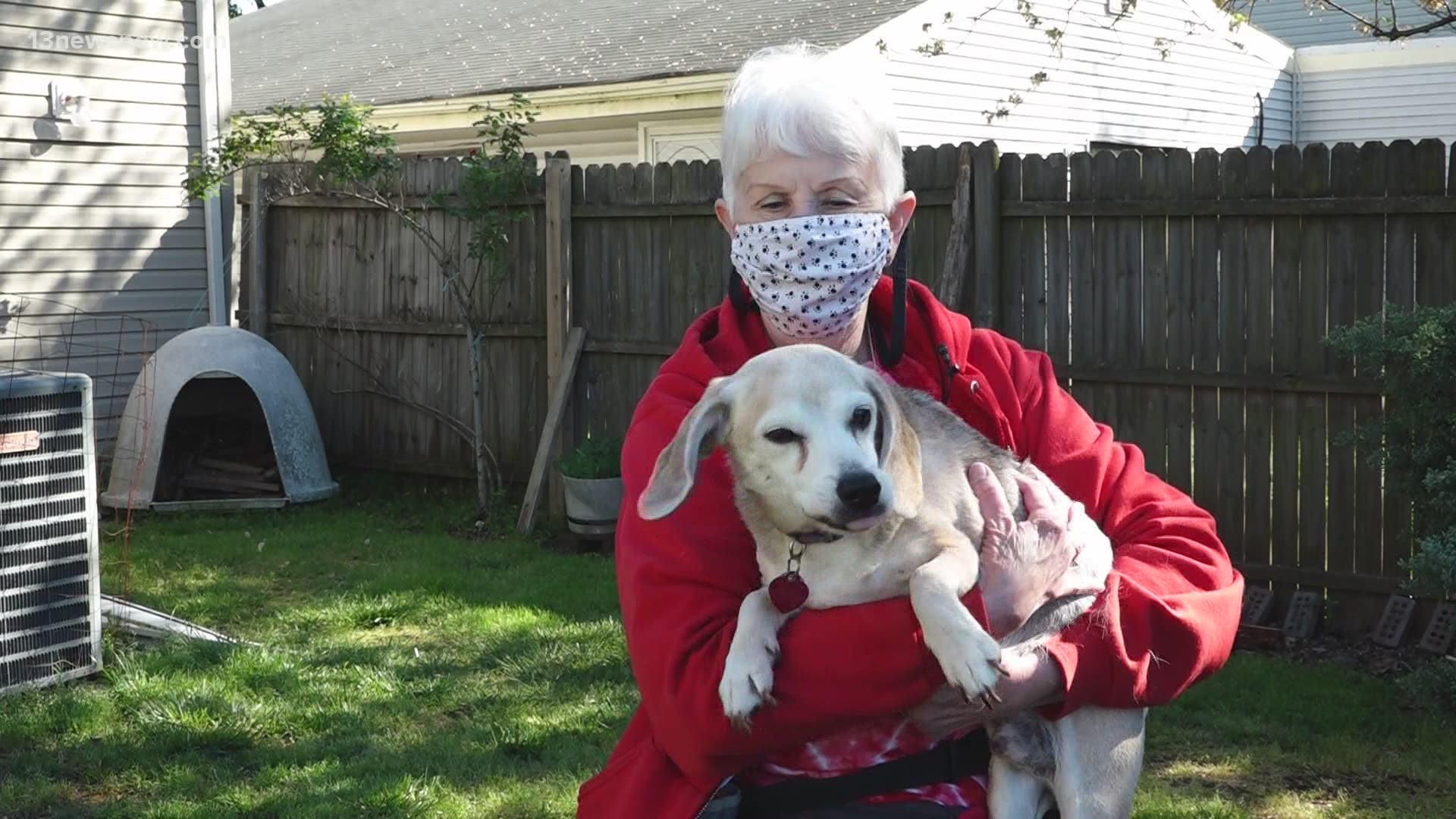 NORFOLK, Va. — Otis is a 13-year-old beagle. Since he was a puppy, he has had a home, but the last few years were tough. In 2012, Otis' owners went through a divorce, and Otis went to live with the husband.

"For whatever reason, she didn't want him in the house, so she chained him outside," Williams said.

She went on to tell 13News Now that the rescue report said that Otis was living outside and his only means of shelter was a water cooler, cut in half.

When Rainbow Animal Rescue received Otis, he had a heart murmur, heartworms, and fleas. He has gone through surgery and treatment and is now a healthy boy.

In terms of home life, Otis is good with other dogs. He does live with a cat now, but he chases it, so Rainbow Animal Rescue says a home with cats wouldn't be ideal. He is also old, so a home with young children who may be too rough is not a good fit. A mature home that is willing to take the time to understand Otis and give him the space to allow him to warm up to them would be best.

"Anybody that gets would be very lucky to get him, he is a senior, but they need a good home too," said Williams.

We know Otis would be lucky to find a final place to call home. If you are interested in adopting him, you can go to https://www.rainbowanimalrescue.net/website/