What does science say about pet owners? 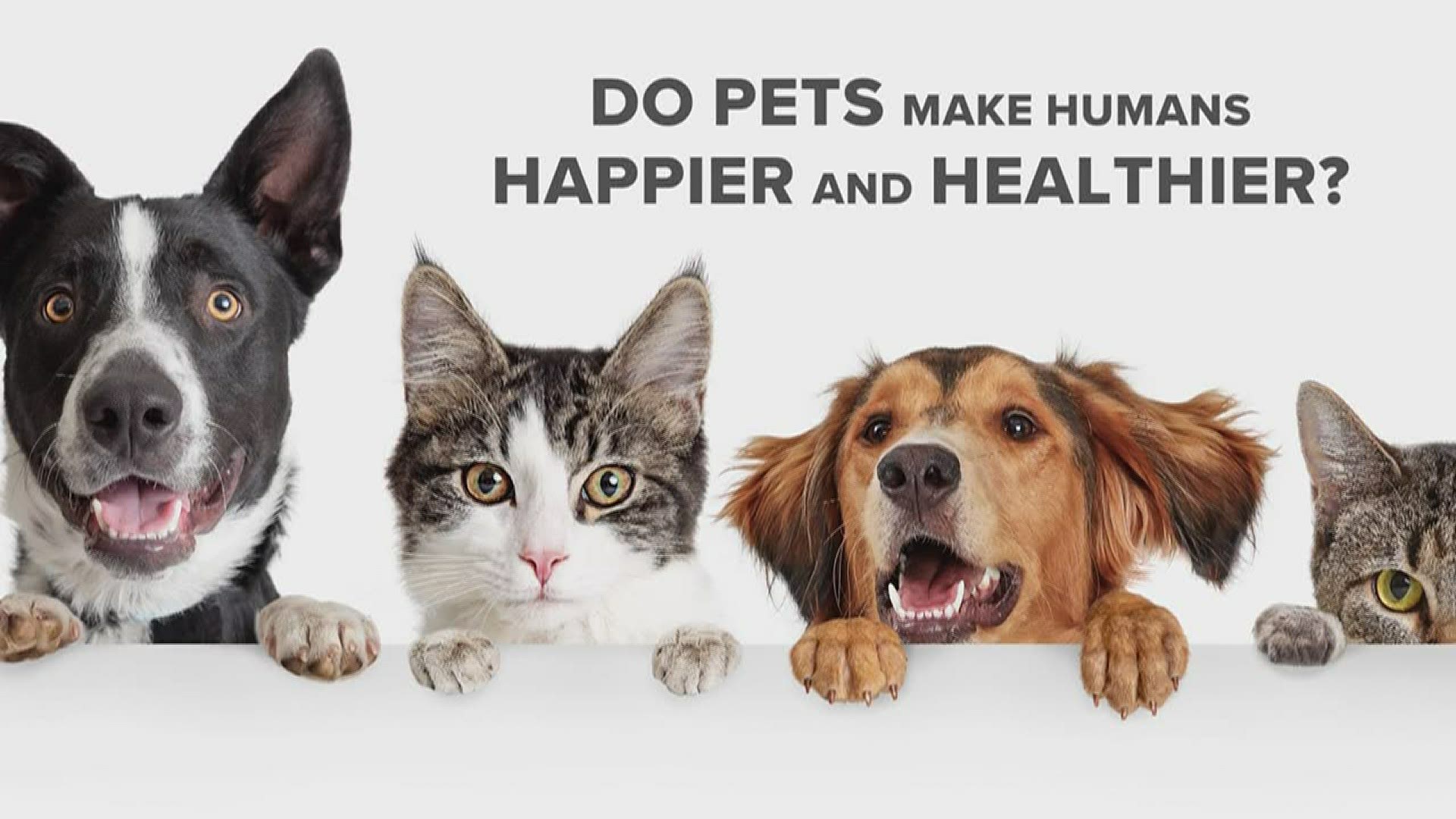 RICHMOND, Va. — It’s been a proven fact that dogs heal us: they take away our pain, depression, stress, and anxiety. But what is it about them that makes dogs such a perfect fit for us humans and why are we worthy of their selfless love and devotion?

Those are great questions, if only there were an institute of some kind that studied this... lucky for us there is!

Meet Dr. Nancy Gee with the VCU Center for Human and Animal Interaction.

“The Center for Human and Animal Interaction is in the School of Medicine at Virginia Commonwealth University and it was founded in 2001. The mission of the center is improving human health through animal interaction,” Dr. Gee said.

So what have they found? First, we’ll make it timely. In this era of social isolation more and more Americans are, well, just that: isolated and lonely. Dr. Gee said that’s a big problem and something she said can be helped by a dog.

“Loneliness is a very real concern, in fact it is considered a worldwide epidemic. Three out of five Americans report feeling lonely and there is some evidence to indicate that pets may reduce or counteract these feelings of loneliness,” Dr. Gee explained.

Dr. Gee and her team have been conducting ongoing research for years and some of the results are astounding... but if you own a dog, I’m sure it’s not surprising.

Interactions with animals actually initiate changes within us that are physiological.

“It’s doing things like reducing stress hormones like cortisol and increasing your sort of love hormone or feel-good hormone called oxytocin... and by the way, that happens in the pet and the human,” Dr. Gee explained.

So to answer the question, are humans healthier and happier if they own a pet? The short answer is yes, but there’s tons of science to back that up!

“There is evidence to indicate that pet owners report being more satisfied with their life than non-pet owners, particularly dog owners,” Dr. Gee said.

The next step the center will take will be studying the longer-term effects of human and animal interaction. These studies take time but Dr. Gee is confident they will find some amazing results.