A son of Darius, the largest rabbit in the world, calls a Virginia Beach exotic animal rescue home. 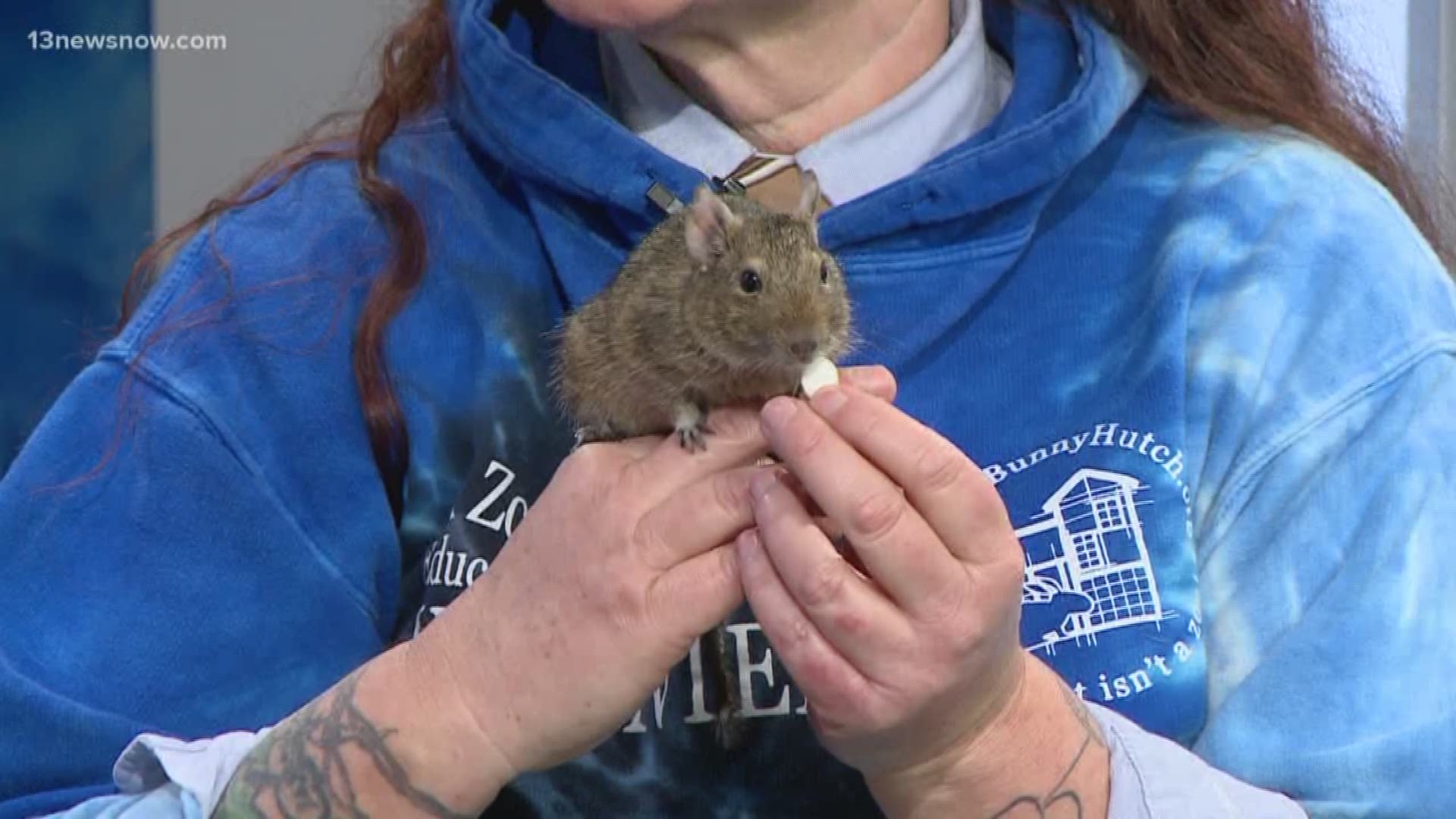 VIRGINIA BEACH, Va. (WVEC/USA TODAY) -- Sure, they're undeniably cute, but are they good pets?

We're talking about continental giant rabbits, which hold the title for being the biggest rabbits in the world. The largest of them all, Darius, who measures in at four feet, four inches.

One of his children, Lord Roland Watson Beldon Maxwell VIII (Junior for short), calls The Bunny Hutch in Virginia Beach his home. He's still smaller than his dad only tipping the scales at around 25 pounds, but he is still growing.

A lot of people think smaller rabbits are easier to handle than larger breeds, but that's not always the case, according to Eric Stewart, Executive Director of American Rabbit Breeders Association (ARBA), Inc., about giant rabbits and whether they are good pets.

"The giant breeds are really rewarding as well," Stewart said. "The giant rabbits may not always be the first rabbit someone thinks of for companion animal, but they actually have some of best temperaments and have a very docile nature."

You never know who’ll hop into the studio or should I say stroll in #13NewsNow “Shelter Sunday”. It’s Jr. the LARGEST bunny in the US from The Bunny Hutch - exotic animal rescue in VB. pic.twitter.com/iJL6aC7yQR

The continental giant breed is recognized in Europe, but not by ARBA in the United States. Instead, the organization recognizes a similar giant breed called the Flemish Giant. All domesticated rabbits originated from what was originally the European wild rabbit, according to Stewart. The Flemish Giant rabbit can reach 20-30 pounds, but can be larger, according to Stewart.

"Giant rabbits are bred for size," Stewart said. "The Flemish giant we have recognized in the United States has no maximum weight, they can be as heavy as possible, but they are a little different body type than the continental, but both have a heavy thick bone, a broad head and these long ears."

While giant rabbits are often bred for meat in the U.S. and around the world, they also make great companions for those who aren't interested in eating them.

Stewart said some giant rabbits, which can run from $30 from backyard breeders to $400 or more for purebred rabbits, can compete in competitions much like dog agility courses.

"There are individuals that have harnesses, leashes and take their rabbits on walks and with ARBA we have competition for rabbit hopping with course jumps," he said. "Some rabbits that are just born to jump and love going through the courses and over the hurdles."

Sadly, a continental giant died last year on a United flight. Stewart iterates that any travel can be stressful on an animal, especially rabbits. He notes that airlines typically "work very hard to ensure the safety of animals."

SHELTER SUNDAY - Pets up for adoption in Hampton Roads: