Staff members at shelters in Norfolk and Virginia Beach said they are seeing an alarming number of owners dropping off their pets. 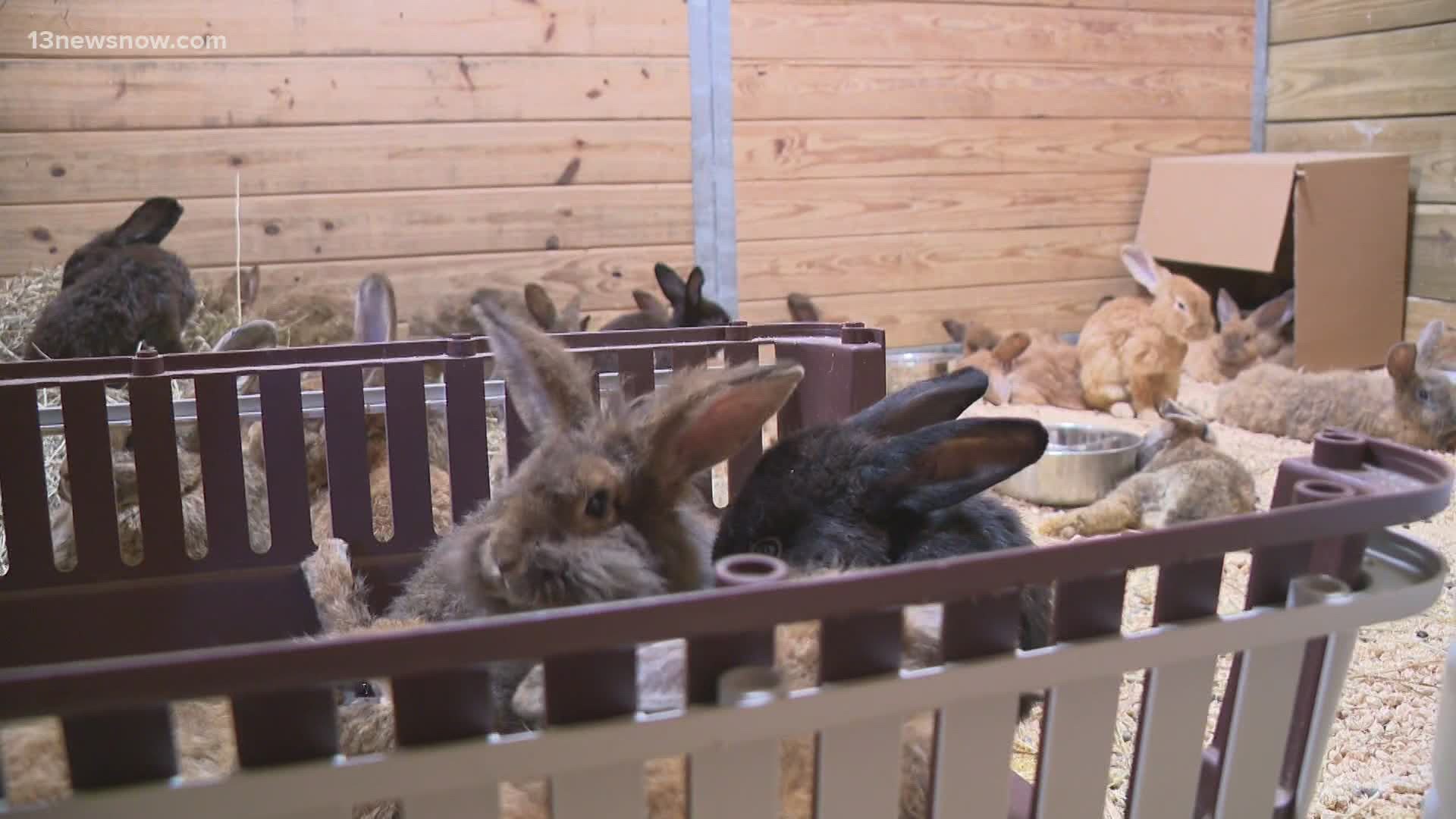 VIRGINIA BEACH, Va. — Animal shelters are running out of room across Hampton Roads!

Pet adoptions increased over the pandemic, but now staff members at shelters in Norfolk and Virginia Beach said they are seeing an alarming number of owners dropping off their pets.

“We are nervous, we are getting a little cramped,” said shelter operations supervisor Jessica Wilde.

Close to 50 dogs are up for adoption, and Wilde said that’s almost double the shelter’s normal volume.

“The last couple of weeks have been a little stressful,” Wilde said. “We have been seeing a lot of owner-surrendered pets.”

The cat cages are filling too. Wilde said lately, they are taking in more pets than they are adopting out.

“It’s overwhelming for a lot of animals, especially when there are so many pets in the shelter,” Wilde said.

On top of that, animal control officers just picked up some "ear-resistible" new residents.

“We impounded just over 150 rabbits and our goal now is to work with the public to try to find new homes.”

“They reproduce very quickly,” Conti said. “That term 'breed like rabbits,' it is a true term.”

Yesterday the Virginia Beach Animal Care and Adoption Center took in more than 150 bunnies! Staff say bunnies and cats are buy one get one right now. Dogs are half off!#13NewsNow pic.twitter.com/gwWS8YxKlp

She said they usually take in more pets during the summer, but not this many!

“I think the pandemic has a lot to do with that because people are out of work, less income, less ability to care for animals,” Conti said. “So, we are seeing a larger number of owners surrender their animals because they can’t care for it, or animals that the officers are having to investigate."

But Wilde said they keep a pet pantry stocked for owners who need a boost.

“So, if a citizen is unable to provide food for whatever reason, to help them get into the next payday or keep them going.”

“We would like to encourage citizens to reach out to us for resources or your local community, because if we are able to keep pets in their home and prevent them from coming to the shelter in the first place, then it is a win-win for everybody,” Wilde said.

Officials with the Norfolk SPCA told 13News Now in a statement that they are also struggling with increases in pet intake:

“Serving Norfolk and all of Greater Hampton Roads, the Norfolk SPCA has been inundated with pleas from local and national municipal and animal control shelters to transfer animals to our Adoption Center. Calls and desperate emails are coming from across the State of Virginia as shelters struggle with the intake of stray animals and owner surrenders. The Norfolk SPCA has dramatically increased the number of adoptions annually at our small facility. Three years ago, we had just over 1000 adoptions; last year (2020) we saved the lives of more than 1900 companion animals. By focusing on robust adoption programs, fostering and spay/neuter services, we can assist municipal shelters year-round, but especially in critical times like these. The average length of stay at our shelter before adoption is 14 days.

"We encourage citizens to first be proactive by spaying and neutering their pets. Accidental or unwanted litters create a swell of animals that must enter an already burdened shelter system. We also encourage communities to come together to support their local shelters through adoption, fundraising, supply drives, volunteering and the sharing of animal photographs and bios on social media—expanding the shelters reach and visibility.”

Do you need someBUNNY to love? How about a furry cat or dog? Animal shelters across Hampton Roads are filling fast! Staff members in VB and Norfolk tell me they can’t keep up. Tune in at 5:30 to learn what’s causing the increase #13NewsNow pic.twitter.com/MNDqKHptV5