What pet parents should know about shelter intake

Most shelters in West Michigan have systems in place to help quickly reunite pets with their owners. 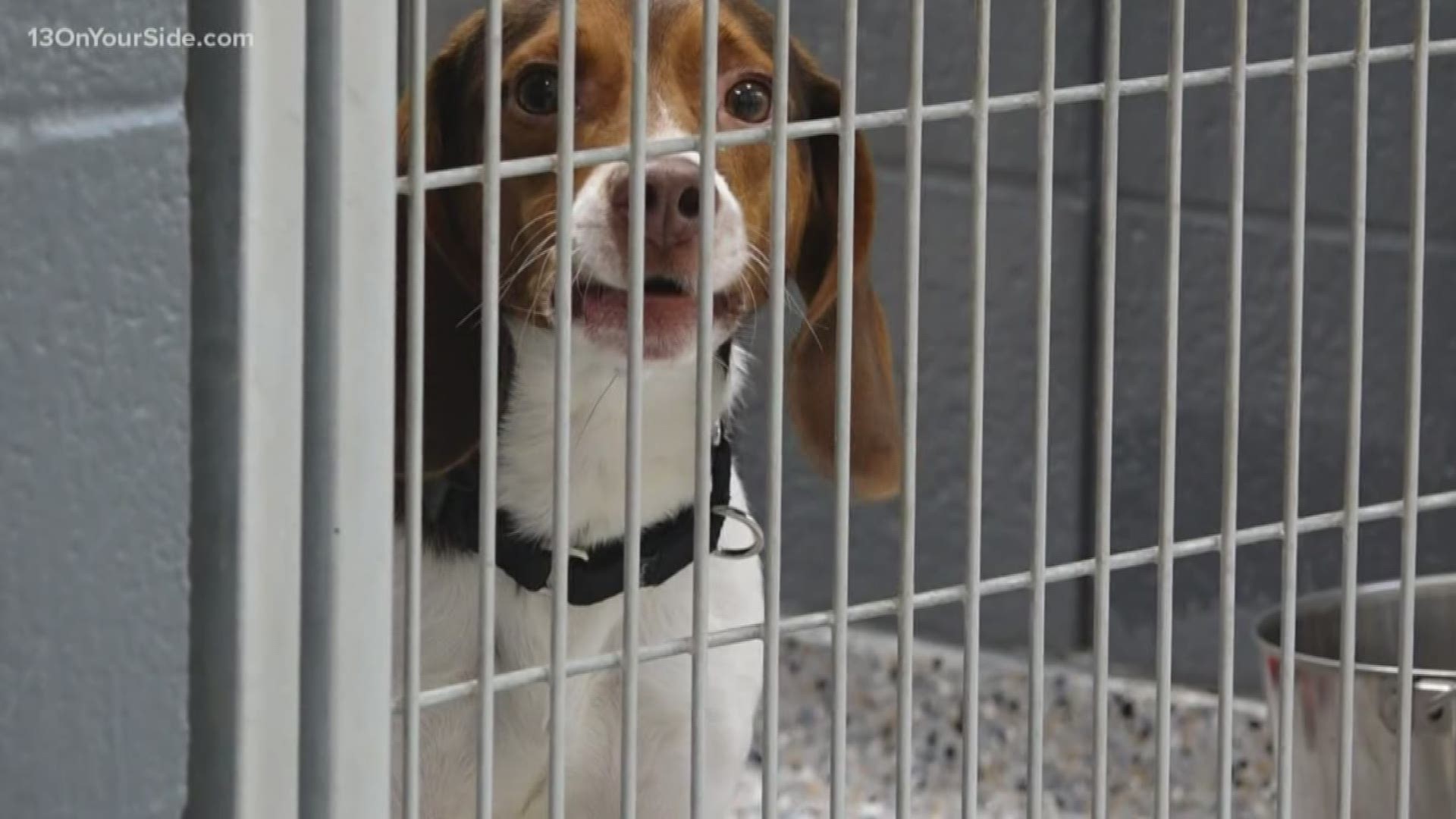 During the course of one day in 2019, Harbor Humane Society took in 30 cats.

Harbor Humane Society, which takes in all strays found in Ottawa County, took in 1,600 cats and nearly 500 dogs last year, but only about 2 percent of cats and less than 20 percent of dogs were actually reunited with an owner.

"We align pretty closely with the national average for those numbers," said Harbor Humane Society's shelter manager, Megan Winters. "I think it's a combination of factors. I think sometimes people just aren't aware that we exist and that this should be the first place you should check."

Winters said they have the intake process down to a system that starts with checking for a microchip.

“If the animal does have a microchip, we try to contact the owner before ever having to intake it into our system," Winters said.

Winters said staff members will call multiple times over several days and write a letter to the address registered to the microchip. More often than not, Winters says, the microchip information is out of date or the animal has no microchip at all.

Winters says state law dictates how long an animal should be kept in holding before it's put up for adoption. Animals that have some sort of identification are held for seven days.

“If the animal comes in with no form of identification, so it has no microchip, no collar, no harness, no nothing — then it’s four business days,” Winters said.

At the Kent County Animal Shelter, cats without identification are held for only two days due to the high number of cats the shelter receives.

Harbor Humane also keeps a log of any animals who are reported missing, so they can alert the pet's owner even sooner if their pet is brought to the shelter. Both Kent County and Harbor Humane prefer that pet parents come to the shelter in person to check for their animal.

There is typically a reclaim fee — at Harbor Humane it's $50 for first time offenders — plus any other additional charges like a licensing fee or rabies vaccine for dogs. However, most shelters will work with the pet's owner to reduce fees if finances are an issue.

If a pet owner discovers their pet is at the Harbor Humane Society after it's been posted for adoption, they can still come reclaim their animal at the same fee, however, a donation is encouraged.

"If [the animal] has been with us for weeks, we've invested a lot of money caring for that animal," Winters said.

Stray animals are provided with vaccinations and medical care while in the shelter's care, so the shelter often times loses money throughout that process.

"We do recognize that the animal is best suited in their home, so we will work with owners whether it's cutting down the fee or doing a bill system. The animal is better off with them than here," Winters said.

The Kent County Animal Shelter said it will also work with pet owners to ensure they can afford to reclaim their pet.

Both shelters ask that pet owners remember to update their pet's microchip. Harbor Humane Society will microchip reunited pets for $15.

Robin Walenga, who helps to reunite Kent County animals with their parents, provided the following tips for pet owners:

► Emma Nicolas is a multimedia journalist. Have a news tip or question for Emma? Get in touch by email, Facebook or Twitter.

Make it easy to keep up to date with more stories like this. Download the 13 ON YOUR SIDE app now.