Pet safety during 4th of July: How to keep your furry friends from running off at the sound of fireworks

Norfolk SPCA gave some tips to help prevent your pets from getting lost during 4th of July celebrations. Lots of pets run away on this holiday ever year. 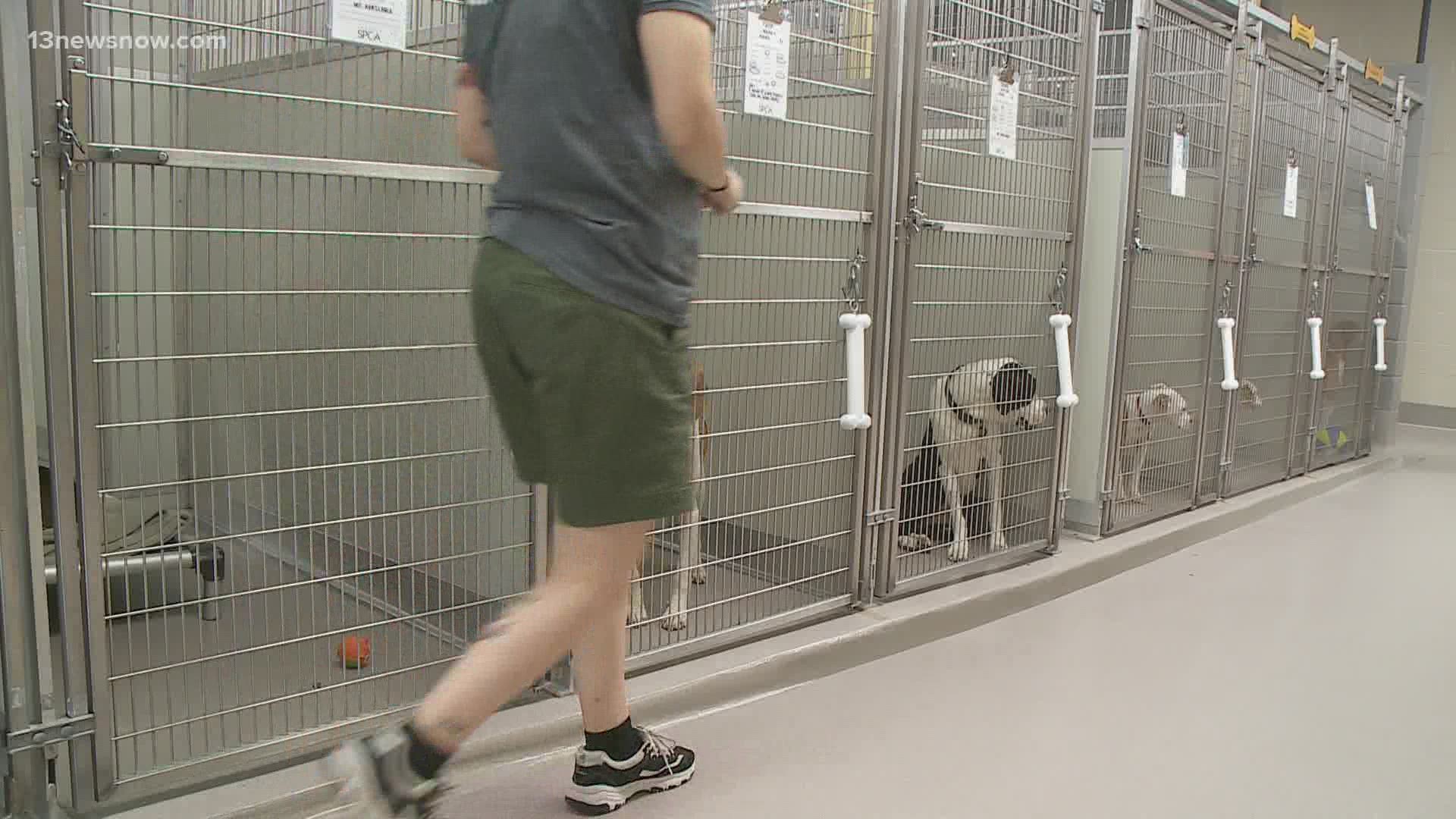 NORFOLK, Va. — It’s Fourth of July weekend, and even though fireworks aren’t allowed in the state of Virginia, area police have been responding to an influx of calls about people launching them in neighborhoods without a permit.

That sound is more than startling to pets - it’s potentially dangerous.

The experts at the Norfolk SPCA told us that fireworks and animals don't mix well.

“(It's) terribly frightening for them,” said Kimberly Sherlaw, the shelter's executive director.

Sherlaw said the noise is an issue every year for animals like cats and dogs.

That makes the Fourth of July an important day to take action that could help your furry friends from getting scared and running away.

Sherlaw said first thing's first: make sure you have a collar on your pet. Secondly, don't leave them outside when you expect fireworks to be going off.

"It's important to be aware. Don't bring them to a celebration,” she said. "Once they're inside, you can create a calmer environment. Close the blinds, close the curtains.”

She recommended taking any measures possible to drown out the noise of fireworks, because an animal's reaction to those sounds is to run.

That’s why every year, a lot of pets are lost on this holiday, and people go looking for them on the 5th of July.

"It's one of the busiest times for lost pets actually, in sheltering across the nation," Sherlaw said.

It's also helpful for your pets to be microchipped.

"That microchip scanner - that's the best way to get your pet back,” said Sherlaw.

Norfolk SPCA volunteer, Michael Mera, said they're ready for the influx of calls and runaway animals.

"There's not a job that's too large for us to handle,” Mera said. He said the pets that are at the SPCA are well looked-after. Volunteers even play calming music for them, inside the shelter.

"We take care of them when we can, and obviously the best we can," he said. "As you can see they kind of enjoy it.”

Still, it's up to you to take every step you can to protect your loving animals, and if they get lost, call your local animal control center and SPCA.

RELATED: Where to watch July 4th fireworks on TV, online this year