Abandoned dog and her puppies are up for adoption in Yorktown

A mama dog and her pups need new homes after someone abandoned them in a dresser left in the woods. A Yorktown foster-based organization is trying to help them. 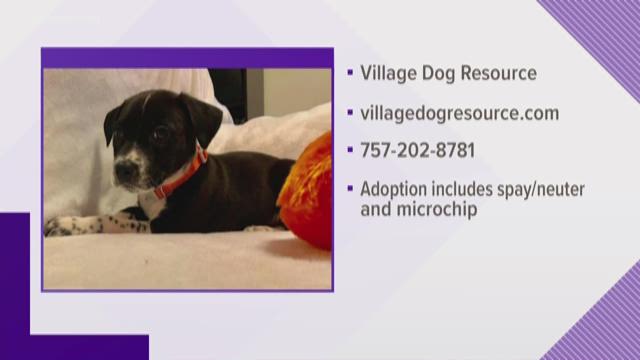 YORKTOWN, Va. — A dog and her newborn puppies were found abandoned and starving inside a dresser that had been left in the woods.

Now a Yorktown foster-based organization is hoping to find them forever homes.

Village Dog Resource posted about the dogs on Facebook. The mother, named Ladybug, was found extremely emaciated. Then shortly after arriving at the shelter, her litter of eight puppies got parvo.

They thought they'd lose all of the pups but five of them survived and have made full recoveries.

Those five surviving puppies are estimated to be a little over eight weeks old and are ready for adoption. They still need some vaccinations, but the organization says they're health and go home with other vaccinated dogs.

When they're adopted, the organization will get them spayed and neutered and microchipped.

If you're interested in adopting any of the dogs, you can reach out to Village Dog Resource on Facebook or call 757-202-8781.