With comedy clubs shut down during the pandemic, comics are having to get creative to reach fans. That's why Quincy Carr created a profanity-free, online show. 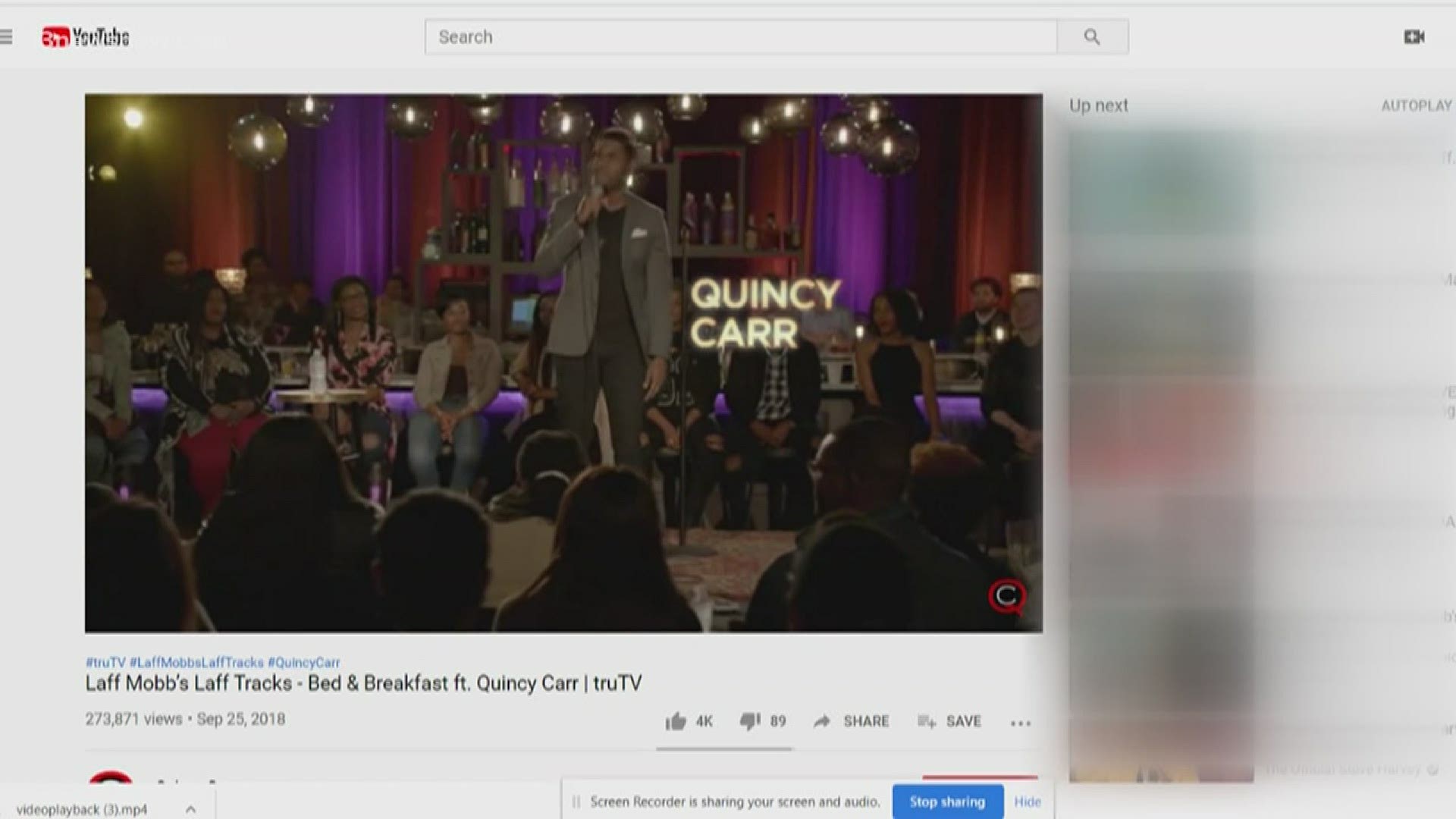 PORTSMOUTH, Va. — As the coronavirus impacts daily lives, people may struggle to find reasons to laugh and smile.

"I'm always out and about. And all of that has now become, now I'm just trying to get out. And I think that's not just me, it's everybody," said local comedian Quincy Carr.

Carr says he performed four to five times a month on average before the pandemic and hosted his own live comedy show. Now, he has a new way to offer up humor while at home. "Okay, I'm not going to be able to physically be in front of people anymore to make them laugh," said Carr. "So, I really have to go a little bit deeper in my connection with people via social media."

"I wanna be able to reach everybody, not just a certain group of people," said Carr. "And I said, with that [clean comedy] brand, that's gonna allow me to do that."

Carr said his material has evolved during the crisis, and he hopes people can turn to the show as an escape until he can take the stage again.

"It's an instantaneous emotion called laughter that people want, they desire, and it really does lift your day," said Carr. "And so, as far as me being a comic, that never stops."

RELATED: Nauticus goes virtual during pandemic to connect to the community