Becoming an Eagle Scout is the highest honor in the Boy Scouts of America organization. Four girls from Chesapeake and three from Virginia Beach hold the honor. 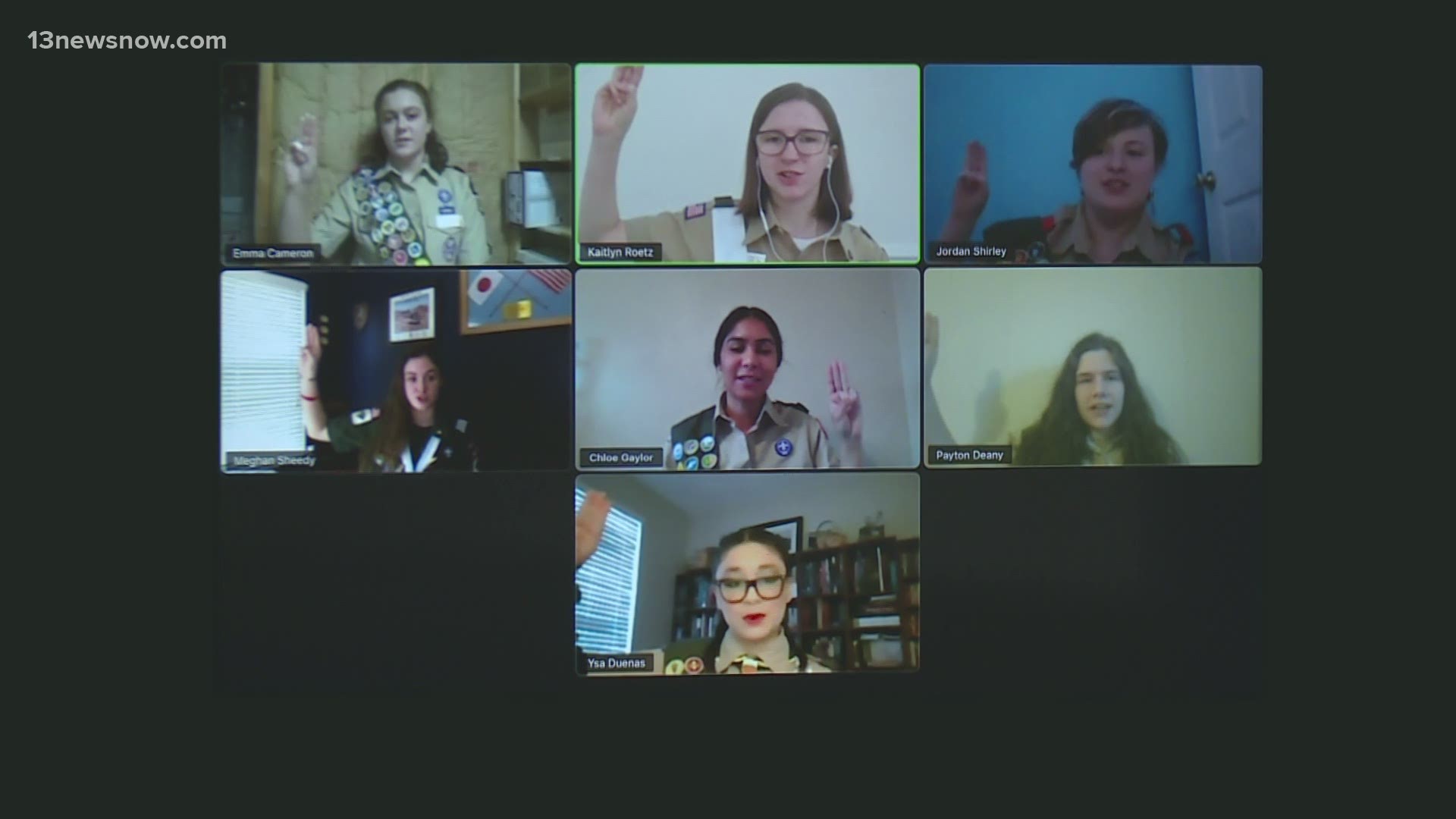 VIRGINIA BEACH, Va. — They are future doctors, a teacher, an aspiring Naval officer and the next aerospace engineer.

But before their careers take off, seven girls in Hampton Roads made history. They're among the first female Eagle Scouts in the country.

“Even though we are females and males we are all part of a brotherhood," said Roetz, a graduate of Kellam High School in Virginia Beach.

Becoming an Eagle Scout is the highest honor in the Boy Scouts of America organization with only 4% of scouts reaching the top rank. It's a process that usually takes years, but these seven teenagers did it in 18 months.

“We’ve accomplished so much in so little time," said Duenas, an Illinois transplant and current Grassfield High School student in Chesapeake.

It’s only been two years since girls were first allowed to join the organization as adult scouts.

Most of the new Eagle Scouts in this group say they were welcomed with open arms at first, but it wasn't an easy transition for all of them. The organization's decision to become co-ed has continued to stir debate.

Becoming an Eagle Scout comes with its advantages. In the military, for example, you're promoted to a higher rank automatically if you have the accomplishment on your resume.

Until now, that's an edge only boys had the opportunity to achieve.

“They were not accepting towards me," said Duenas, referring to friends and fellow Boy Scouts in Illinois. "It didn’t matter to me as much what other people thought.”

All seven girls were sworn in as part of the inaugural class of Eagle Scouts on February 8, the 111th anniversary of the Boy Scouts of America.