She was late to a meeting inside the north tower. A Norfolk woman is still dealing with trauma from 9/11

Sylvia Boone ran from a gray cloud of debris, a firefighter helped her get to safety. She lost more friends than she can count. 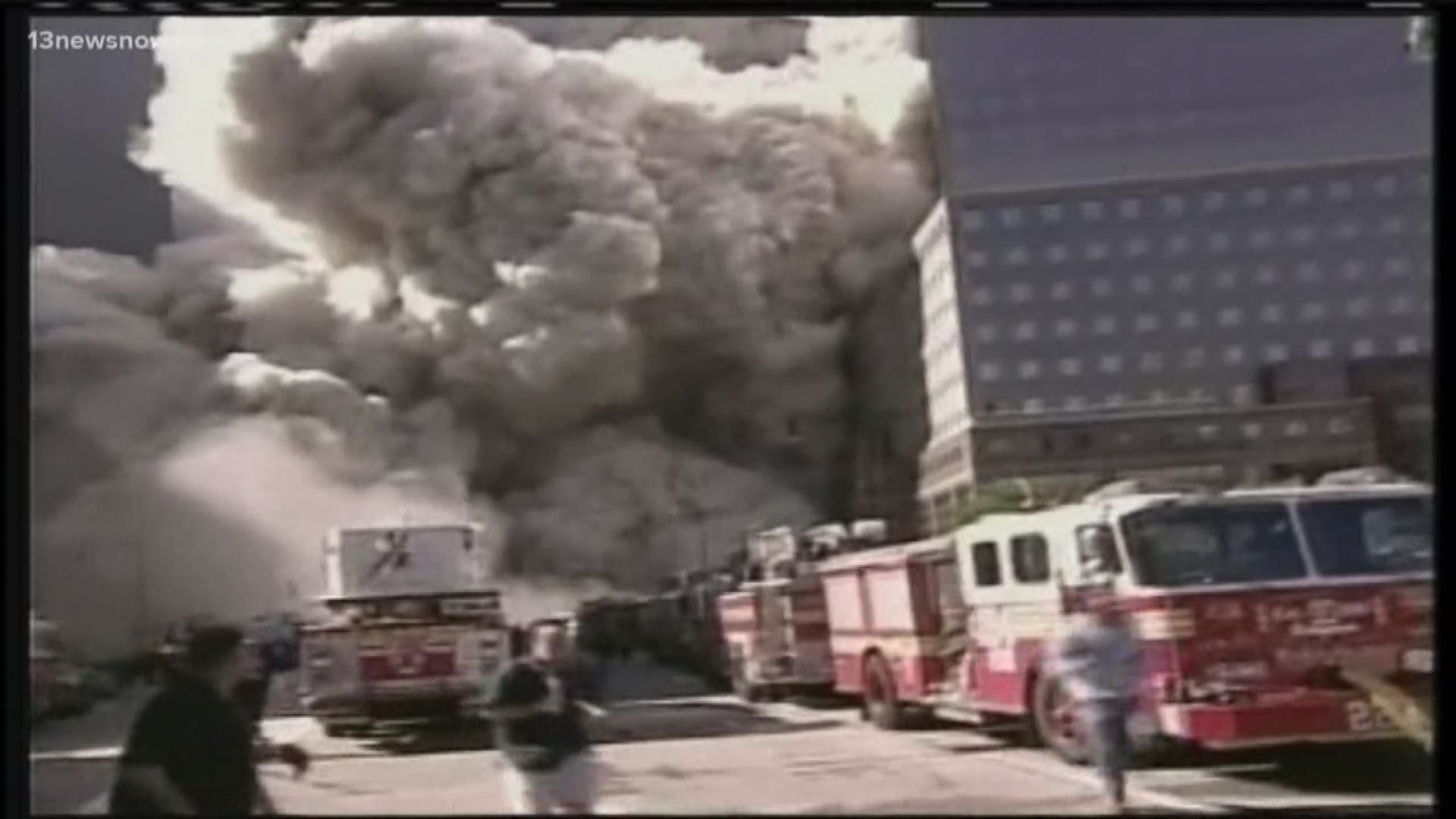 NORFOLK, Virginia — On Wednesday afternoon, Sylvia Boone stood outside of her doctor’s office.

The Norfolk woman had a break between testing for sleep apnea. Her sleep pattern hasn’t been the same since 9/11. Eighteen years later, she’s finally dealing with the condition.

For her, September 11, 2001, is a painful memory she can’t erase. Boone worked at Goldman Sachs on Wall Street.

Her day began as she helped her children get ready for school that day.

RELATED: 'Brings people together' | Man's tribute to 9/11 victims makes its way through Hampton

She was late to her meeting, which happened to be inside of the north tower on a floor sitting above where the first plane hit.

“We look up and I see the tower, papers are already coming out of the towers. I’m like, ‘Oh, they must be shooting a movie,” said Boone.

“I get off the boat, I start running towards the towers,” said Boone.

As she rushed to her meeting, her friend, who was already inside of the tower called her to tell her the building was on fire.

Boone said she tried to run away as the first tower collapsed, but she hurt her knee and fell. Moments later, she was on the ground leaning against a pillar.

“I remember specifically, curled up, it was the loneliest moment of my life,” said Boone.

At that moment, debris surrounded her to the point where she couldn’t see beyond her own hand.

Boone became disoriented. She started to pray and deliberated whether she would stay there or try to escape. The sound of people running away surrounded her.

That’s when Boone reached out her arm and grabbed onto someone’s jacket.

That person was a firefighter.

Boone said he carried her onto one of the last ferry boats to leave Manhattan.

As the boat pulled away, everyone on board watched the second tower collapse.

“The boat was in complete silence except for those moaning… moaning, and wailing,” said Boone.

When the boat docked, she ran to the high school her children attended.

“I looked up and I saw my kids, and it was the most crazy moment of my life... a moment I’ll never forget,” said Boone.

“Then, other kids, who I knew their parents were in the tower, would ask me, ‘Miss Sylvia, did you see my mom? Is my mom coming on the next boat?’ And all I could tell them was ‘Babe, let’s just wait.’ So we prayed, we waited, and later on, we did find out that a lot of those kids... their parents did not make it.”

Boone lost more friends and colleagues than she can count on that day. At least 16 people she knew didn’t make it out of the tower alive.

“It was a day that America in my eyes proved to be vulnerable. It just made me want to tell my friends: don't take life for granted. Don't take the protection that you think is yours for granted,” said Boone.