These are the best items to buy on Thanksgiving Day, Black Friday, Cyber Monday

And how much should you expect to save on those special shopping days? 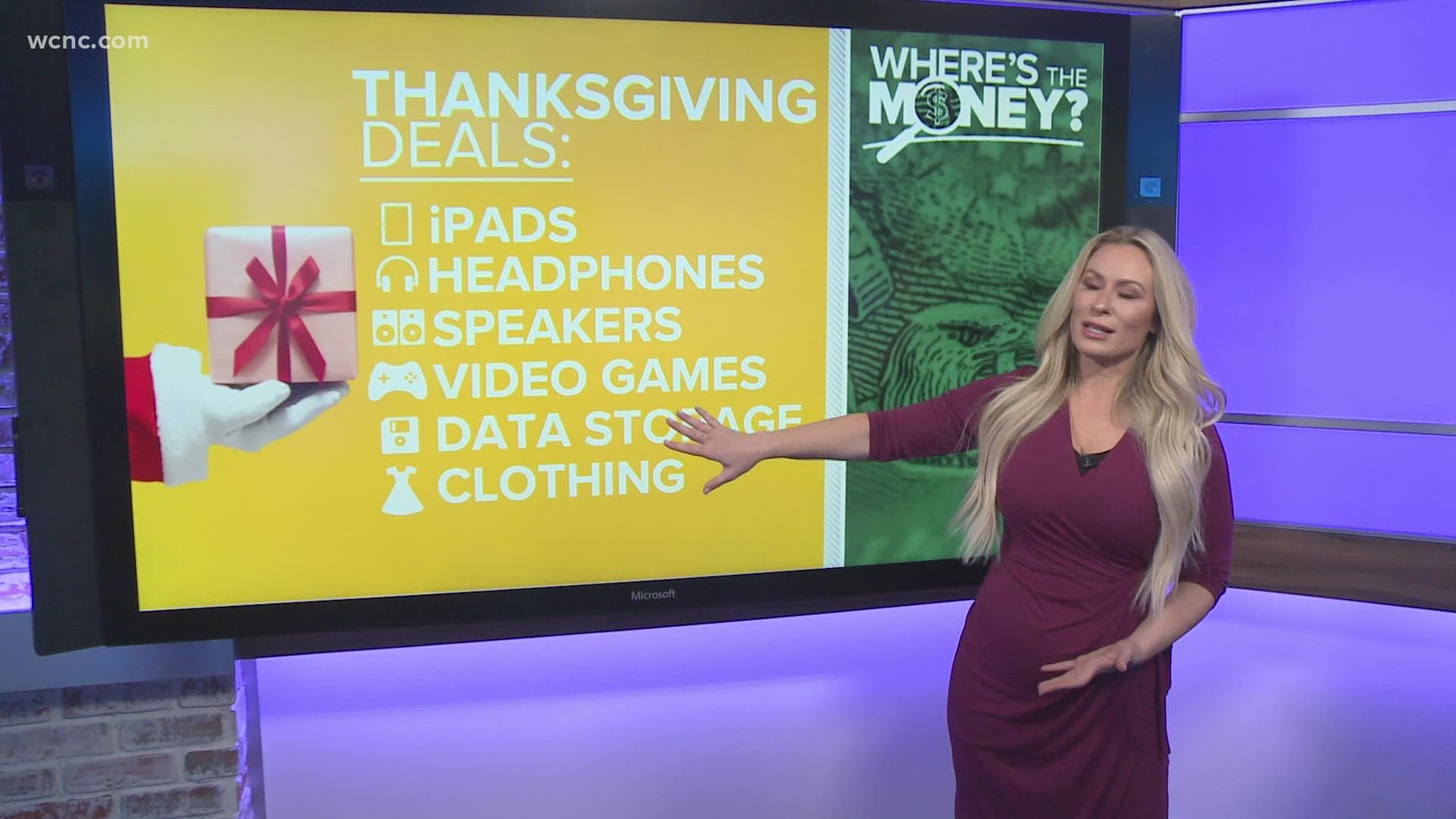 CHARLOTTE, N.C. — It's that time of year when bargain hunters get strategic about when to holiday shop.

Be warned, this shopping season won't be like what we've seen in the past.

Deal News Consumer Analyst Julie Ramhold said there won't be as many deals this year and the deals people will see won't be super deep discounts.

“One thing that we’re really starting to see now is that the discounts that are coming out now, especially from the major stores, are actually weaker overall, so certain categories may be OK, they may be similar to last year, but as a whole, we’re seeing prices on things like TVs that just aren’t hitting the lows we expected," Ramhold said.

RELATED: Thanksgiving 2021: Which stores will be open, closed

Ramhold explained there will be good TV deals out there, but they won't be at the astonishing level some consumers have grown used to in years past.

WCNC Charlotte is always asking "where's the money?" If you need help, reach out to the Defenders team by emailing money@wcnc.com.

There's a reason for the decreased savings.

“This very much comes down to the fact that some of these major retailers have chartered their own ships to try to get items from overseas in time for the shopping holiday," Ramhold said. "That's more expensive to do than the traditional shipping methods so now as a consequence, they can’t really offer the same sort of discounts that we’re used to seeing so they can still offer sort-of modest ones, but we’re not seeing those rock-bottom prices that we’ve become accustomed to necessarily.”

It's not all bad news though, as there are still shopping deals. According to Ramhold, Thanksgiving Day deals will include:

Ramhold said a lot of the Thanksgiving Day deals will be carried over to Black Friday, but, in addition to those, expect to find these deals Black Friday:

Deals on Cyber Monday some similar items, but especially: