At 20 months old, Cheyenne Stocks, the youngest of five, was diagnosed with cancer in her central nervous system. Three years later, her scans are coming back clean. 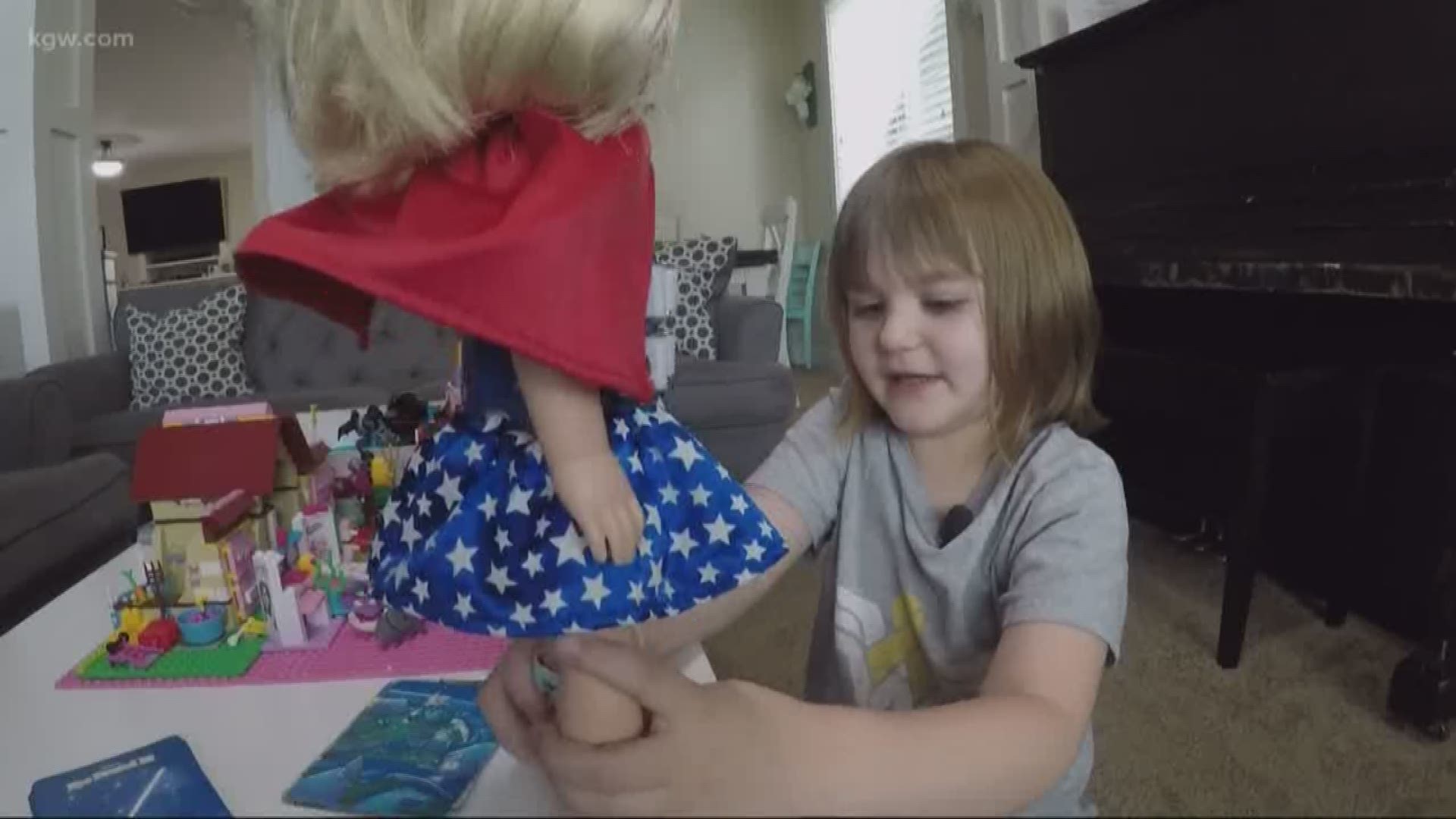 OREGON CITY, Ore. — It is the season of giving and for some that means giving thanks.

The Stocks family in Oregon City has plenty to be thankful for.

In December 2016, Christina Stocks started noticing little changes in the way her 20-month-old daughter Cheyenne walked. She was walking around, but needed to hold onto walls, chairs or whatever was around to keep her balance. Her mom took her to the pediatrician to get a checkup and was immediately referred to Doernbecher Children's Hospital to get checked out further.

Two days later, Cheyenne underwent an MRI exam and then waited for the results.

"We had this whole team of doctors that came in and she wasn't even back yet. So right then I knew. I knew it wasn't good," said Christina Stocks, Cheyenne's mom.

Doctors performed surgery on her back and removed a portion of a tumor attacking her central nervous system. Tests confirmed it was cancerous.

"It's Anaplastic Ependymoma. So it's considered a fast-growing tumor. Out of the different types of ependymomas it's the more aggressive of them," Christina said.

A second surgery was done to remove what was left and the family had high hopes there wasn't anything left.

"We went in six weeks later and we were feeling totally positive that we're going have a good MRI and then we got the results that it was back," Christina said.

Except this time it had grown to about one-third the size of the original tumor. It was growing fast and aggressively. Doctors performed surgery once again on 2-year-old Cheyenne. This time, it was more successful.

The toddler would have to undergo more than two-dozen rounds of radiation in an effort to eradicate the tumor.

"Luckily, that worked because your body can only handle so much radiation," Christina said.

Christina said that because of the amount of radiation, Cheyenne has an elevated risk of developing breast cancer later on in life.

After the third surgery, Cheyenne started losing feeling and mobility in her left leg and would spend the next two years in occupational therapy. She still doesn't have all the feeling back and most likely won't, but it doesn't keep her from getting around.

"You look at her run around and she has found ways to cope with her disabilities. Like coming down the stairs, she'll sit on her butt and she's probably faster than anybody else, but she can scoot down the stairs," Christina said.

As December comes around each year, it's an annual reminder of what has changed in their family, but the Christina says the family is thankful for what they have.

"I'm thankful for her that she's here. She has shown me how strong I can be," she said.

If you have something to be thankful for, send us an email at newstips@kgw.com.

Ashley Korslien
Last week, I asked YOU what you're thankful for -- and I was incredi... bly touched by your stories!!! So, to share more positive stories at KGW-TV, we are starting a new series called "Stories of Thanks," where we feature YOUR experiences. I hope you tune in at 4pm today to see Cheyenne's story.

RELATED: 'There are no age requirements to make a difference': 9-year-old runs for kids with cancer