New hippo parents Zambezi and Biko took a shining to each other nearly immediately last year. 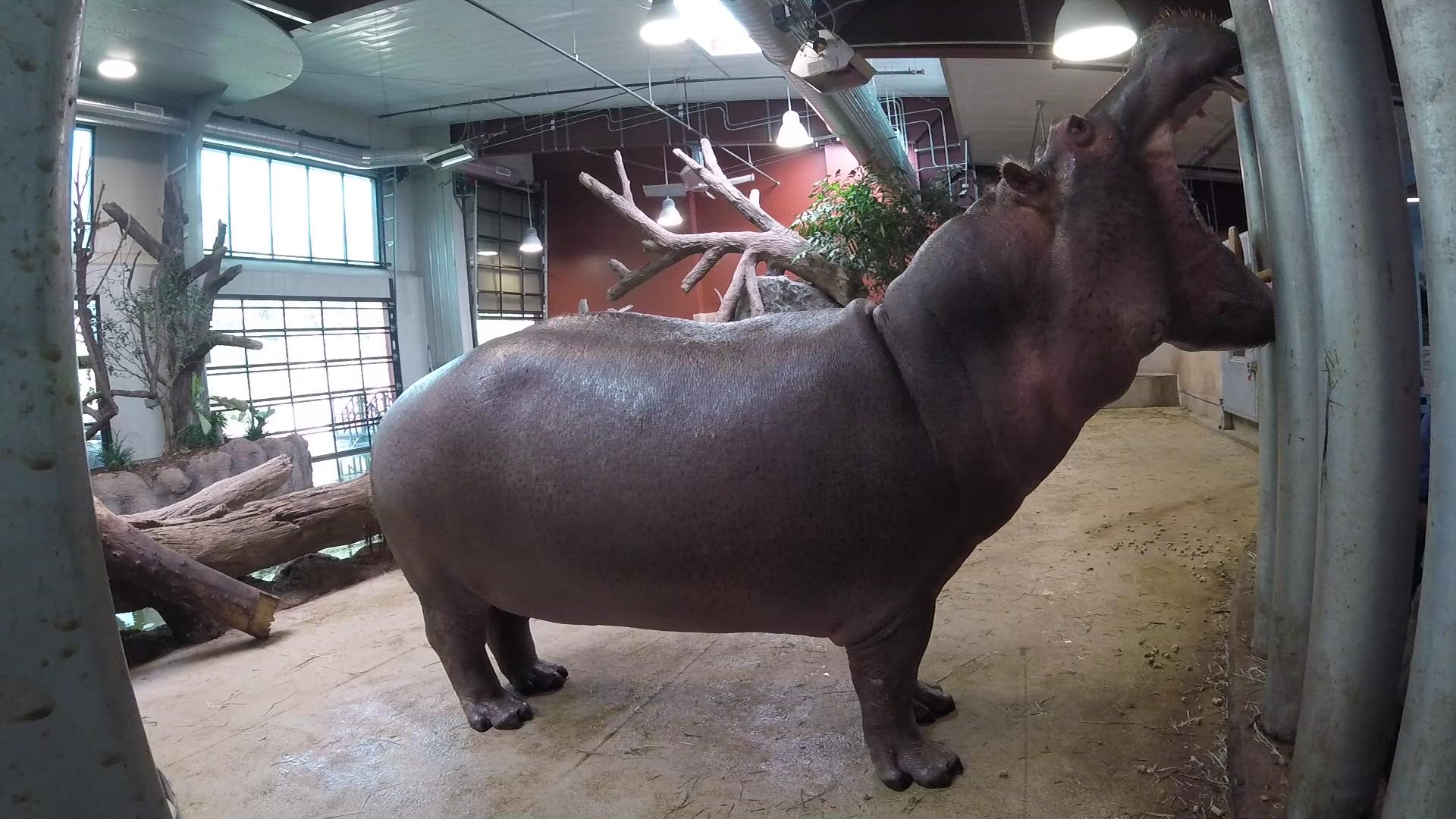 Cheyenne Mountain Zoo has announced the gender of its four-week old hippopotamus.

First-time Nile hippo father Biko smashed a watermelon with the insides dyed blue (with animal-safe food coloring) to reveal the big bundle of joy... is a boy!

The baby boy hippo was born underwater in July and is the first born at Cheyenne Mountain Zoo in 32 years. The baby bobbed up and down in the water and swam right over to meet its 28-year-old mom Zambezi, according to the zoo.

“It was an incredible moment to see this beautiful baby join our family,” said Cheyenne Mountain Zoo's Philip Waugh. “Zambezi’s a first-time mom, but she knew just what to do. As soon as she delivered the calf, she turned around to greet it and started helping it to shallow water. I’m so proud of her.”

The baby is the fourth member of the hippo herd at Cheyenne Mountain Zoo. Newborn hippos can weigh between 40 and 80 pounds. After one month, the baby now weighs 115 pounds.

Guests can see the baby and hippo family in the "Water’s Edge: Africa." The zoo said if mom Zambezi or the baby show signs they need more quiet time, the zoo will close the area temporarily.

In June 2020, Biko, a now 18-year-old long-legged male Nile hippo, joined the hippo herd on a breeding recommendation with Zambezi and her sister, Kasai. Biko and Zambezi took a shining to each other nearly immediately, according to zoo officials.

“Like any new couple, their first ‘dates’ had a few awkward moments, but once they connected, it was full-on hippo love,” said Waugh. “The two of them wanted to be together constantly, and we accommodated! They would do a hippo breeding ‘dance’ where they would swim nose-to-rear in a circle. We also saw them taking turns resting their heads on each other’s rear ends for little pool naps. They made it clear they liked each other. We saw their first successful breeding in November.” 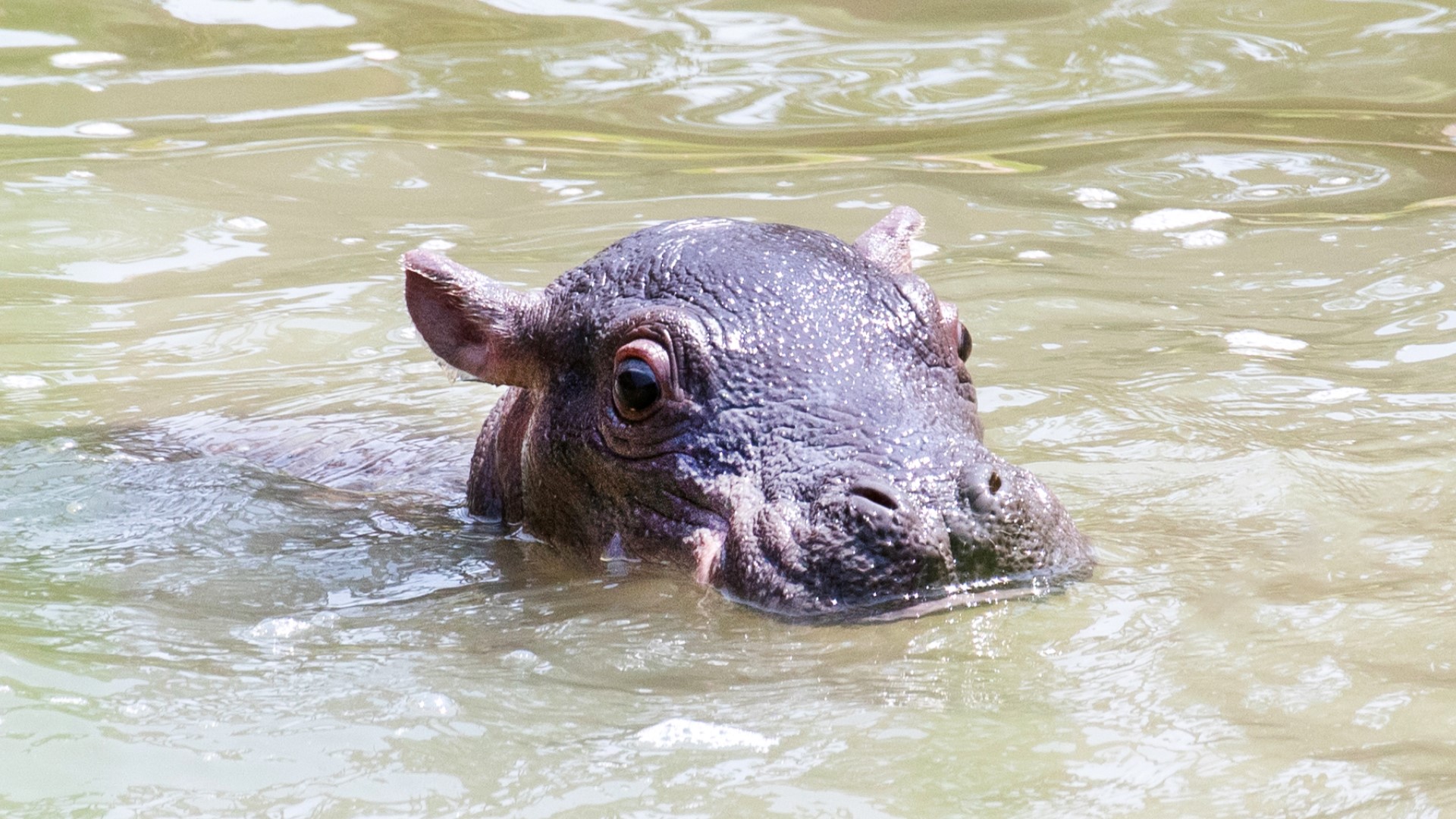 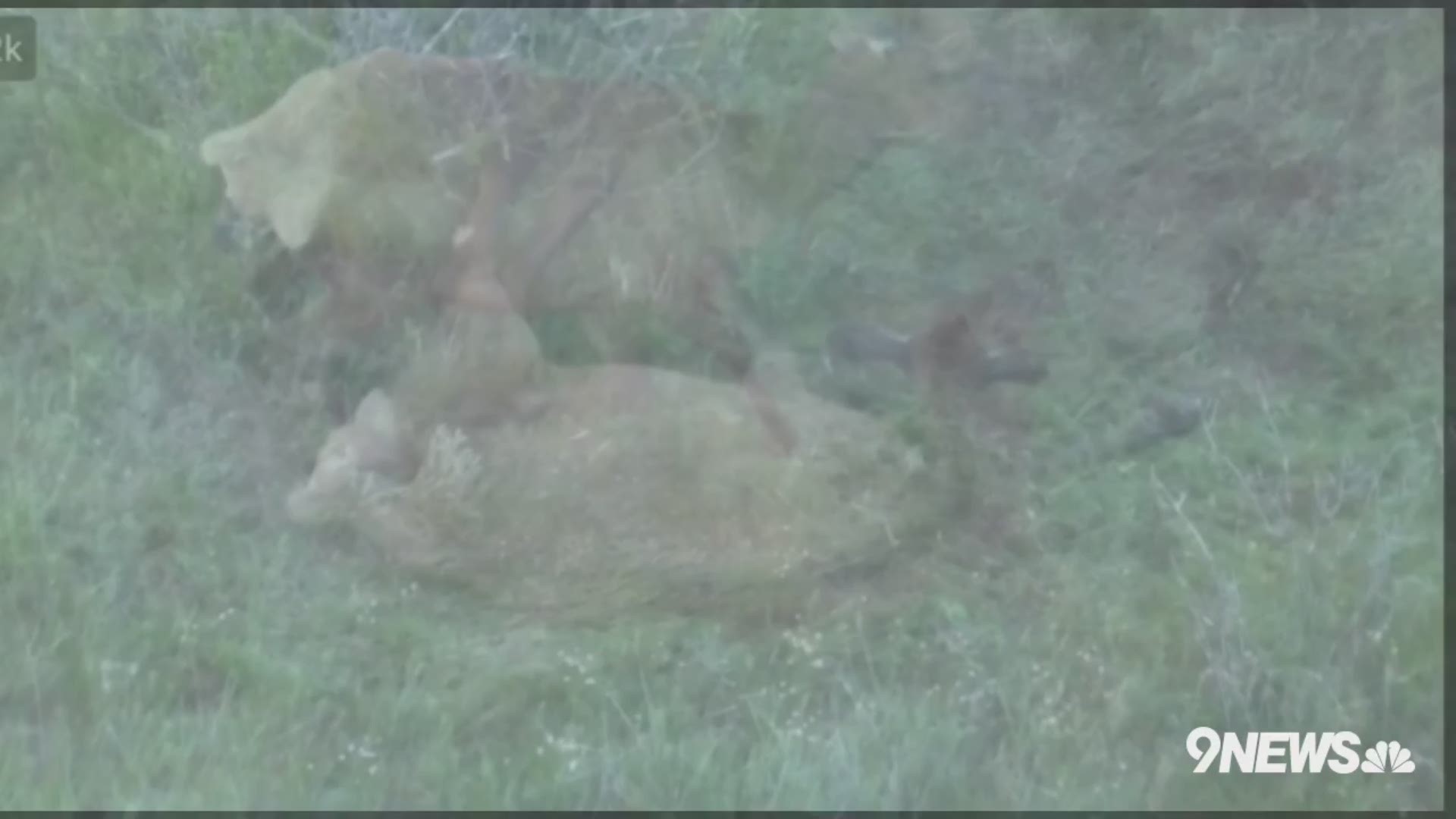