Surf Rider in Poquoson reopens, less than a year after devastating fire

The seafood restaurant reopened its doors Monday, less than a year after a fire almost completely gutted the building. 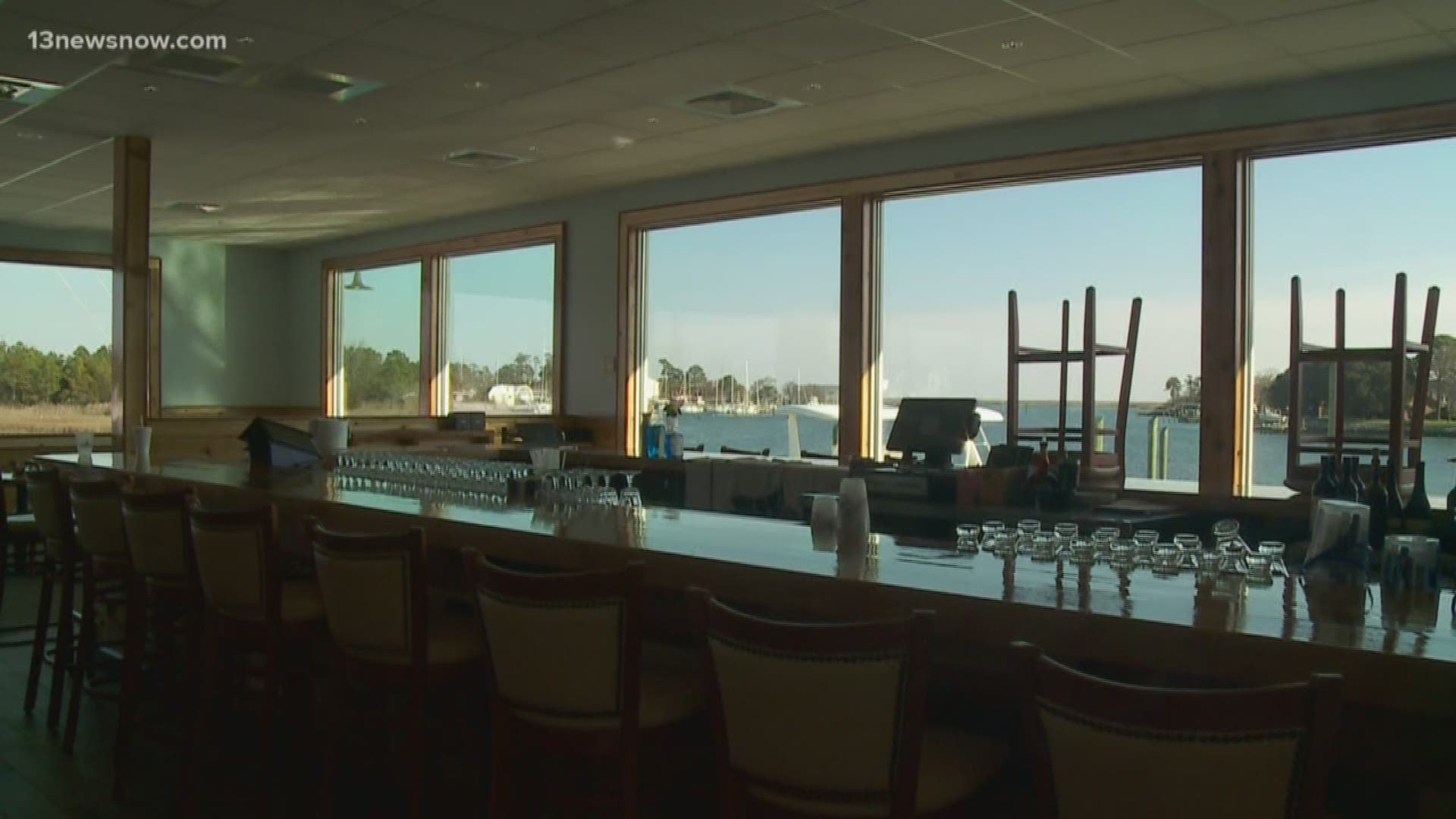 POQUOSON, Va. — A Poquoson seafood restaurant is making a comeback after a fire destroyed it last year.

At 11 a.m. Monday, Surf Rider opened its doors once again at the Whitehouse Cove Marina on Rens Road.

A fire gutted the restaurant last June, and the owners have spent the time since rebuilding it. They recently posted pictures on their Facebook page of the revamped restaurant.

Timmons said the day of the fire, "Ah, my heart sank. It was a hard day. Our staff is our family, so it was like watching your second home burn down."

State fire arson investigators tell us the flames destroyed so much of the building, they can't figure out what started the fire.

The restaurant, which opened eight years ago, had become a staple in the Poquoson community.

Timmons said during the eight months they were closed, the community "definitely showed us that they missed us."

Now this new building feels like an intersection of the old meeting the new.

One recovered piece from the old building hangs at the entrance and pictures of the fire hang on the walls. But the focus for this reopening is on the same quality service, with spacious panoramic views of the marina.

Behind the scenes lives the heart of the restaurant: the kitchen.

"All new pots and pans. We don't have to worry about anything going out on us,” said Assistant Kitchen Manager, Joey Donatellie.

The fresh supplies inspire the staff. "Basically if the food looks good, it tastes good,” he said.

Even with the new resources, it's the same feelings for everyone at Surf Rider.