It was a hot summer day at rowing practice when suddenly the coach had a life-threatening accident. That's when two team members sprung into action. 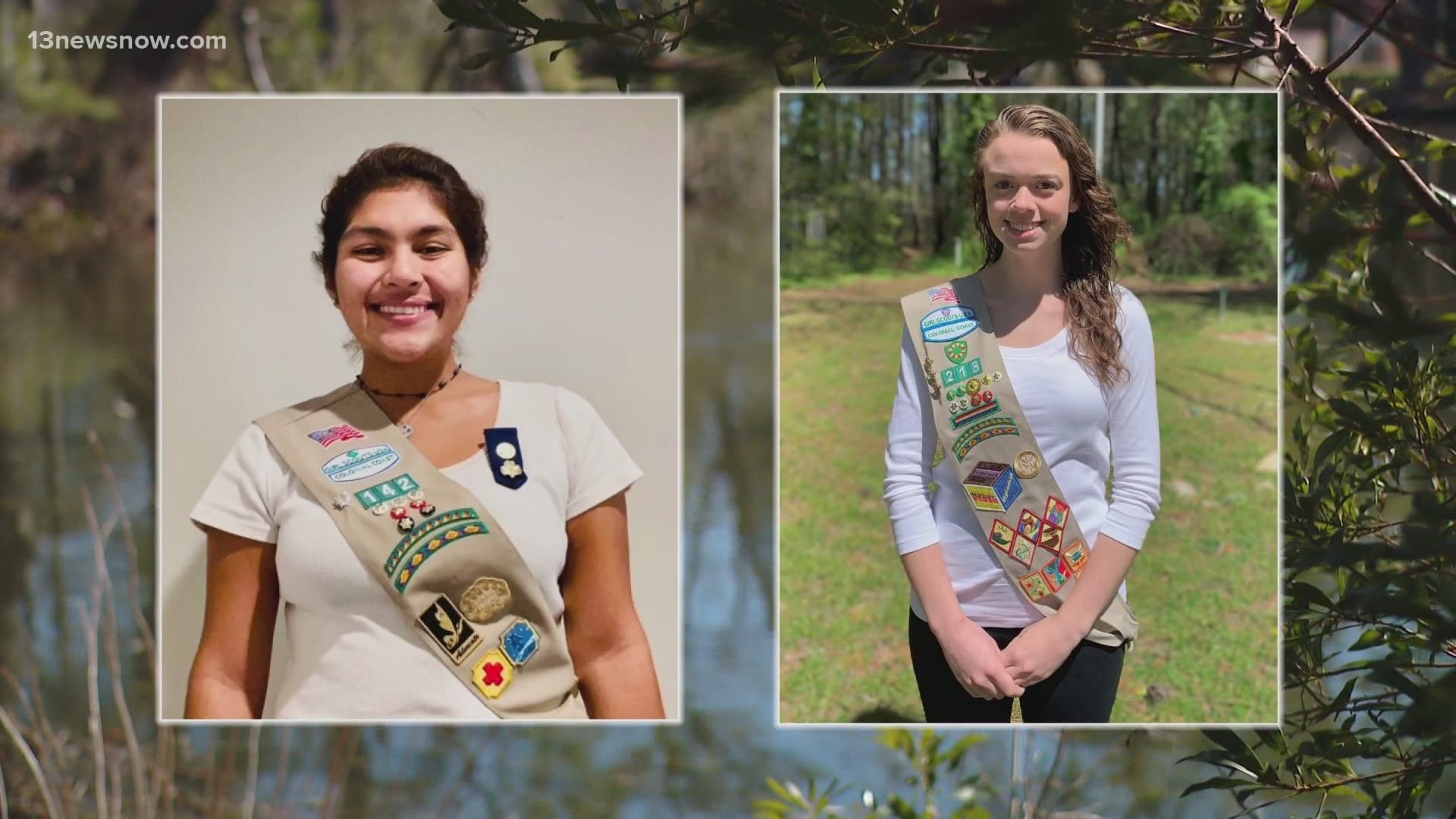 Morgan Harvey, a freshman at Virginia Tech, and Gabriella Gonzalez, a senior at Cox High School, were part of a crew of people who saved the life of their rowing club team coach Dr. Mark Winters.

Winters says he will spend the rest of his life expressing his gratitude.

"It's been my good fortune to have had them with me at the time of my accident," Winters remarked.

The accident happened on a hot summer August day in 2019.

At the end of practice on Lake Joyce in Virginia Beach, the rowing team decided to have a little fun on a rope swing. Winters and the team took turns swinging on the rope and landing in the water. But on Winters' second turn, he came down hard, striking the bottom of the lake and fracturing his ankle.

"My left foot was floating around almost severed," Winters said.

Harvey and Gonzalez joined another coach and team members in rushing to help Winters.

"Gabby raced out of her racing scull and swam over to help one of our assistant coaches to me to the shallow waters, where she supported me, mentally and physically," Winters recalled.

She helped hold up his body above water while talking to him as he was going into shock.

"I got him talking about races or times when we were having fun," Gonzalez said.

In the meantime, Harvey quickly rowed back to shore to help guide rescue crews to the right place and organize other team members.

"When you do something like that, you're kind of in the moment and you know that you have to help them," Harvey said.

For both teens, Girl Scout training kicked in.

"Calm under pressure, so it definitely kicked in that this person needs help and I need to be able to help them, calmly," Gonzalez explained.

Girl Scouts USA chose both Gonzalez and Harvey as recipients of a National Medal of Honor Lifesaving Award.

Winters says he lost almost half his blood in the lake. He is still recovering after having to learn to walk again following numerous surgeries. The injuries forced him to leave his clinical practice in family medicine and he now works as a part-time medical director.

The accident is still very hard to talk about. His gratitude is not.

"They helped not just at the time of my accident to help save my life and my leg, but they helped me even afterwards and during my recovery. I'm forever grateful for that," Winters noted.