Veterans Day looked a little different in 2020 because of the coronavirus pandemic. 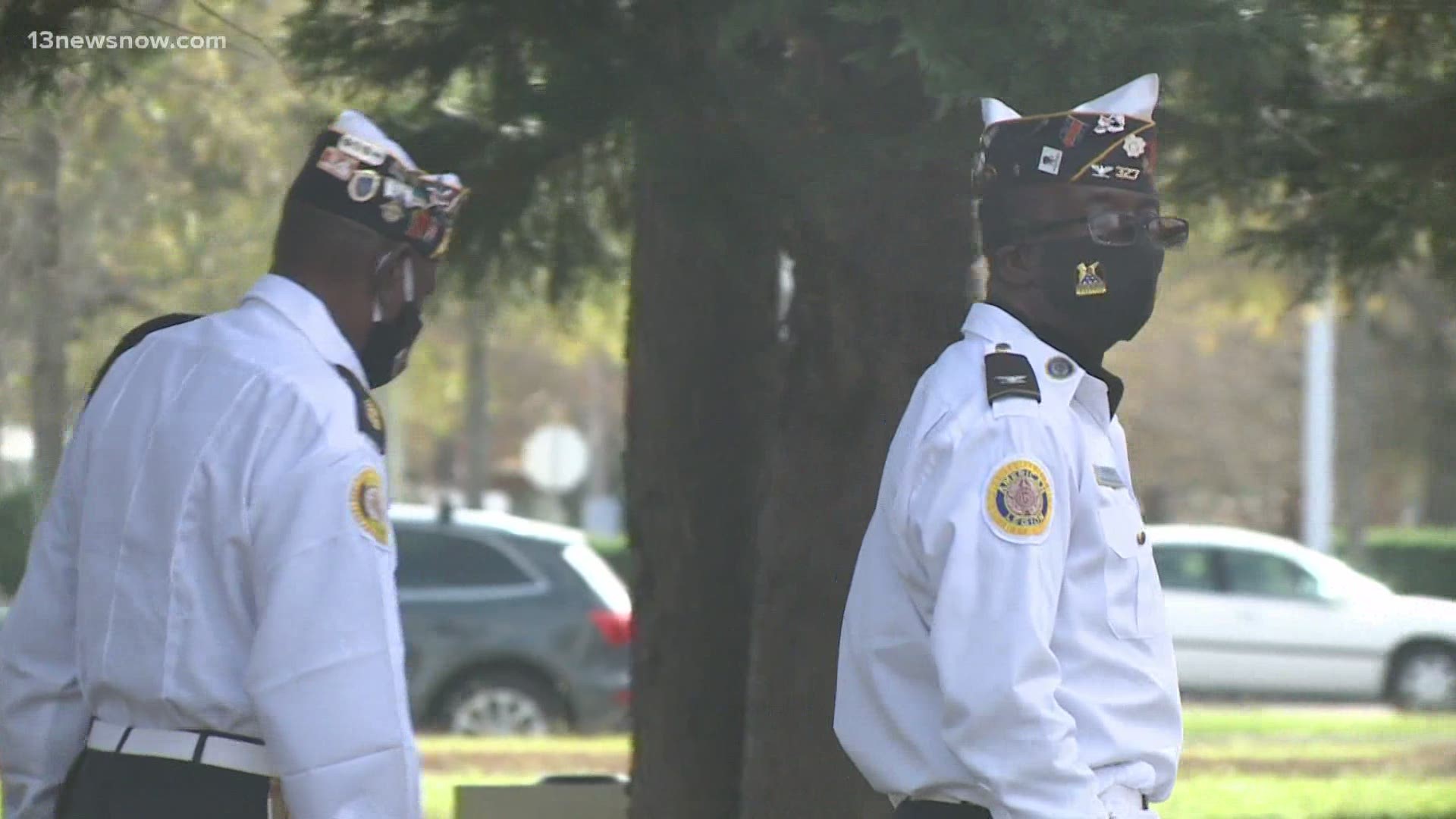 There were no cheering crowds or families lining the streets, waving flags at the annual parade in Virginia Beach.

Instead, community members came together to commemorate the day in their own way.

“People miss the parade. The parade is a lot of fun and a lot of people come out here for the parade," veteran Kenny Golden said. "We decided to come out and spend a few moments talking about veterans, saluting the flag, and saying a prayer, and singing, 'God Bless America.'”

As Navy jets roared overhead, people gathered on the ground at the Tidewater Veterans Memorial.

Joseph Grady, a veteran and post-service officer at VFW 392, helped organize the event.

Organizers canceled this year’s parade because of the coronavirus pandemic.

They said in a statement back in July, canceling the parade was in “the best interests and safety of veterans and the Hampton Roads community.”

People said they didn’t want that to stop them from paying tribute.

“We have a brick placed here for my father from several years ago and we also have ones for classmates that I went to school with," Bill Gambrell said.