Married 35 years, Kathleen and Kenneth Connors have endured life's highs and lows together. Now, they have to learn how to navigate a new trial: lung cancer. 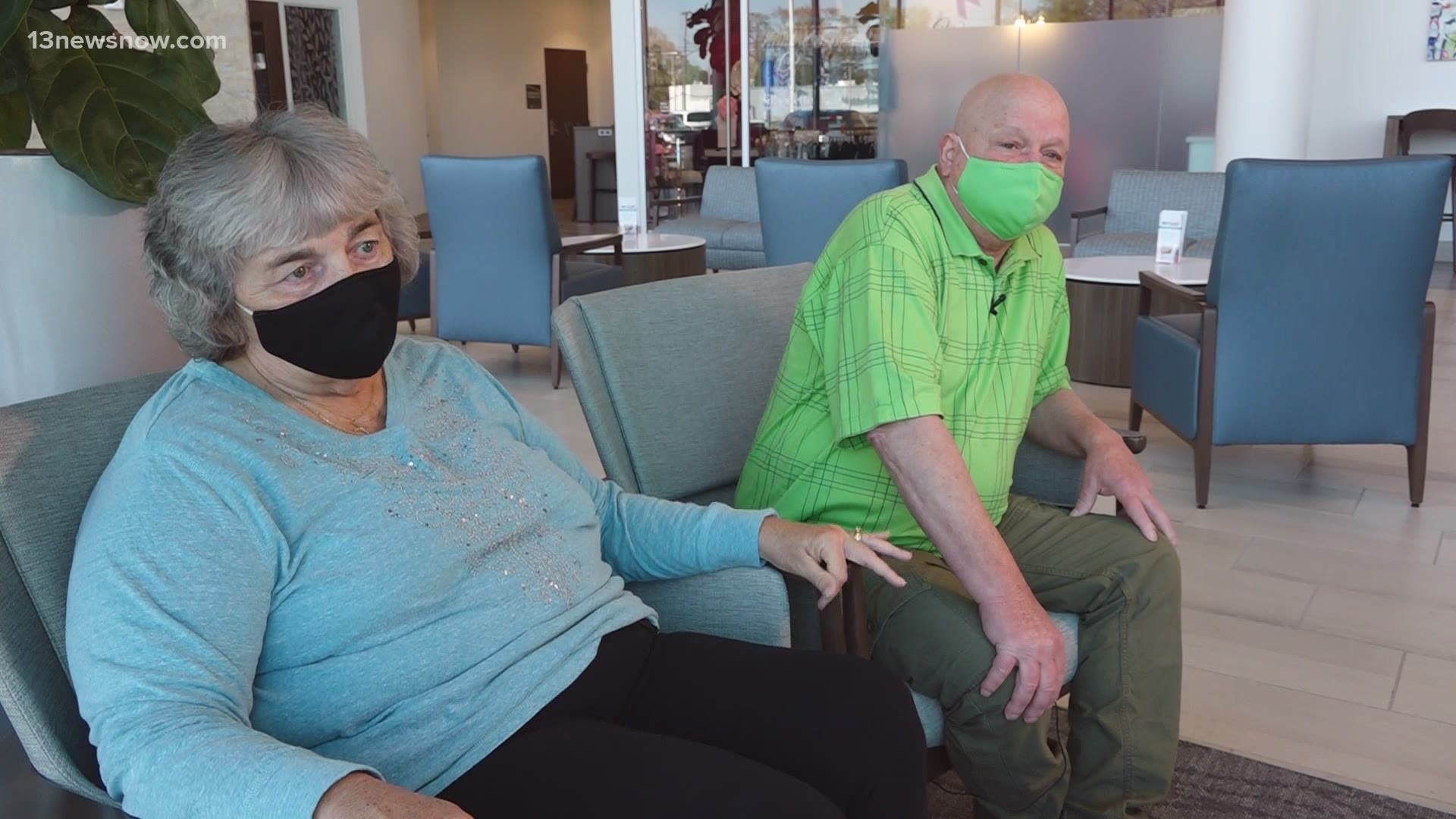 VIRGINIA BEACH, Va. — Cigarette sales rose during the pandemic, but at one point, screenings for lung cancer dropped.

Early detection could be the difference between life and death and one Virginia Beach couple is thankful they didn’t let COVID-19 cancel their trip to the doctor.

“We go through everything together,” said Kathleen Connors.

Married 35 years, Kathleen and Kenneth Connors have shared life’s highs and lows. That companionship withstood the toughest of tests after their annual physicals in the fall of 2020.

The doctor called with the results of a lung cancer screening for Kathleen.

“At that time when they told me it was cancer and we have to do surgery, I was pretty upset,” she said.

The Connors got another call from the doctor a week later, on their 35th wedding anniversary. This time, it was the results of Kenneth's screening.

“He took a biopsy, and it came back positive. It was cancer,” Kenneth said.

Within a week, the Connors were faced with fighting cancer together.

Credit: 13News Now
Kathleen and Kenneth Connors were both diagnosed with lung cancer in the same week. Thanks to their screenings, doctors were able to catch the cancer early.

“After being together 35 years and fighting through everything we fought through, we could fight through this,” Kathleen said.

It’s been 30 years since Kathleen smoked a cigarette, while Kenneth quit nine years ago. While the cancer still came, doctors caught it early.

“The fact that they did it when they did it was probably very good timing for them,” said Dr. Rafe Marchigiani.

Dr. Marchigiani at the Sentara Brock Cancer Center saw a drop in lung cancer screenings when the pandemic first began.

“We had a dramatic decline in numbers right around April 2020,” Dr. Marchigiani said.

Screenings are returning to normal as patients like the Connors don’t let the coronavirus get in the way of a potentially life-saving decision.

He ordered surgery and later chemotherapy for the Connors. He credits early detection with their successful recovery.

The Connors point to another reason, as well: their first grandchild, born premature, was in the NICU literally across the street from where the Connors had chemotherapy.

“We’d sit at the window where we could know she was there and sit and pray for her. She was 2.5 pounds when she was born and she’s 10.5 now,” Kathleen said.

Now, six months later, Kathleen and Kenneth are stronger, too. They now share life with a new bond as the couple that beat cancer.

“It’s what marriage is all about. It’s the good times, it’s the bad times,” Kenneth said. “And sometimes there’s more bad times than good times.”

The Connors hope their story can convince others to get screened. Lung cancer screenings are quick and easy. Contact your primary care physician or visit this website to inquire about scheduling one for you or a loved one.