Warren fought through months of chemotherapy with a smile. Last month, his cancer finally went into remission. Now he gets to play! 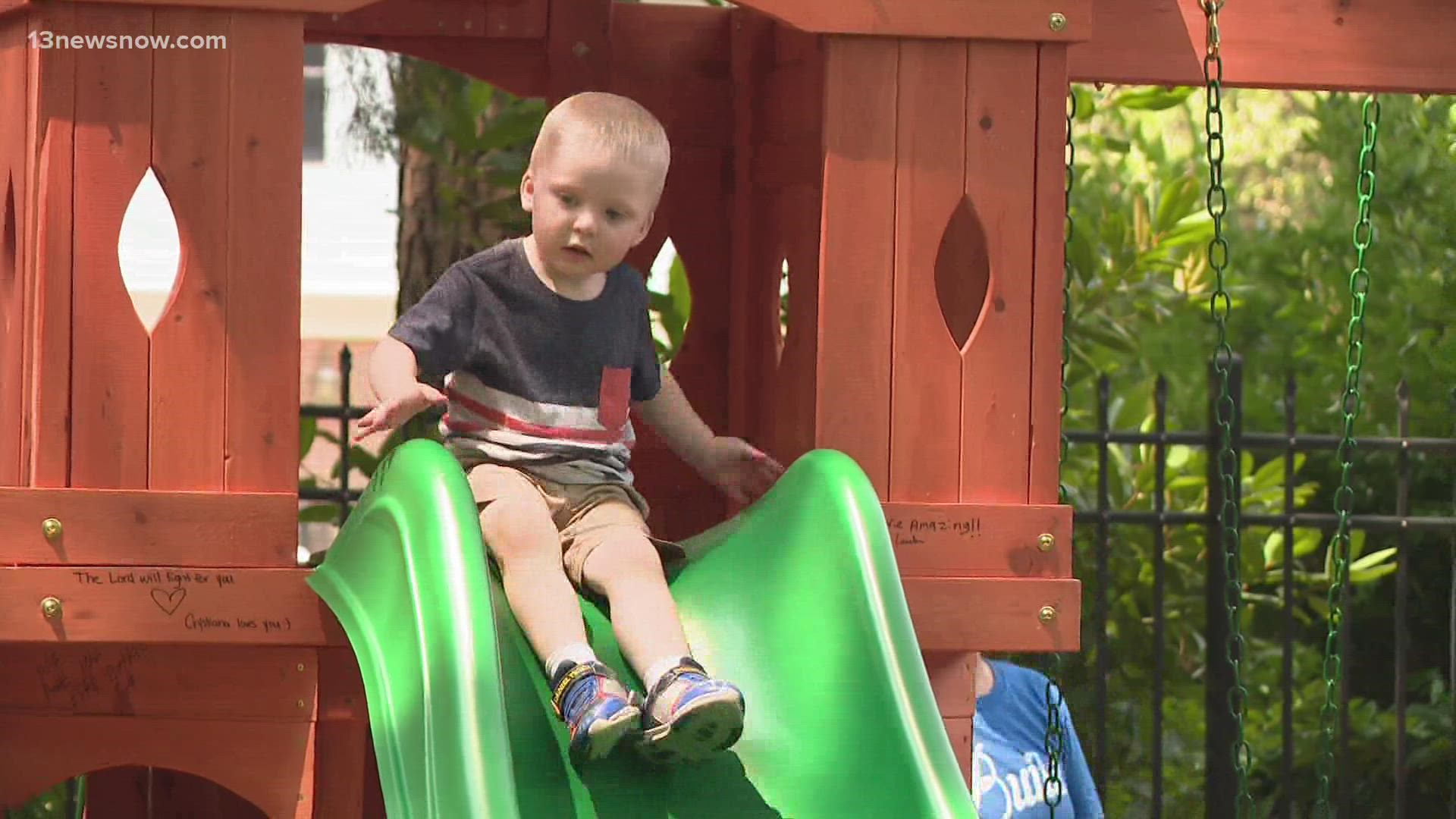 VIRGINIA BEACH, Va. — Two Dominion Energy bucket trucks parked outside of a home in Virginia Beach on Friday, but they weren’t there to do any work.

Instead, the crews had a special gift for Warren.

Whether he’s cleaning up grass in the backyard or trying to bring the cooler inside, Warren just wants to help.

But the 3-year-old boy’s life took a big turn last August when medics rushed him to CHKD.

“He had a tumor that had ruptured,” Kevin said.

“They told us it was a realistic possibility he wasn’t going to make it through that first night,” Kevin said.

He said his son fought through months of chemotherapy with a smile. Last month, his cancer finally went into remission. And two community organizations wanted to help his family celebrate the victory.

On Friday, Warren’s parents kept him away from the windows while the Rock Solid Foundation and Dominion Energy got to work in the backyard.

“He’s just super cute, super great family,” said Rock Solid Build Leader Brian Canfield. “We are just excited to be able to create this safe place for him to play.”

The team built a playset in just three hours and finally, Warren could come outside.

His shyness quickly wore off when he got to the slide.

“When he is excited, sometimes he gets really shy, really nervous,” said his mom Dori Finger. “But as soon as the crowd leaves he will not be able to go inside.”

When Rock Solid approached the family months ago about the playset, his mom prayed for this day.

“We didn’t know how long we would have him,” Dori said. “And so it was a lovely thought if we were to get there, but we were living day by day at that point.”

Warren's parents said he's back to his old self, laughing and helping out.

“To come out and have him see this every day is really going to be a continuous blessing and a reminder that you never know what is going to happen,” Dori said. “But we still have him.”

Rock Solid and Dominion Energy are also teaming up to build playsets in Richmond and Northern Virginia.