Judy Campbell lost a ring her husband gave her. She said it's the last thing Ray Campbell gave her before he died because of COVID-19. 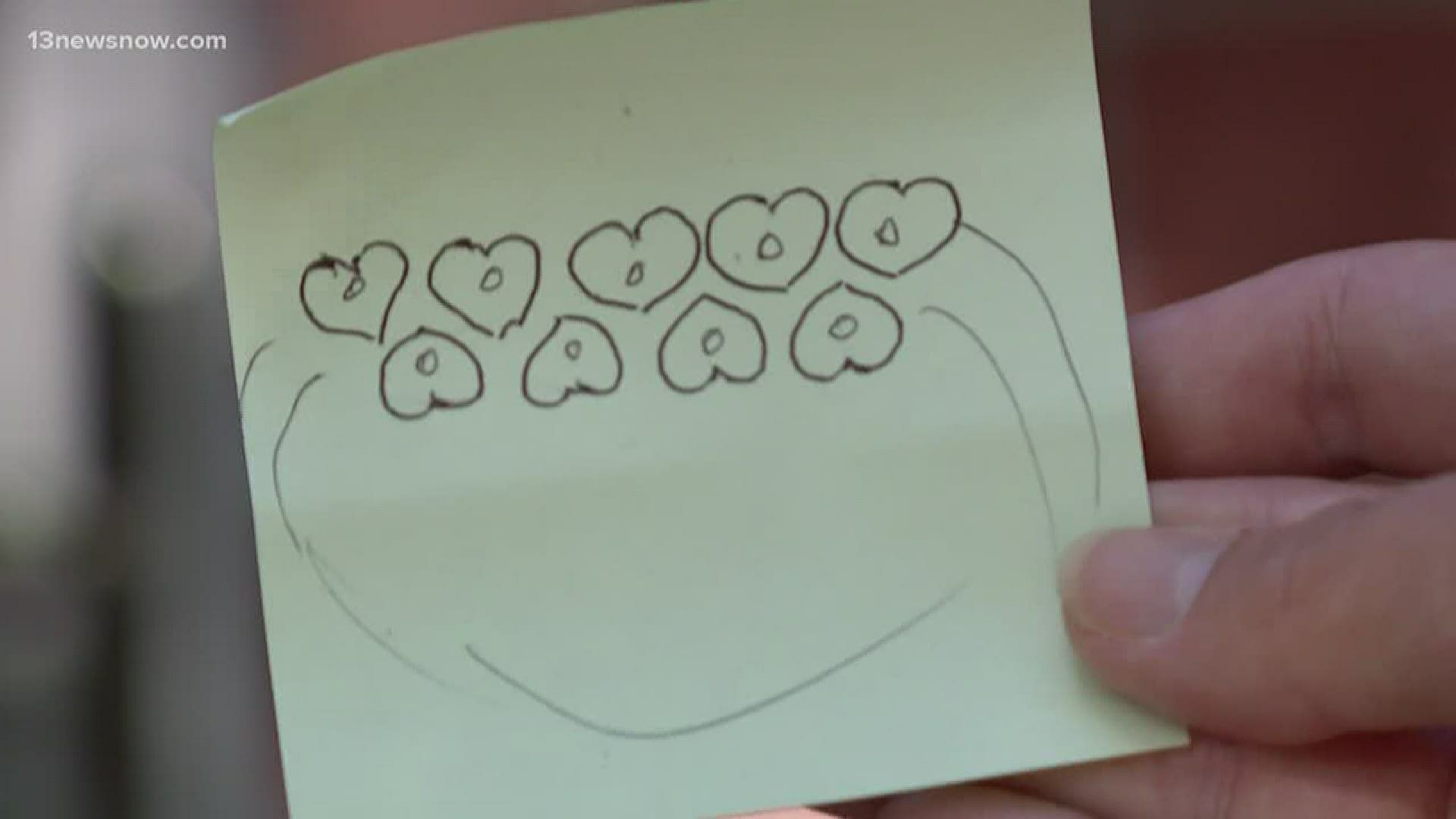 VIRGINIA BEACH, Va. — A Virginia Beach woman is asking for help locating a ring she considers invaluable. It’s the last gift her husband gave her before the coronavirus took his life.

The prized possession is captured only in Judy Campbell’s memory.

Judy believes she lost her gold banded ring on May 3 at the Dollar Tree on 3750 Virginia Beach Boulevard.

“I’d hate to think that somebody picked it up and put it in their pocket,” Judy said. “But I’m afraid that is what happened.”

She said just before she checked out that day, she took the ring off and put on hand sanitizer. When she got home, she realized it was gone.

It was a present from her husband Ray this past Christmas. They agreed on no extra gifts, but he had this little surprise up his sleeve.

“I said, 'Our anniversary's in June, this looks like an anniversary present,'” Judy recalled. “He said, 'No, it’s something I want to give you now.' I don’t know if he had a premonition.”

Her husband, Ray Campbell, died from the coronavirus three months later, at the age of 85.

“I just keep thinking I’m walking around in a nightmare,” Judy said. “Will someone please wake me up?”

The adventure-seeking pair met in 1980. He had three children, she had two, and they brought both families together.

Ray spent time in the Air Force. After his service he came back to Virginia Beach and started his own installation company: Quality Carpet Service. He also opened The Square Yard, Inc.

Judy said he was a friend to everyone, had a sincere smile, and gave great hugs.

Their last adventure was a trip to Australia in March. Judy said they returned on March 17, and that's when they felt the coronavirus symptoms set in.

“We both came down almost immediately with cold symptoms,” Judy said. “He was coughing, I was coughing.”

She said it took a hospital visit, a test, and 10 days before Ray was admitted on March 30.

“I went and parked the van and realized they already had him inside,” Judy said. “I never got a chance to say goodbye, 'I love you,' or anything.”

Her love of a lifetime passed on April 8.

“It hit me like a ton of bricks,” Judy said.

She was left to battle the virus alone and said it still haunts her.

“We gotta get the word out to these young people,” Judy said. “You might not have the symptoms, but you are still a carrier of it. Don’t spread it around. Wear that mask, regardless.”

Social distancing kept her from laying Ray to rest.

“That bothered me, when the funeral director told me I could only have 10 people there,” Judy said. “I told them, 'This man, he loved everybody.'”

She’ll finally get to do it with family on June 3 during a safe, outdoor service.

Judy still hopes to have his heart ring back on her finger.

“Every day, I say, 'OK, I got through another day without you, Raymond,'” Judy said. “But the man upstairs is in control. I don’t know what he has got planned for me.”

Anyone with information on Judy Campbell's missing ring can email us at news@13newsnow.com.