A Tampa Bay woman submitted a report to the BBB Scam Tracker about a florist she thought was local but was actually in New Jersey. 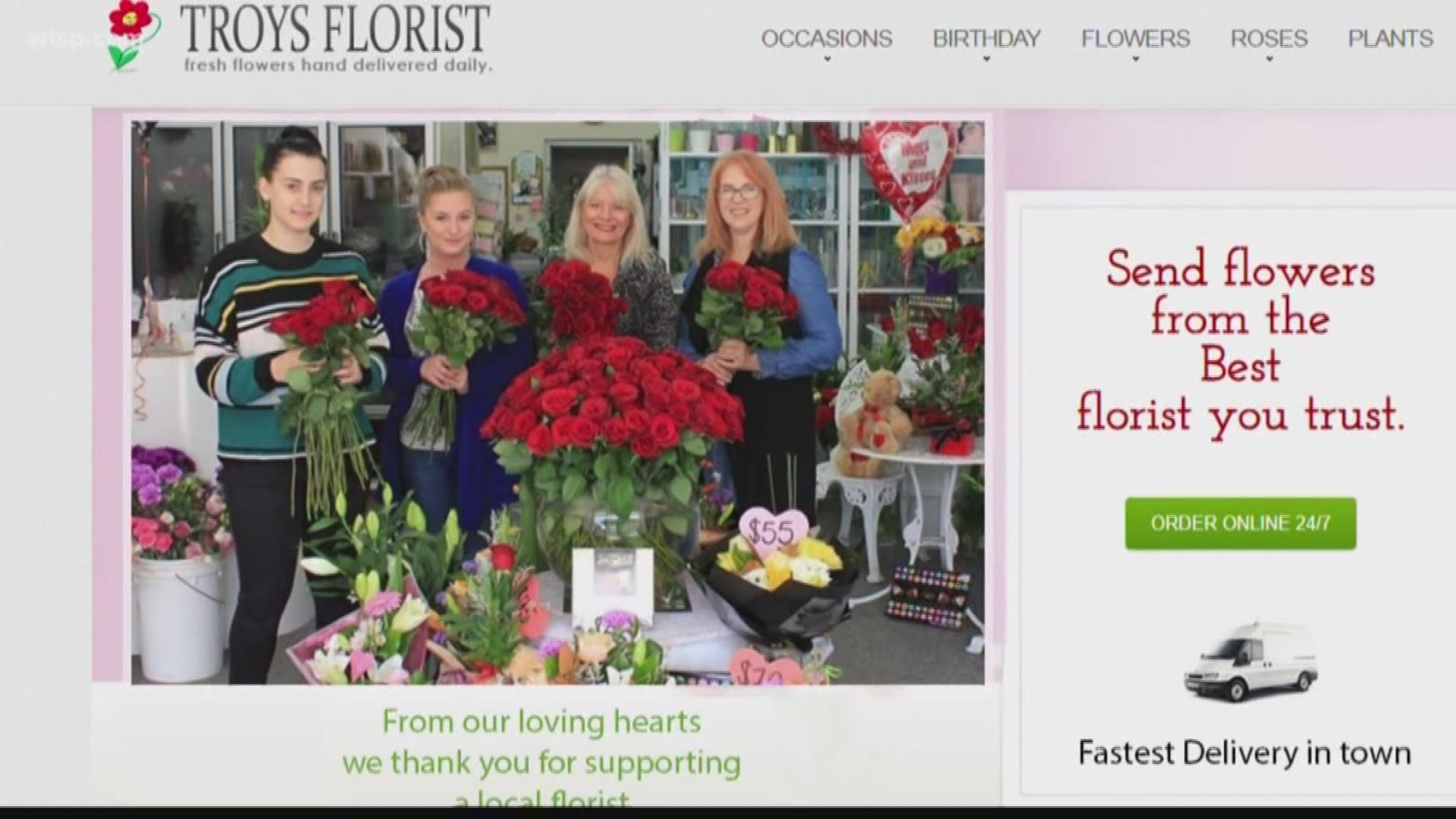 ST. PETERSBURG, Fla. — Valentine's Day is one of the most popular days of the year to buy and send flowers.

And, with that, also comes more opportunities for phony florists to take advantage of people wanting to buy flowers.

The Better Business Bureau in West Florida said a Tampa Bay area woman submitted a report recently to the organization's Scam Tracker. She said she was trying to buy surprise flowers for her mother's birthday, but ended up losing $80 and was left with no flowers or balloons.

According to her report, sent to 10News from BBB West Florida, the woman looked up a local florist using her mom's zip code. Using Google, the woman said Troys Florist popped up as "guaranteed same delivery day" to the zip code.

She said she paid $80 for an arrangement of flowers and balloons to be delivered by 6 p.m. However, when she checked her email after work, she had a message from Troys Florist saying they were unable to deliver the arrangement to the area that day.

The woman said she asked for a refund, but is still waiting for her money to be returned.

According to the BBB, Troys Florist is based out of New Jersey, not Tampa, Florida. The company's website does not list a location or a New Jersey number.

On the BBB website, Troys Florist has more than 300 reported complaints.

A former employee told CBS DFW that Troys acts as a "middle man" between customers and flower shops. Our colleagues at CBS New York left multiple calls and emails with Troys and said those were never returned.

10News attempted to reach Troys Florist by phone and was told the owner was unavailable. We asked an employee to give our contact information to the owner. We will update this story if we hear back.

The BBB shared these tips for picking a florist to avoid being scammed on Valentine's Day:

Research the seller: The organization says to avoid getting roped in by flash sales or advertised great deals without doing some research.

Get to know the business policies: Read the fine print, find out what the florists' return policy is and how their delivery process works. And, look up any additional fees for delivery.

Understand order placement and delivery timelines: Around holidays, like Valentine's Day and Mother's Day, some florists charge extra for quick deliveries or require orders to be placed farther ahead of time. Don't wait until the last minute.

Pay with your credit card: Paying with a credit card provides more protection if you need to dispute charges.