In a 13News Now follow-up, we found out there's a sign of hope for hotel and restaurant managers near the Oceanfront. 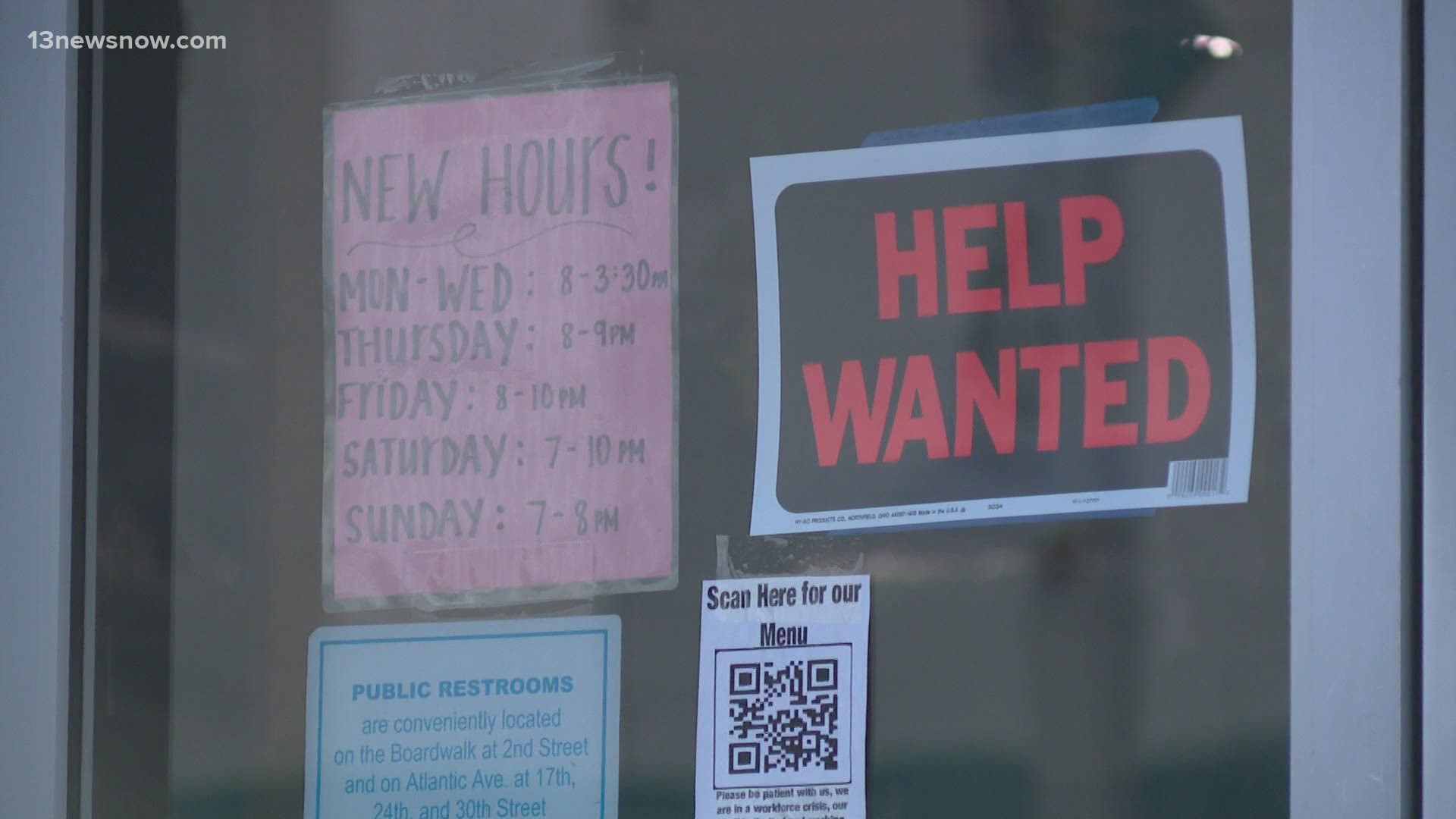 “We're looking at having probably a record summer. And that goes back to 2019 numbers," said John Zirkle, general manager of the DoubleTree by Hilton Virginia Beach.

Friday night, the summer tourists were out, and so were the “help wanted” signs.

"The workforce is still a crisis but it is getting a little better," Zirkle said. He still had about 30 to 40 positions to fill.

“Just this week, we had about 25 interviews scheduled - and about 20 of those 25 showed up for the interviews, which may sound silly, but that's progress," he said.

“We've got 10 to 15 positions still left to fill. I believe last time when you all were here it was about 25," said Michael Mauch, co-owner of Harvest.

The Atlantic Avenue restaurant had to cut down hours Monday through Wednesdays to lighten the workload for staff.

The staffing shortage was not only making the day-to-day a little bit more complicated at Harvest; it was also putting a wrinkle in the opening of a new rooftop patio.

“We're going to be open until midnight when we do that, so we're adding an extra two hours on every single day. And we don't have enough staff to staff [hours] we have now," said Mauch.

Out-of-towners were feeling the impact too.

Tonya and Earl Jones from Dallas, Texas, told 13News Now about the long wait for their hotel room.

“It was a little taxing so we just took a nap in the truck, in the car, and drove around, saw all the sights," said Earl.

We also asked tourists whether restaurants they were eating at were short-staffed.

"Not really -- the service has been pretty good. We've had to wait a little bit, restaurants, things like that, because they're short staffed, but other than that it's been pretty good," said Sharetta Cook, a visitor from Athens, Georgia.

Employers we spoke with pointed to the boosted unemployment benefits as part of the reason for the ongoing staff shortage. But, they were hopeful the workforce would return.

“Now with the vaccines and everything, we really feel it's time for people to get back to work," Zirkle said.

He added that offering incentives to new hires and existing staff was part of his strategy to boost morale.