The matching grant of up to $5,000 would allow restaurants to build or outfit streateries for long-term use. 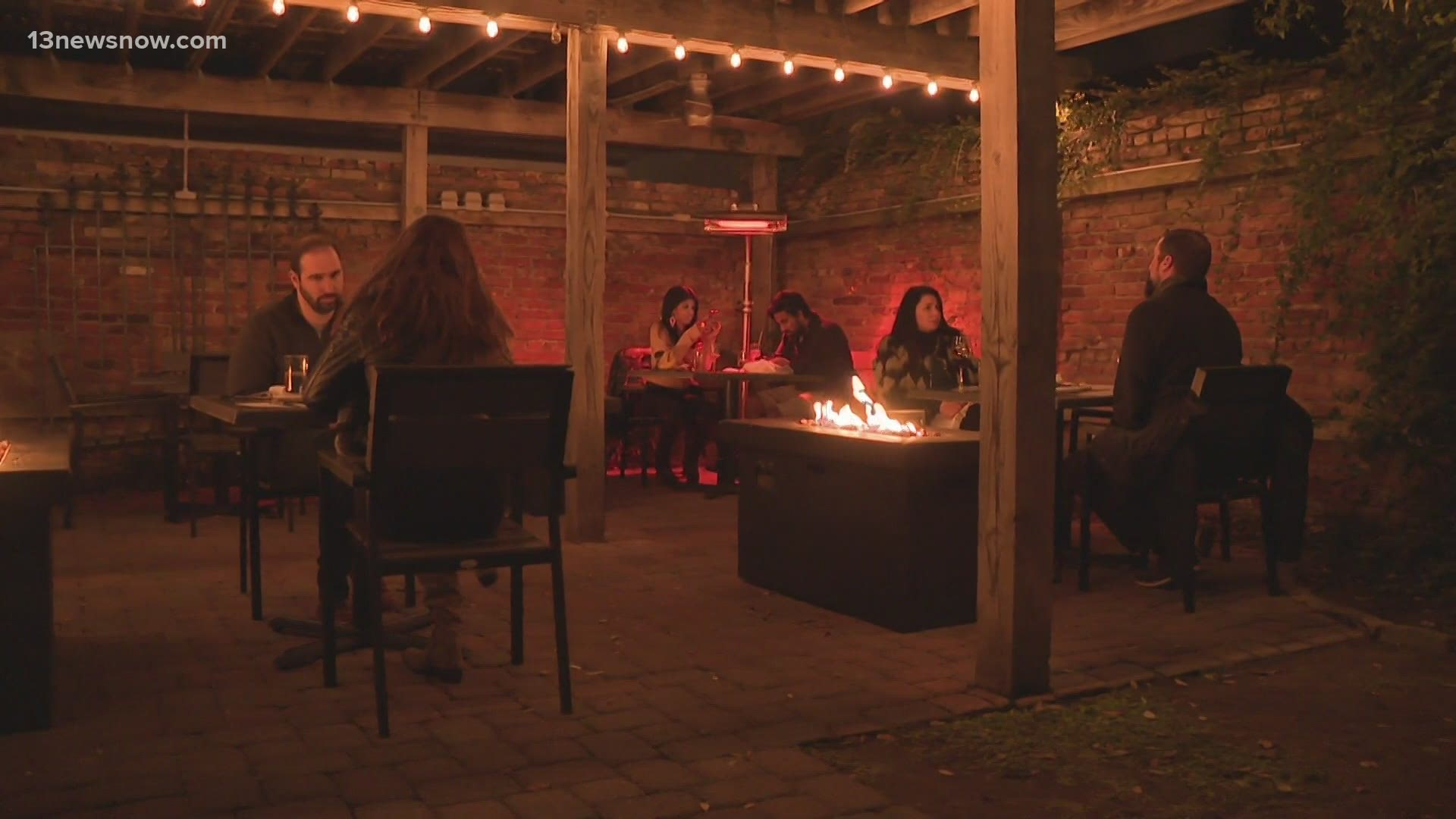 NORFOLK, Va. — The city of Norfolk has helped restaurants survive during the COVID-19 pandemic, including easing the process of outdoor dining.

Now, one group is offering an opportunity to create a more lasting and palatable experience.

In December, McGee installed four heaters, courtesy of the City of Norfolk, in the patio of her restaurant.

In other years, Four Eleven would not attract many customers for outdoor seating in January, but the restaurant has served a steady number of people this month.

“The fact that we can even utilize this space and people are eating out here right now is huge,” McGee said.

There are still some wrinkles to iron out with the new equipment.

McGee said the heaters pull a lot of electricity, especially for an old bed and breakfast, and her facility is undergoing electrical upgrades to allow the heaters to function simultaneously.

The Open Norfolk program delivered new heaters to nearly 30 eateries, including Four Eleven, in December, at no cost.

That effort was one of several initiatives to keep kitchens busy. However, for some Downtown restaurants, especially along streets, there is more to using the heaters than flipping a switch.

“The problem is they don’t have parking lots that they can then run power out to,” explained Rachel McCall with the Downtown Norfolk Council. “So we have to help them bridge the gap between the front of the restaurant, and over the restaurant and into the street."

The Downtown Norfolk Council is offering a matching grant up to $5,000 to restaurants to build or outfit a "streatery," or an outdoor dining space within a public street, typically in one of two parking spaces.

McCall said grant money can be used to purchase materials, furniture, landscaping or cover other costs associated with outdoor dining in the street.

Businesses in the Downtown Improvement District are eligible for the grant and can apply here.

McCall said the idea is also a way to look ahead to the future of the downtown vibe, especially as the city and restauranteurs consider keeping outdoor dining long-term.

“We realized that we are going to be living with this for a while,” she said. “So the objective now is to get them to that next phase, to make it a little more attractive.”