Columbia Care in Portsmouth opened its doors to customers on Tuesday. Pharmacists there said their products can help with chronic pain, anxiety and insomnia. 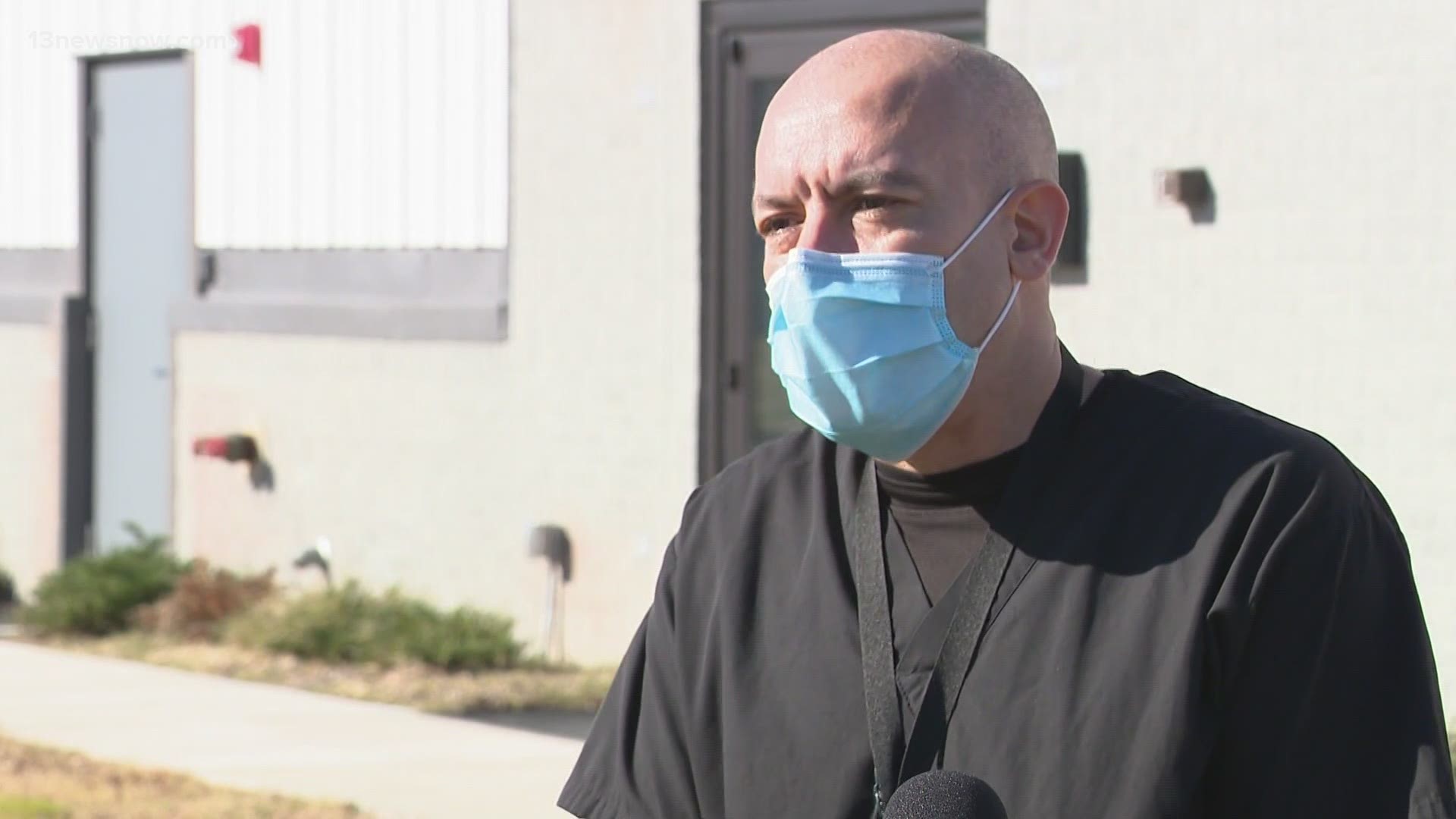 PORTSMOUTH, Va. — The first medical marijuana dispensary in Hampton Roads is now open for business, and Columbia Care is already growing a loyal client base.

"I lived in California for a few years before I moved back here. I did not think I was going to come back to this, I'm pretty delighted," Piotrowski-Consuegra said.

"I use it for mental and developmental disorders for autistics disorders. It kind of helps relieve anxiety and all... It's not something we shouldn't criticize too much. I prefer this over a bunch of pills. Honestly, even anti-depressants made it worse."

Market Director and Pharmacist in Charge, Raymond Hernandez said he's hearing that a lot from customers; and there's some common symptoms patients say they need cannabis for.

"Chronic pain, anxiety and insomnia. And they're looking for that option to the prescription medicines that they've been using for years and years, many of them trying to get off those harder prescription medications," Hernandez said.

RELATED: 'It would be huge' | A look at Gov. Northam's report on legalizing marijuana in Virginia

If you need medical marijuana, you can't just show up and buy it.

Hernandez said you need a medical certificate from a prescriber, and a registration card from the Virginia Board of Pharmacy to even get inside the doors.

Hernandez said ten years ago, he wouldn't have thought a shop like this would ever open in Hampton Roads.

"Really just working for 10 years as a retail pharmacist, and watching what was happening with the opioid pandemic - just witnessing that first hand every day - I knew there had to be an alternative," he said. "And doing something like this was fundamentally the right thing to do."

Hernandez said there is some stigma associated with cannabis, but attitudes are changing.

Right now, they're selling THC vape cartridges. More products will be added in January and February.

Check this out: The first medical marijuana dispensary in Hampton Roads is now open for business, and Columbia Care is already growing a loyal client base. #13NewsNow pic.twitter.com/6ISst86rJC