The industry is taking a hit as people worry about catching germs in someone else's car. 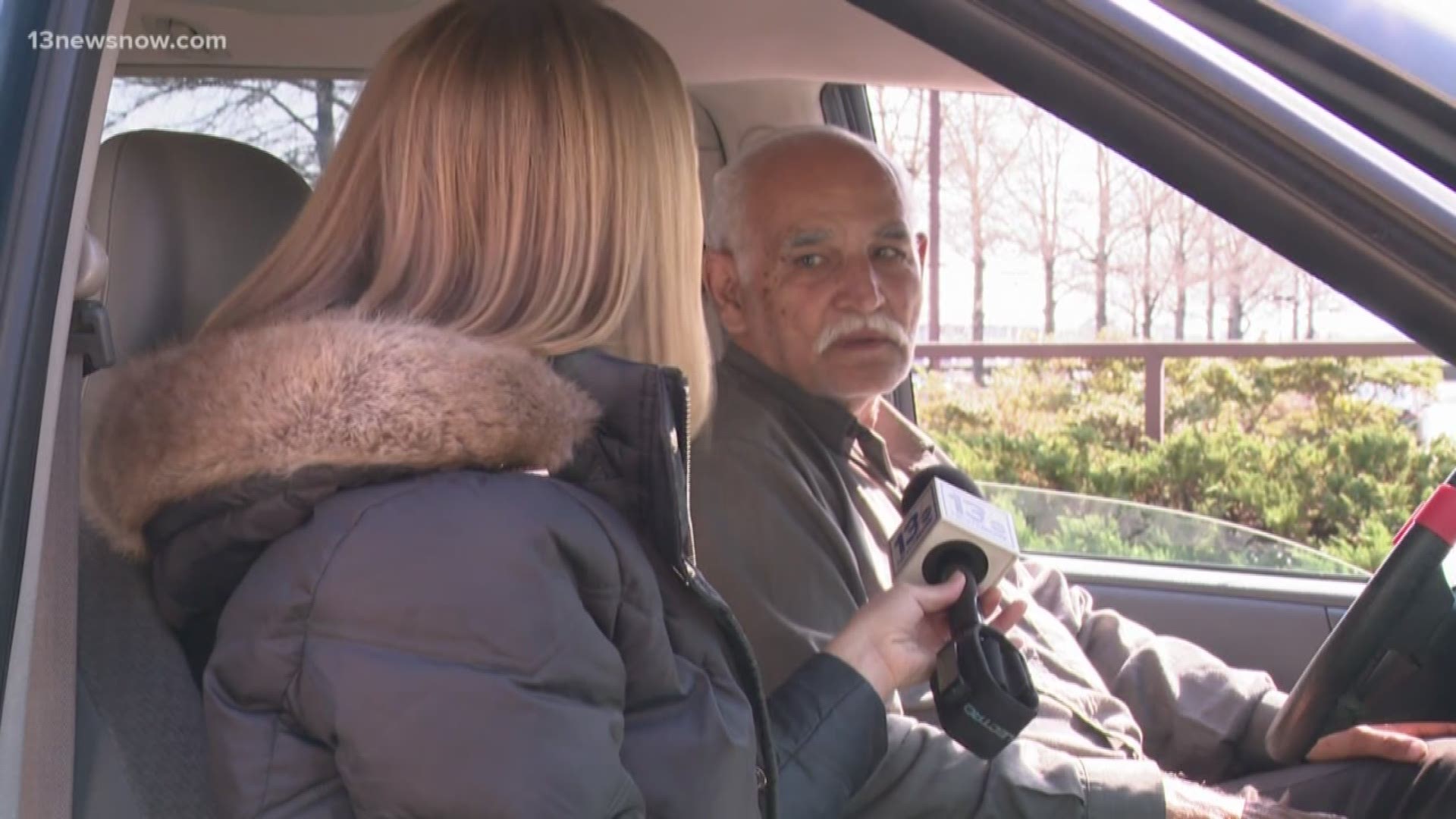 NORFOLK, Va. — In Hampton Roads, many people turn to taxis to get around. But the industry is taking a hit as people worry about catching germs in someone else's car.

Cab drivers said airport traffic at Norfolk International is slowing and many find themselves sitting out front of the airport waiting for hours.

Thirty-year driver Aru Mong usually comes to the airport for guaranteed cash. But over the last few weeks, he said coronavirus fears are keeping riders away.

"Sometimes this place looks deserted,” Mong said. “You'll be wondering, is this an airport at all?"

"Lately if you do four, five trips you are lucky,” Mong said.

By the end of the week, drivers like Khawaja Nazim said it's becoming hard to pay the cab company they are leasing a car from and make a profit.

He said Uber and Lyft were competition before, but now the battle for riders is getting worse. However, app drivers said they are hurting too.

Delvalle said it's causing app drivers to try and meet their quotas away from Norfolk International.

"The local streets, that is more of a guarantee,” Delvalle said. “This is a hit or miss right now."

Many drivers said they stocked up on cleaning supplies to ease riders' worries.

"I try to keep my car as clean as possible and wiped down,” said driver Paul Hawkins.

Still, they sometimes find themselves on an awkward ride.

"They will get out and you'll just get a message from Uber that if
you coughed or sneezed on the ride, your passenger was worried,” Delvalle said.