The Portsmouth Marine Terminal will close effective May 4. 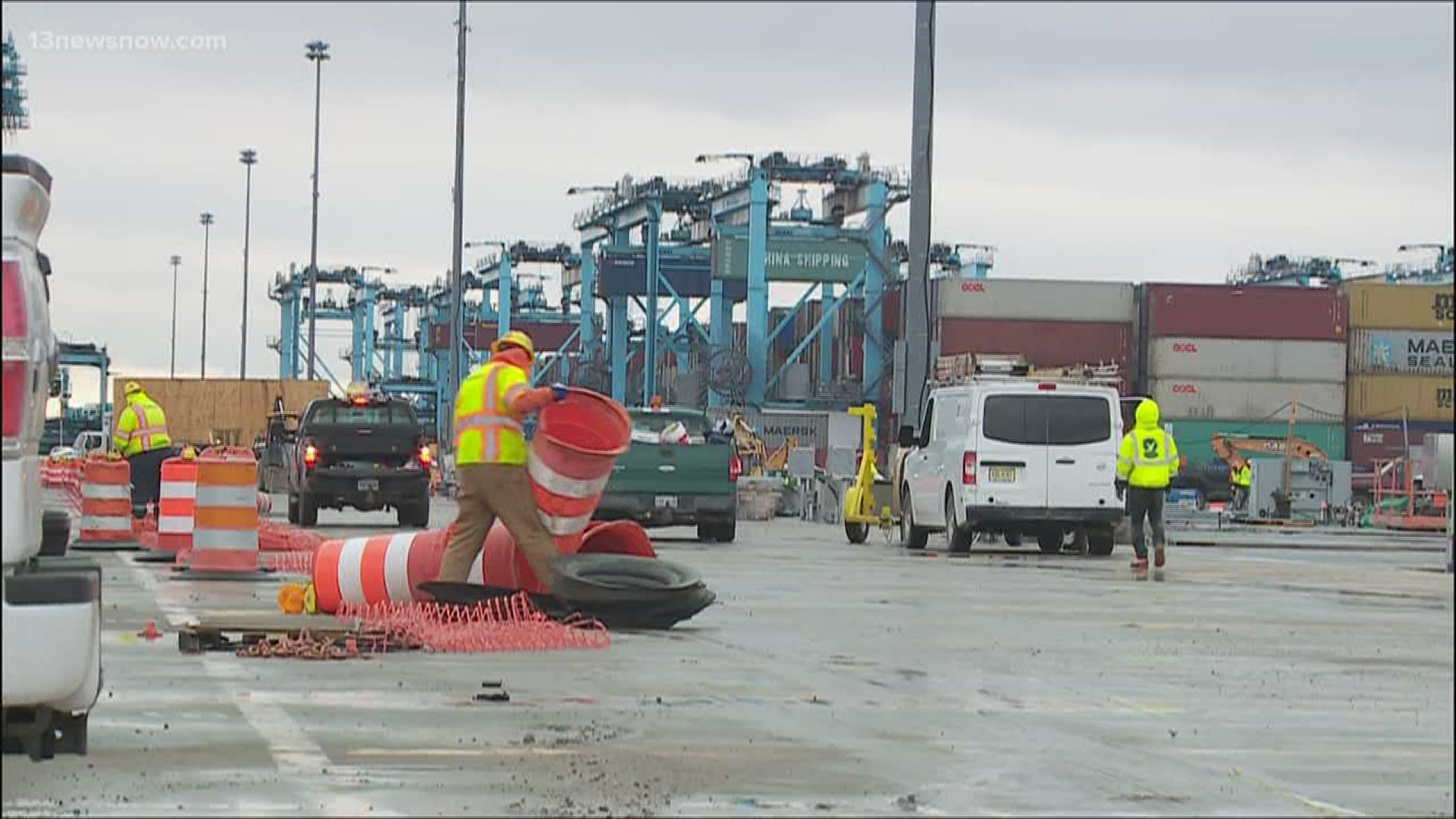 PORTSMOUTH, Va. — The Port of Virginia will soon close a cargo terminal as shipping volume decreases amid the coronavirus pandemic, officials announced.

The Portsmouth Marine Terminal will close effective May 4, The Virginian-Pilot reported Thursday. Ships that usually call to the port, which sits along the Elizabeth River, will instead be moved to two nearby container terminals, officials said.

Port leaders cited data from Alphaliner that indicated container ship operators have idled a record percentage of their capacity in the last month. Other records showed that in March, cargo entering the Virginia port dropped about 9% compared to the same time in 2019, according to the newspaper.

Shipping lines have also removed some vessels from routes that regularly stop at East Coast ports, and more removals were expected through August, The Pilot said.

Spokesman Joe Harris told the newspaper he was not sure how many workers the closure would affect, but employees at the Portsmouth terminal would be reassigned to other container terminals.

The terminal can be reopened if needed, Harris said.

RELATED: Cargo down 9 percent at Port of Virginia because of coronavirus