That's according to a local business survey by the Retail Alliance in Norfolk. 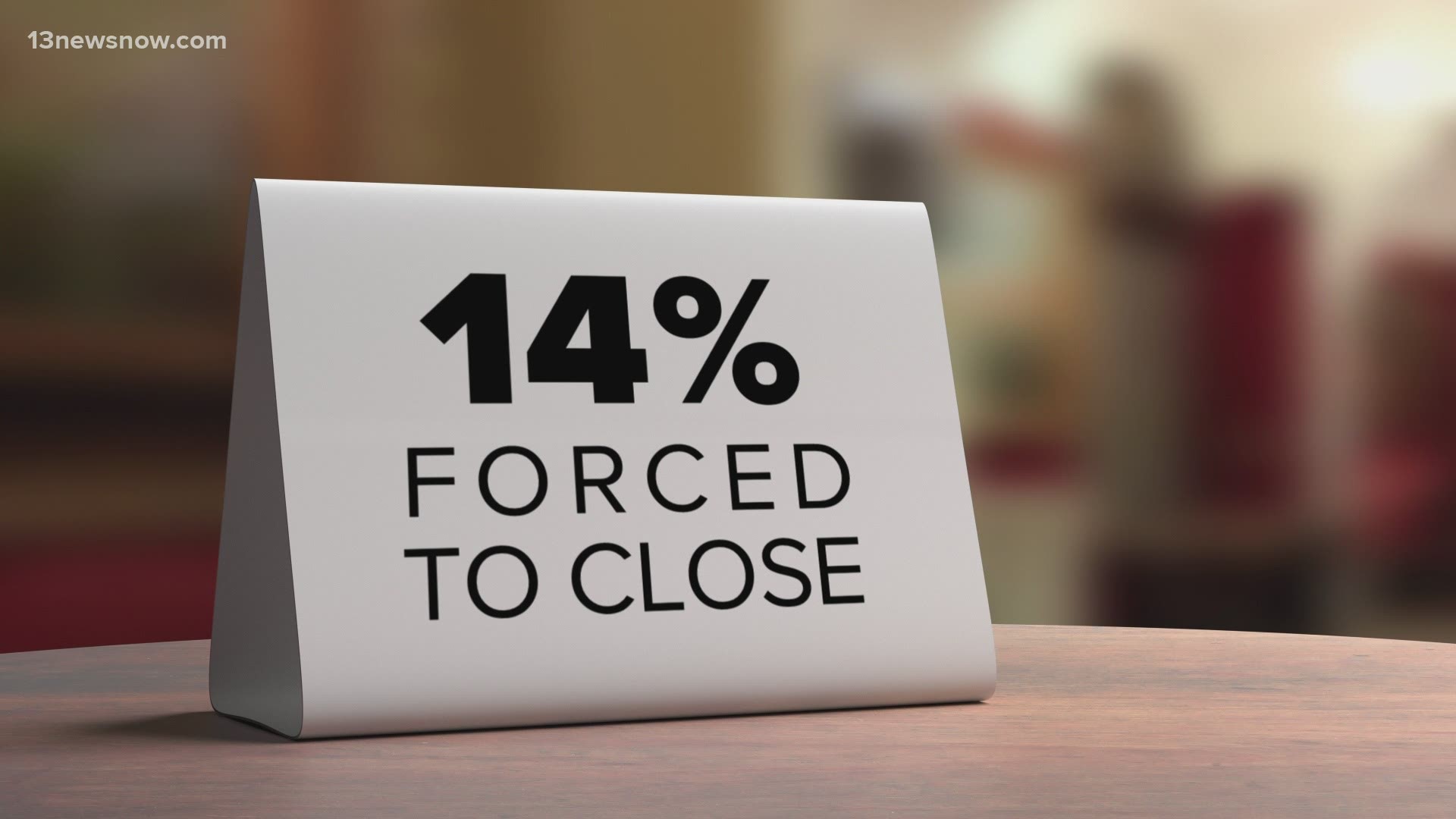 NORFOLK, Va. — A large number of small businesses in Hampton Roads continue to struggle through the pandemic, and a growing number have been forced to close their doors temporarily or permanently.

That’s the latest progress report from Norfolk’s Retail Alliance. Its bi-annual survey sent out to local businesses every year is called "Retail Pulse."

We brought you the results from the survey in the spring, and here are the big takeaways from the latest report: Back in June, 14 percent of businesses say they were forced to close, temporarily or permanently, because of the pandemic.

Since then, that number has jumped to 20 percent. One in five businesses had to close at some point this year, with 75 percent of those businesses closed for more than 15 days.

Overall sales since the last report have remained the same, but that isn’t necessarily a good thing. About 23 percent of businesses still report a 50 to 75 percent drop in revenue since the pandemic began.

While it’s too soon to tell how holiday sales will be affected, local retailers were asked to share their expectations this year.

The biggest challenges, according to Retail Pulse, are listed as a lack of cash flow, limited advertising budget and respectfully, customers’ safety concerns.