The Minnesota-based company cites its "Flex for Your Day" work model as the reason its City Center operations are no longer needed. 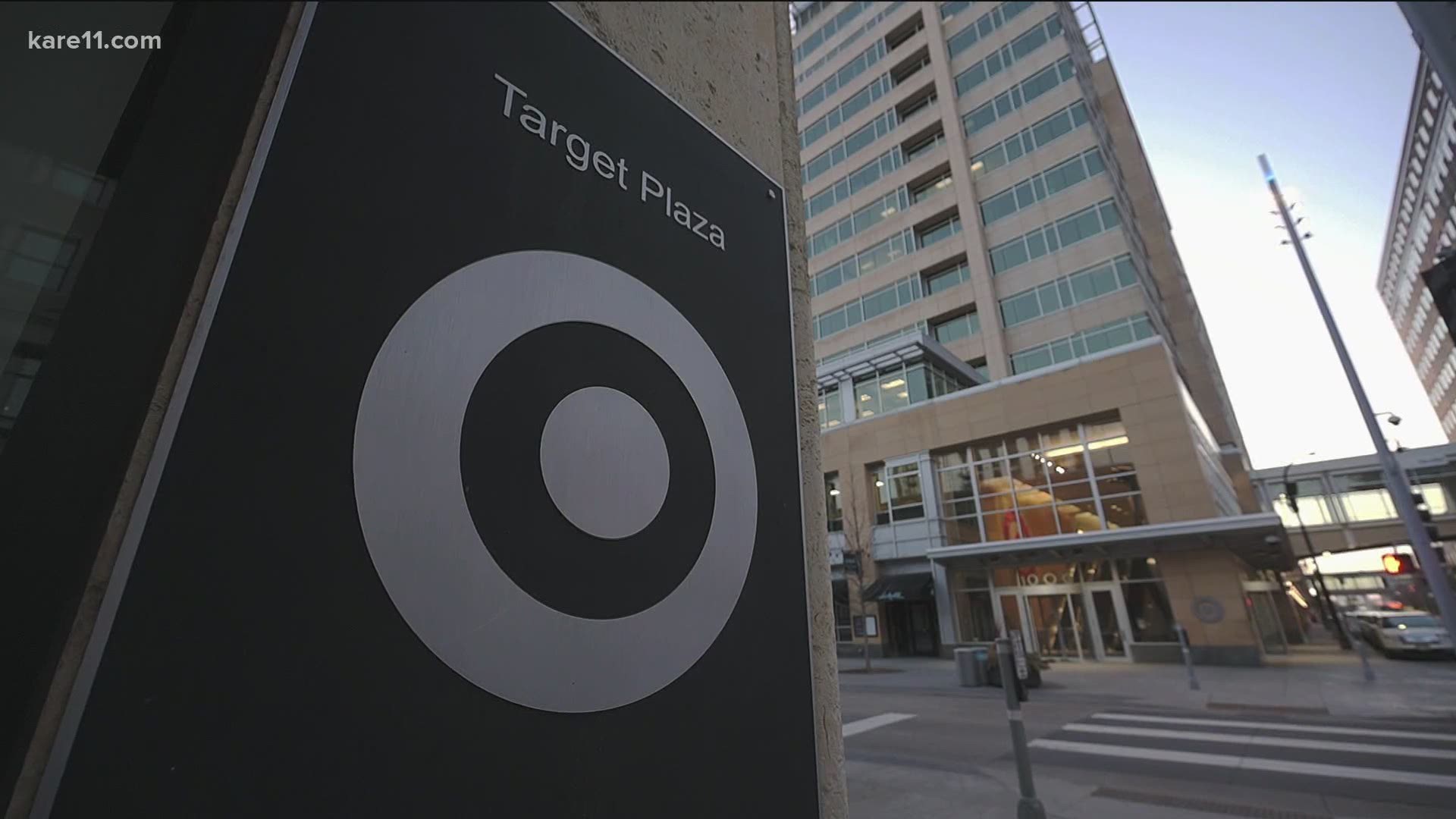 MINNEAPOLIS — The COVID pandemic has changed the way companies operate and people across the globe work, with remote options increasing flexibility on both business and personal fronts.

Minnesota-based Target says that flexibility is behind the decision to shut down the company's City Center operation in downtown Minneapolis, and relocate 3,500 employees to other locations in the city and elsewhere.

The announcement was made in an email to all Target global headquarters team members Thursday from Executive VP and Chief Human Resources Officer Melissa Kremer. In it she noted that it was almost a year to the day that she reached out to the same team to share that they would be working from home, and not City Center.

"None of us knew what the future would hold or how long we’d be working from home, but in just one year we’ve proven that we can drive incredible results, together, from our kitchens and basements and living rooms," Kremer wrote in her email.

With the end of the pandemic hopefully in site, Kremer says Target is moving toward a hybrid system called "Flex for Your Day" that will incorporate both virtual and on-site work and collaboration when employees "gradually return to headquarters later this year."

Target says the hybrid model will require less office space, so the decision was made to end operations at City Center. In coming months the 3,500 impacted employees will be assigned a home base at one of Target's other headquarter buildings in Minneapolis or Brooklyn Park.

"It’s not easy to say goodbye to City Center, but the Twin Cities is still our home after all these years," Kremer said as she concluded her email to employees. "We have an incredible opportunity to build a new future together with redesigned workspaces, technology investments and more tools for connection and collaboration."

Steve Cramer, the president of the Minneapolis Downtown Council, said he anticipated a move like this.

"We knew that was coming. It's going to be something that more and more companies really look at in this post-COVID age," Cramer said. "I think we're going have to work extra hard to bring positive activities to the street. A busy street is a safer and more inviting street."