Governor Ralph Northam announced Virginia is the top state to conduct business according to a national study by CNBC. 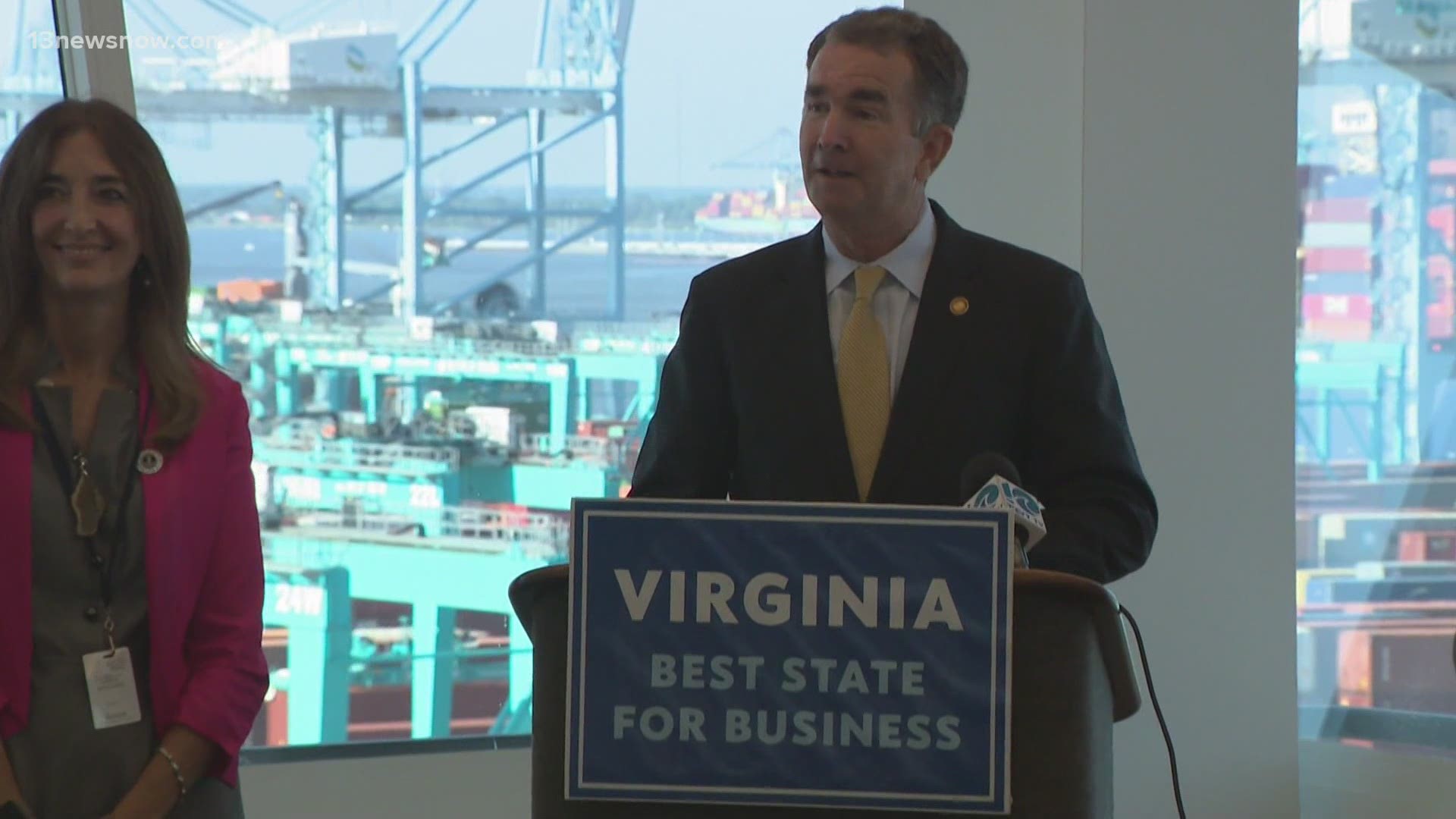 NORFOLK, Va. — On Tuesday, Governor Ralph Northam announced the state of Virginia is recognized as the “Top State for Business” in 2021.

Governor Northam announced a CNBC study acknowledged Virginia as the Top State for Business. Northam said it’s not the first year the Commonwealth received this recognition.

“When Virginia is doing better than every other state in America. We have been in the number one position for the last three years and that is where we plan to stay," said Northam.

“We have created more than 90,000 new jobs and brought in over 45 billion in new capital investments," said Lucas.

Senator George Barker added another reason was having a healthy workforce through the COVID-19 Pandemic.

“We now have 500,000 people who have health care coverage who previously did not," said Barker.

The Port of Virginia is one of those businesses seeing a boost in its economy this year.

“Business is up about 33 percent," said Port of Virginia Spokesperson Joe Harris.

Harris said the recognition will help not only the Port but create more business in the state.

“Well, it gives us another tool to go out and talk to businesses that that are looking to maybe locate to Virginia," said Harris.