Capital One breach should send message to small businesses

Business owners who think they're too small to be targeted by hackers should think again, experts say. 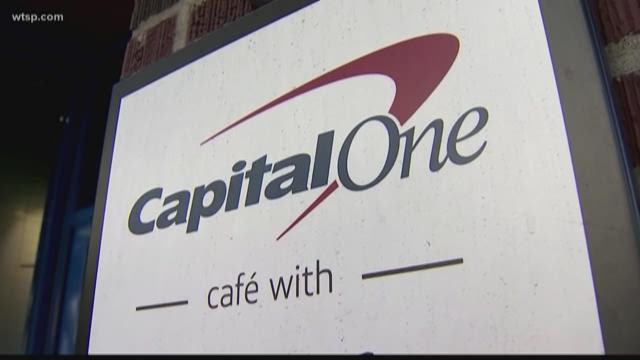 As the data breach at Capital One has businesses revisiting their own cybersecurity plans, experts warn smaller businesses, especially those that might think they’re less of a target, should be paying attention.

It turns out cyber-thieves are actually preying on the mentality of small businesses who think that they are too small to become targets.

The 2019 SMB Cyberthreat Study from Keeper Security found 66 percent of decision-makers for small businesses think they’re either not very or at all likely to experience a cyber-attack.

In fact, the survey found, 67 percent were targeted in the last year.

The question is how prepared those businesses were to fend off those attacks.

Not long ago, a number of Tampa Bay doctors’ offices were being targeted with malware and ransomware. The cyber-thieves were asking just enough to get most of them to pay up.

“One was $3,500, one was $2,000 and the other one didn’t even want to find out how much it was,” said Brett Kappes, whose Computer Performance Group worked to salvage some of that data for customers.

Researchers found, for whatever reason, that just 9 percent of small businesses rank the issue of Cybersecurity as a top business priority. In fact, 60 percent said they don’t even have a cyber-attack prevention plan.

When the cyber-attacks were targeting medical offices in the area, Sri Sridharan, director of the Florida Center for Cybersecurity, said preparation is key.

“You’ve got to take all the precautions to make sure that it does not get into your system in the first place,” said Sridharan.

Suggestions include using strong passwords, making sure antivirus and anti-malware solutions are up-to-date, backing-up data often, and doing so on a separate system that would not be vulnerable to the attack. By doing so, data locked by ransomware should be retrievable.

The FBI officially does not recommend paying ransom. If you do pay, agents say you might end up on a list and get targeted again. There’s also no guarantee if you pay that your files will be unlocked.

Experts also stress it's super important to change your password often. About 80 percent of security breaches, they say, are caused by a weak or stolen password.