Child tax credit payments: What you need to know

A CPA and attorney weighs in on what you should know about the child tax credit payments that begin next month. 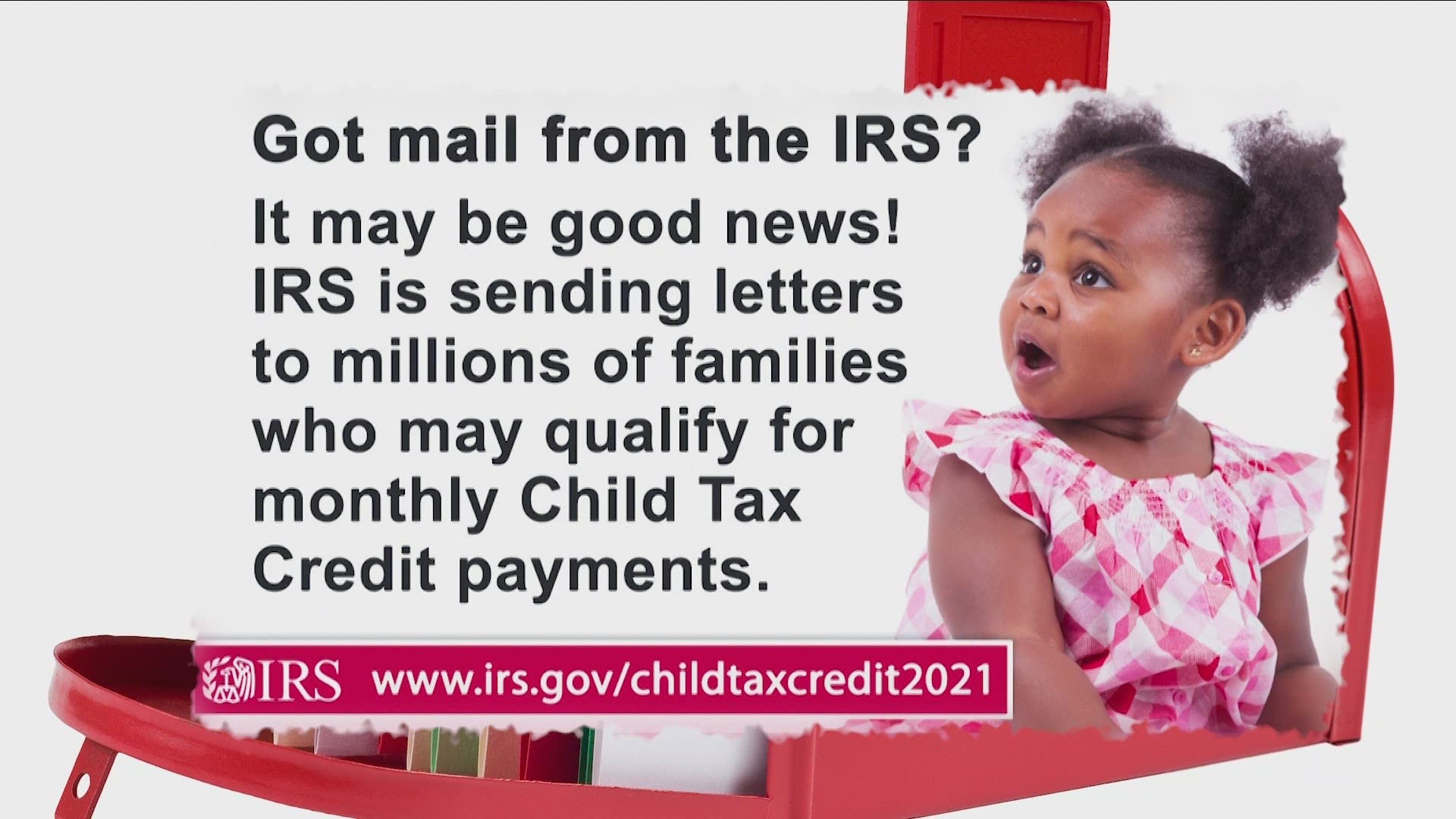 “Free money, oh my goodness, the government is doing a wonderful thing for those with children,” says Bill Dendy, a CPA and Attorney. “We’re going to start getting money right now, when people have a need.”

The expanded child tax credit program takes money, normally received as a refund after filing your taxes each year, and not only increases it but also sends it out monthly starting July 15th. The new credit increases the benefit from $2,000 to $3,000 dollars per child under 17 years old, with an additional $600 dollars for children under 6. Those are the max amounts and available for single parents making less than $75,000 dollars and married couples filing jointly making less than $150,000. The amount gets smaller for those making more, until it’s capped at $95,000 dollars for individuals and $170,000 for couples.

“This type of credit is really special and it’s what’s called a refundable tax credit,” says Dendy. “That means that you don’t have to owe taxes to get the credit. In fact, you can have no income whatsoever and still get the credit.”

On Monday, the IRS debuted a new portal for non-tax filing parents to sign up. It’s a feature that Vice President, Kamala Harris has been touting since the bill was signed.

Harris said, “If we agree that parents need a little extra help, why would we differentiate between the parents that have an income high enough to pay taxes and those who don't?”

Another portal is set to launch later this month to help families update their info in case it changes the amount they’d receive. So, if you’ve had another child or a significant drop in income, it’ll make sure you can get the max amount. The next portal will also allow families to opt out of the monthly payments, since every eligible parent is automatically enrolled. Dendy says there are a few reasons someone may rather wait for the lump sum during tax season, like those who typically owe tax money or if they’re saving up for a big purchase and afraid, they’d just spend it.

Dendy says, “So there are some really good reasons why some people may want to not start taking the money on July 15th. But being able to get that extra $250 dollars a month to $300 dollars a month, into the hands of parents right now can be very beneficial.”

The majority of families, near 80%, will get payments on the 15th of every month through direct deposit. However, the date may slide if the 15th falls on a weekend or holiday. The IRS says those without direct deposit information in the system will receive debit cards or checks.

The extended child tax credit is supposed to last for one year, but the Biden administration is pushing to extend the program beyond in hopes its effects will help fight childhood poverty.