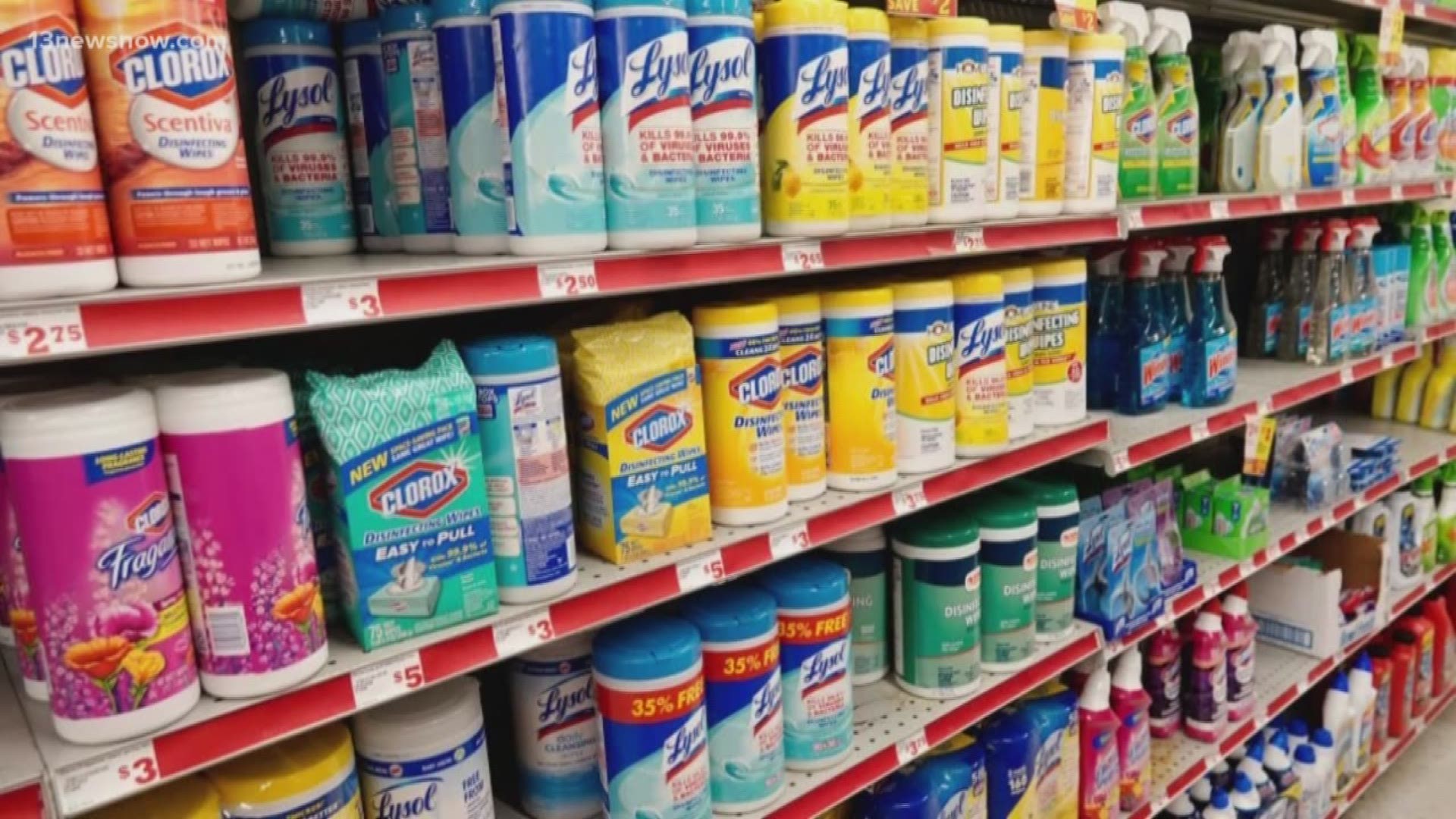 RICHMOND, Va. — It's hard to believe, but there are some unethical people out there trying to make a quick buck off of the coronavirus crisis, at the expense of vulnerable Virginia residents.

Attorney General Mark Herring said his office has received more than 100 complaints from consumers. He said some unscrupulous merchants and vendors have jacked up the prices on essential products such as cleaning supplies, hand sanitizer, and bottled water.

"Price gouging will not be tolerated in Virginia," he said. "Since the state of emergency was announced, we've received 130 complaints, and we take every single complaint seriously. We investigate them and if anyone is found to be price gouging, we will hold them strictly accountable. We've got the tools to enforce it."

Herring says the complaints have come from every area in the state, including Hampton Roads.

If you have a suspected case of price gouging, you should call the consumer protection section of Herring's office at 800-552-9963.