The money had been diverted by President Donald Trump to pay for a wall along the Mexico border. 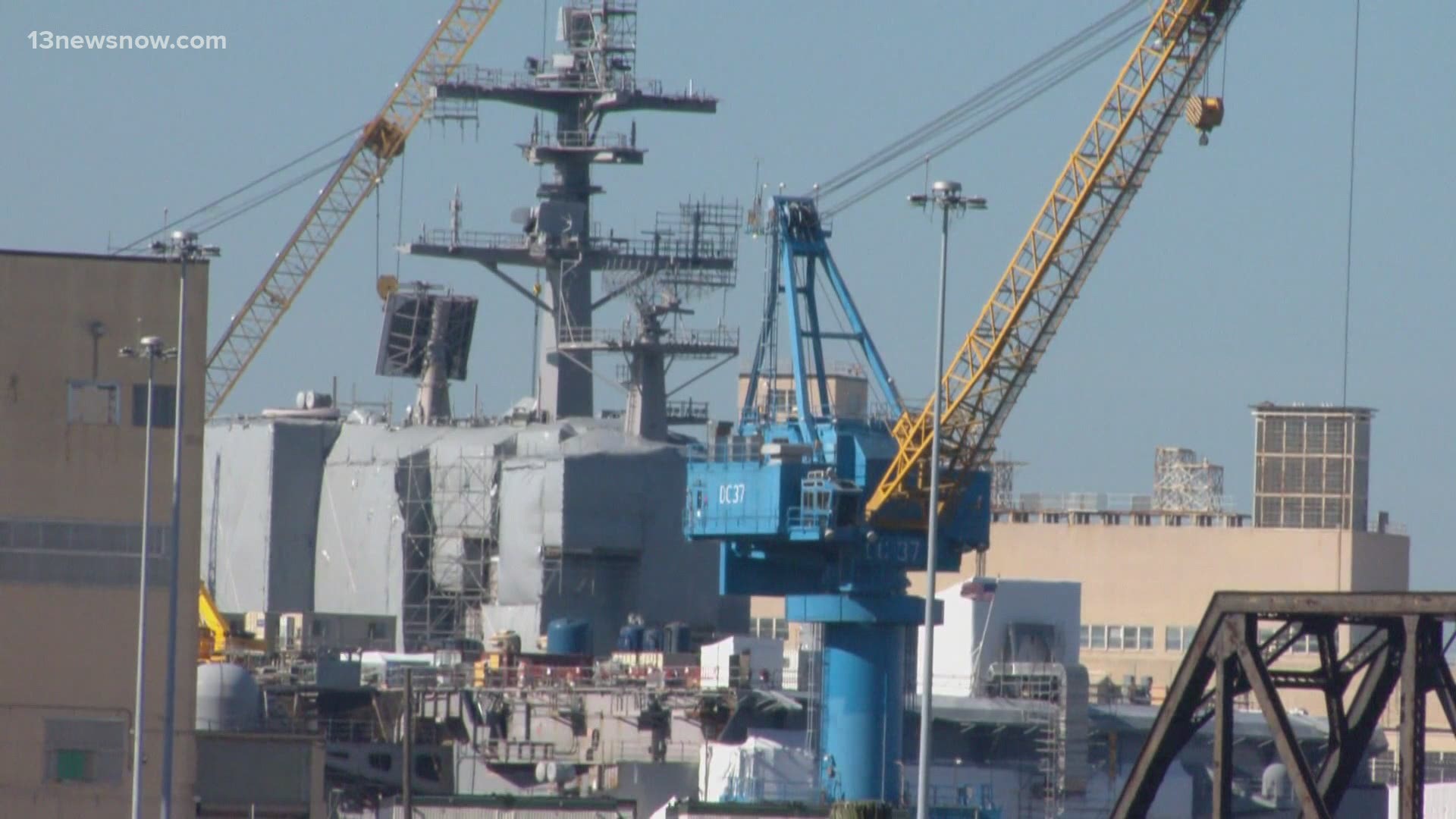 PORTSMOUTH, Va. — President Joe Biden is sending $26 million in federal funds back to a U.S. Navy shipyard in Virginia.

The money had been diverted by President Donald Trump to pay for a wall along the Mexico border.

The Virginian-Pilot reported Monday that the shipyard money is a sliver of the $3.6 billion that Trump had moved from the Department of Defense.

The Biden Administration is now sending billions back to a series of military projects.

The Norfolk Naval Shipyard in Portsmouth will use the $26 million to address numerous safety violations in one of its buildings. They include a lack of sprinklers, poor placement of fire alarms, and no mass notification system. The facility builds and repairs U.S. Navy ships.

In a statement, Rep. Elaine Luria (VA-02) said, "I applaud the President's decision to restore funding for needed upgrades at Norfolk Naval Shipyard and for prioritizing the safety of its employees. The work of our Navy personnel here in Hampton Roads is critical to our military success all over the world."

Luria also noted that additional funding is being considered by Congress to invest in shipyards.

"I’m committed to passing the SHIPYARD Act (H.R. 2860), which would commit $25 billion under the Defense Production Act to improve Naval shipyard infrastructure across the country," Luria said.