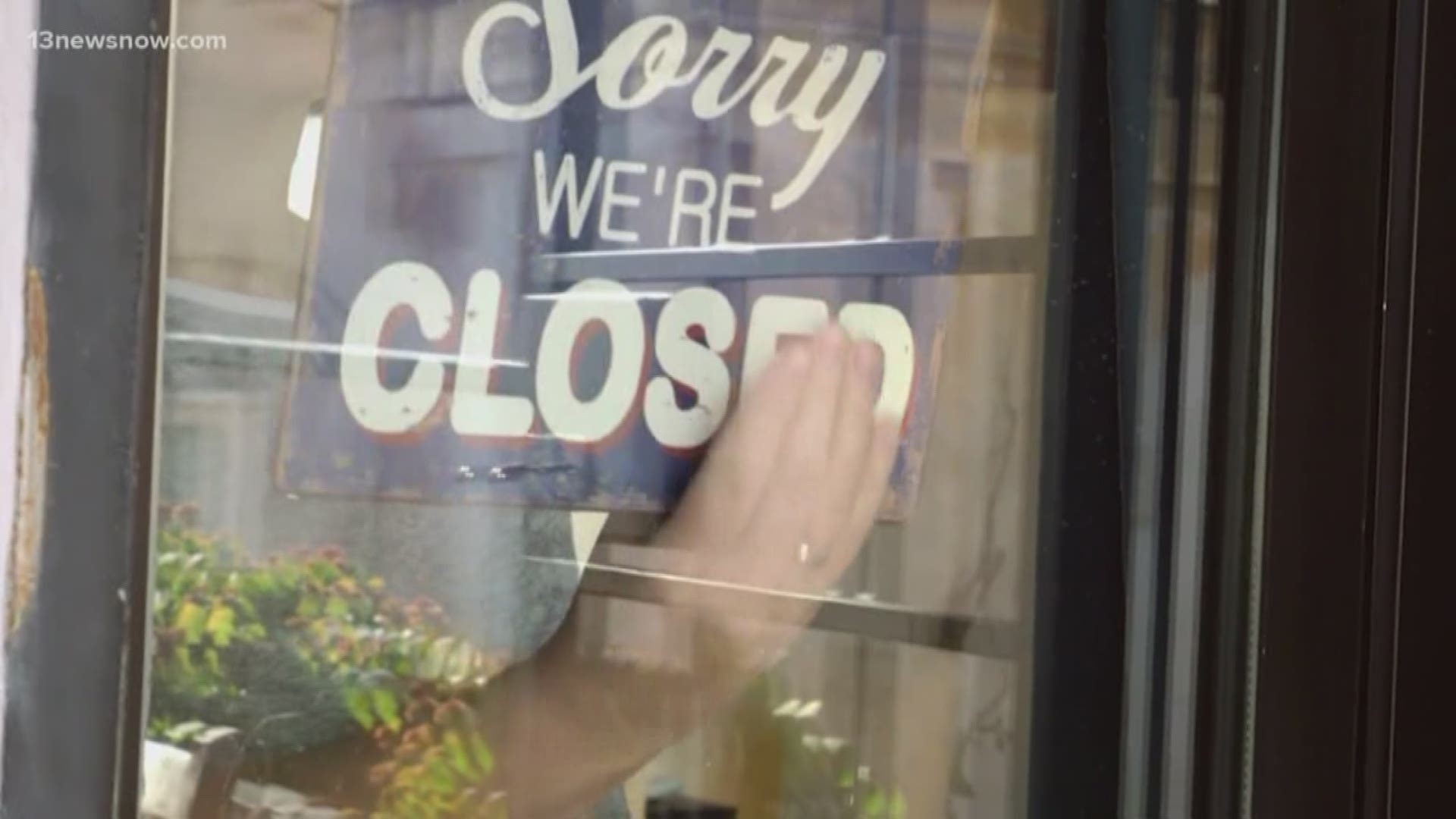 NORFOLK, Va. — Millions of Americans filed for unemployment last week, the highest single-week spike in claims in the history of the Department of Labor tracking data.

For perspective, weekly national claims totals hovered between 200,000 and 300,000 over the past year.

Workforce leaders say the increase is simply unprecedented. The U.S. Department of Labor says the increase in initial claims is due to the impacts of the COVID-19 virus, saying the accommodation and food service industries were particularly affected.

“You’re just not prepared to see that amount of individuals unemployed. It’s mind-blowing how those individuals are dealing with that," said Shawn Avery, President and CEO of the Hampton Roads Workforce Council.

Avery said the VEC and other groups are adding people to answer calls and handle the increased need for services.

In North Carolina, initial unemployment claims skyrocketed from 3,533 to 93,587.

Avery said some businesses are hiring, but right now the supply of unemployed workers far outpaces the demand for employees.

The proposed $2 trillion stimulus package - up for a House of Representatives vote Friday morning - is designed, in part, to help unemployed workers, adding $600 a week for 13 weeks on top of state unemployment benefits.

“The goal is to get people back to work ideally back to their jobs they had before and get the economy back moving," said Representative Elaine Luria.

Avery said unemployed workers should call or file their claim online now so they can start receiving help from services. He said his staff is working hard to connect people with employers who are hiring.

“Just hang in there, I know it seems like desperate times, but we’ve got the resources there, there are partners there to help you, stay with us," Avery said.

RELATED: $2 trillion coronavirus deal: Who will get stimulus checks and when?