The national program that most of us get our flood insurance through is going to see major changes starting this October. 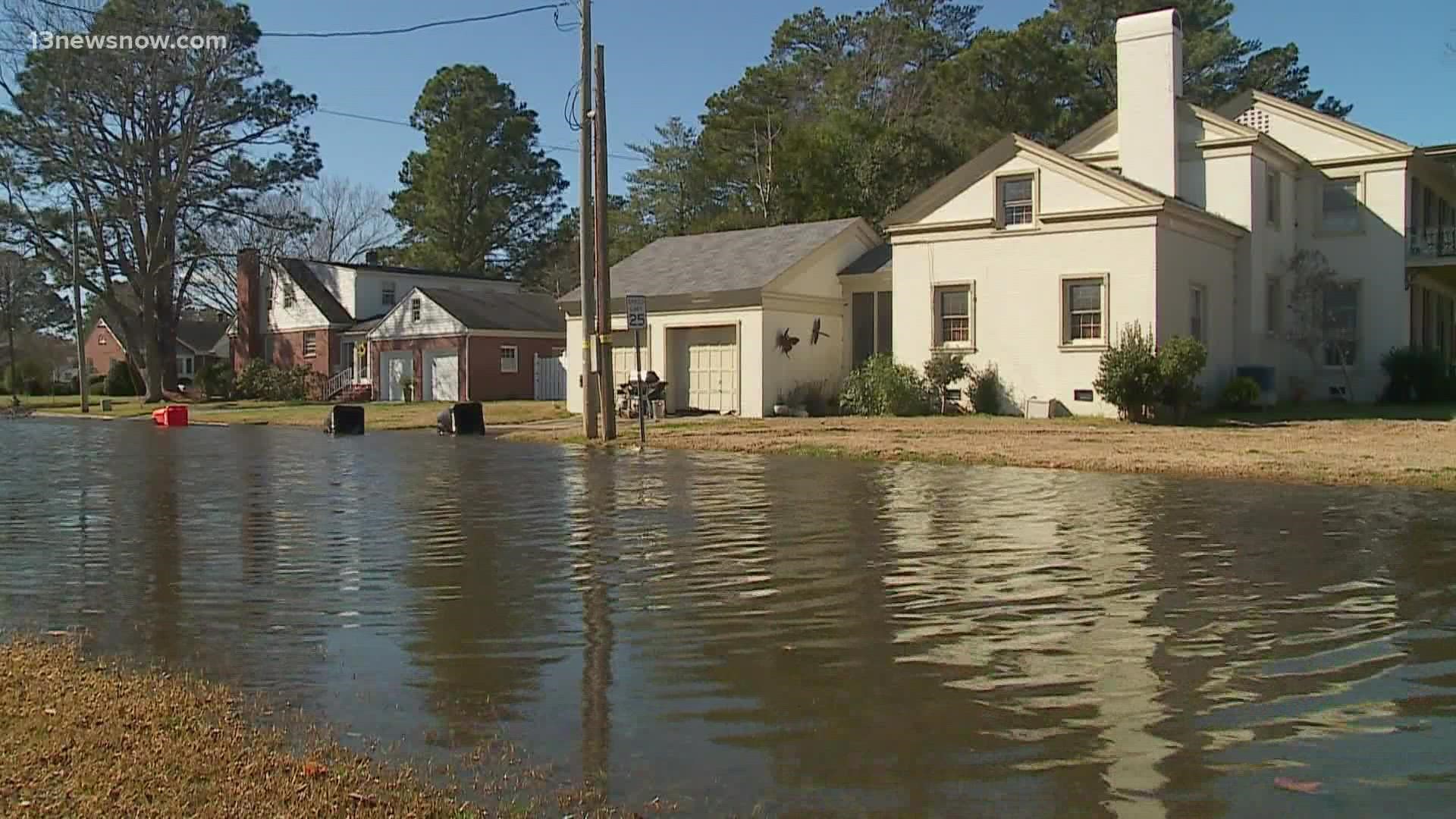 NORFOLK, Va. — The national program that most of us get our flood insurance through is going to see major changes starting this October, mainly because what most people pay right now doesn’t match the actual risk.

Let’s answer the two most important questions for homeowners in Hampton Roads:

The answer to the first question is pretty straightforward. Instead of going by flood zones, which we’ve done for decades, premiums will now be determined by the flood risk of an individual property.

That will include things like the structure itself, foundation type and distance to the water.

This could end up helping some property owners who currently live in a flood zone, but have a home that is at a lower risk for flooding.

Now to that second question, how much is this going to cost me? This one could be significant.

Answering the second question is a little more complicated. We won’t know the full scope of rate increases until October, but research group First Street Foundation has gathered data from FEMA to give us an idea.

Using the Foundation's online Flood Factor tool, we will use Norfolk zipcode 23505 as an example.

About 16% of the homes in this section of town have a legitimate risk of serious flood damage. That group pays, on average, about $1400 every year in flood insurance premiums.

According to First Street Foundation, it's time to start thinking about changes to flood insurance premiums.

The rate increase needed to cover the actual risk of flood damage is approximately $5,700 -  that’s almost a 300% increase.

Before you get too worried, there is a cap in place, so your new rate can only increase by 18% every year.

However, people who buy a home with a flood insurance plan after October will have to pay the full adjusted rate immediately.