Holiday sales up for 2019 shopping season

How much are you going to spend on gifts? 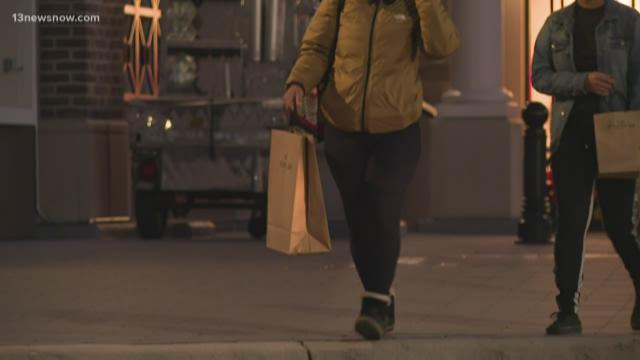 NORFOLK, Va. — The mad dash is on to get gifts.

Across the country, the National Retail Federation predicts Americans are spending 4% more this holiday season compared to last year.

Is it because we're spoiling each other a little bit more? Or perhaps, it's simply the best year economically since the 2008 recession?

Either way, the cash is flowing. A whopping $730 billion is the NRF's prediction for total nationwide retail spending between November 1 to December 31.

What's more, the individual average consumer will throw down $1,047 during that time. The bulk of that money is for gifts.

At Norfolk's outlet mall Thursday night, several people said they will not be spending that much. Others said it seems low, while one man said he'd like to stay under $1,000 but knows that'll be tough with everyone on his list.

What about you? Tell us!

See the full report from the NRF here.

RELATED: ‘Tis the season for thieves to shop in your car