The problem? The House, the Senate, and the White House still have not agreed on the details, despite the President's assurance of a second stimulus payment. 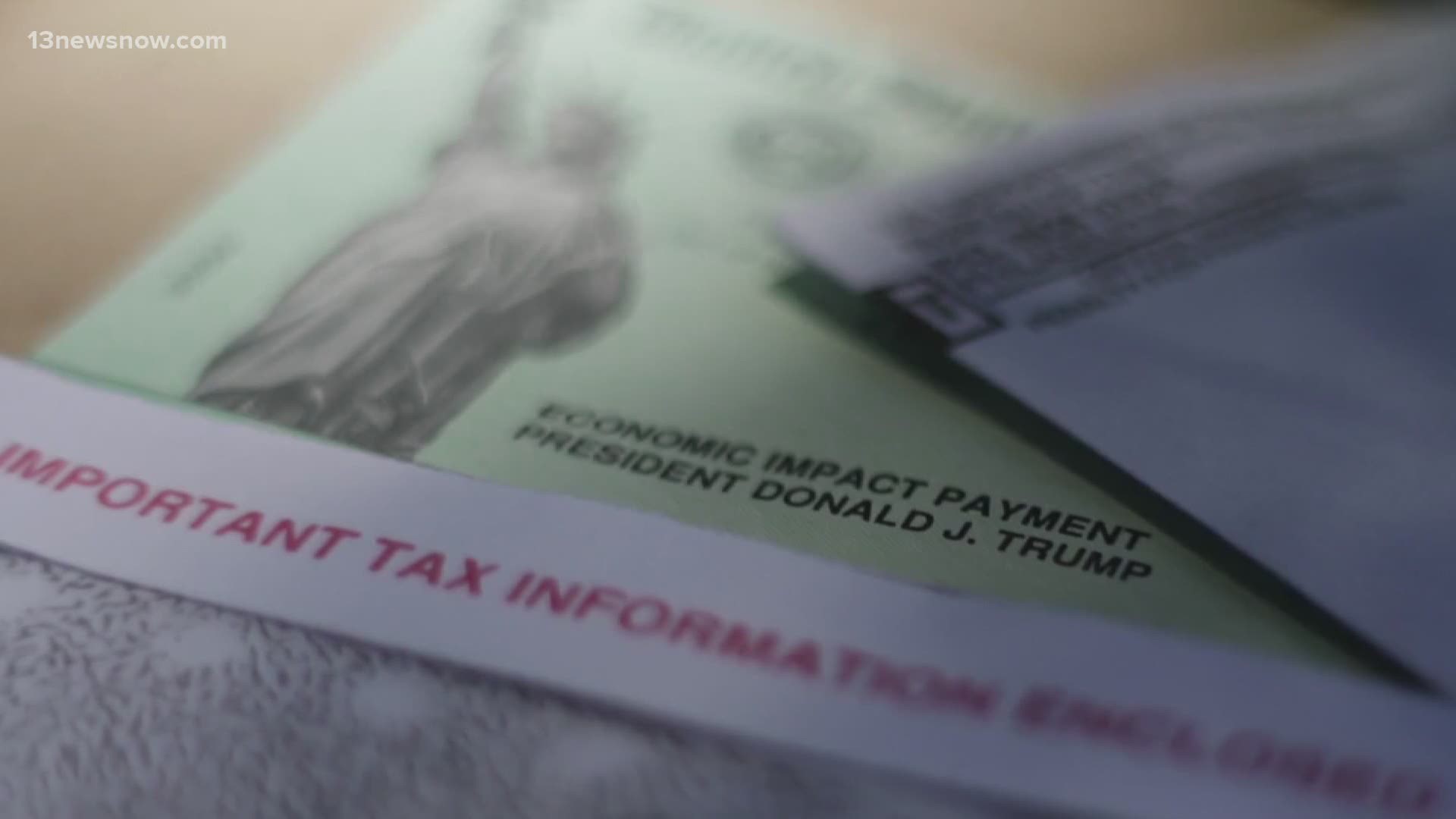 NORFOLK, Va. — It’s something a lot of Americans say they want, but will Americans see another stimulus check payout from the IRS? And is a potential second check part of a political strategy by President Trump to be re-elected?

On Monday, the President suggested a second stimulus check is on the way, even going as far as to say a new aid package will be “very generous.”

But Old Dominion University associate Political Science professor, Jesse Richman said at this point, a second check is not a guarantee.

“It’s not on the way,” Richman said. “Lots and lots of people -- if you look at the polling -- would like a second check. I think that that ups the odds, but it’s by no means certain at this point.”

But if so many people want another one, why isn’t it a sure thing?

The problem is the Republican-controlled Senate, the Democrat-controlled House, and the White House can’t agree on the details.

“The Senate and House are very far from reaching an agreement. The White House, despite what Trump has said, has been quite ambiguous about it,” Richman said.

The Senate is currently considering the HEROES Act which was passed by the House. It would deliver another round of checks to Americans, with more people qualifying for a payment than the previous CARES Act stimulus checks.

But Republicans, led by Senate Majority Leader Mitch McConnell, want a limit on the amount of money the IRS will dish out and assurance that this would be the final aid package for the pandemic.

Richman said the president's support of another round of payouts could be political strategy.

“One of the questions related to all of this is the sort of political credit-taking and political impact. Does doing a second round of stimulus help Donald Trump directly or indirectly and if so, to what extent?” Richman questioned.

"There hasn't been a lot of polling on specifically whether people are giving credit to Trump for the stimulus check. Certainly, Trump attempted to take credit with [his] name on the [first round of stimulus] checks and so forth."

"A second great depression would not do the Republican party any favors in terms of public support," Richman said. “We’ve had an enormously sharp downturn. This has been different from the most recession because it’s been driven by government policy."

Policy in response to the pandemic, Richman explained, coupled with fewer people going out and spending money.

“If you want [a second stimulus check], if you think it’s necessary, write to your members of Congress, urge them to reach a compromise to get legislation through," Richman said. "But it’s by no means certain."

RELATED: Bill would give Americans $4,000 tax credit to take a vacation

RELATED: Everything stimulus: Where your payment is, the chances of a second stimulus payment, how your taxes are affected