How to negotiate when you're talking to airline customer service

Frustrated by a customer service rep? There are strategies for turning "no" into a "yes." 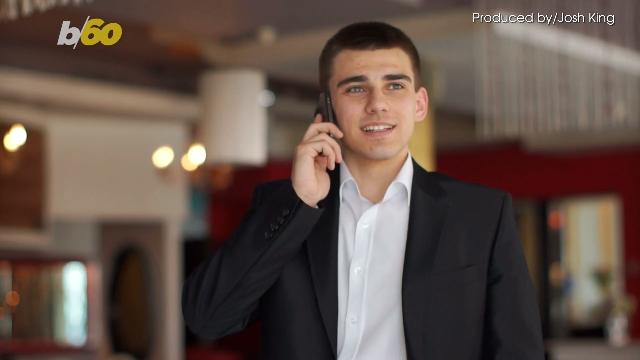 INSIDER SECRET: If you’re talking with customer service, there’s a good chance that the “no” you receive can be turned into a “yes” by just saying something like, “Let’s find a solution to this problem.” It’s all about strategy.

When you’re faced with a “no,” it might feel like you’ve hit a dead end but that’s not always the case, especially when you’re working through an issue with someone in customer service. Those folks are actually on the front line to solve problems and keep you happy (or at least, happy with the company they’re representing).

Receiving the answer “no” can also induce a feeling that you don’t have control of the situation. Someone else is making the decisions and they’ve decided to just shut you down. Again, that might be true sometimes, but not always. Here are a few key strategies for making the most of your situation and calling on your friends at customer service for support.

By establishing a good strategy (and attitude) for talking with customer service reps, you can actually accomplish a lot more than if you’d opted to simply let things slide. This is a conversation my husband and I have frequently — his philosophy verges on, “Why bother.” My philosophy is more decidedly along the lines of, “It never hurts to ask.”

A ten-minute phone call could result in a $150 airline credit. To me, that’s totally worth it. Here’s how I think about it . . .

The most important question you’ll need to answer when asking for something (whether it’s a monetary credit, waiving a change fee, or something else) is to come up with a detailed reason that explains:

Be as specific as you can. For example, saying, “I’d like a credit because my plane was delayed,” isn’t a powerful statement. Planes are delayed all the time and it’s tough to empathize with someone when you imagine they just had to wait an extra 20 minutes on the runway. But adding in details like, “My plane was delayed for three hours because the flight crew wasn’t available and this caused me to miss my connection, resulting in another four-hour delay,” starts to paint the picture of what an awful experience you had. And turning these negative feelings about your travel experience into something positive is exactly what the customer service department is hoping to do.

No one wants to guess what you’re asking for when you call in. So instead of saying, “Well, what do you think is fair?” use a more direct statement. If you’re looking for an airline credit, ask for an exact dollar amount.

Actually, ask for double the amount you’d like to receive. That gives the person you’re working with some ability to negotiate. (I can almost guarantee this will happen.) If you hit a roadblock, ask to speak with a manager. Often, your request being denied is just a matter of seniority. It’s possible that the person you’re speaking with doesn’t have the authority to accomplish what you’re asking. So ask to speak with someone who does.

When you’re upset at something, it’s totally acceptable to express your frustrations in the privacy of your own home. But when you’re talking to an actual person, that behavior just won’t fly.

Not only is it unhelpful to be rude to the person you’re speaking with on the phone, but it can (and most likely will) hurt your chances of accomplishing your goal. In this age of digitalization, speaking with a live person is both a rarity and an opportunity. You have a shot at someone listening to your story and offering to help. That only works if you’re polite, understanding and friendly. Long story short — no one wants to help a jerk.

Always make the assumption that the representative you’re speaking with wants to help and move on from there. For example, I was trying to combine a Delta credit and miles I’d earned from my Delta credit card to purchase a ticket. I couldn’t do this online; there wasn’t an option to purchase a ticket with a mix of credit and miles. So I called a Delta customer service rep.

We had a nice, friendly conversation, but after 15 minutes of talking, they told me it couldn’t be done. Couldn’t or wouldn’t, I wondered? I assumed that they wouldn’t do this because it wasn’t available online. But I had a live person on the phone, an opportunity to ask for something out of the ordinary. So I asked my new friend to please think of a creative solution instead of accepting their initial answer.

They asked a manager and five minutes later they were able to combine the credit and the miles. I got a ticket from Denver to Mexico City for 24,000 miles + $150 credit and I owed $7.68. I would have paid $157.68 instead of just $7.68 if I’d accepted the “no.” Plus, it felt like a win for both of us. I got a cheap ticket and my customer service friend was able to solve a problem they originally didn’t think they could handle.

Have you had any luck when calling an airline’s customer service department to ask for something that isn’t available on their website? What were you able to accomplish and how difficult was it to ask?