5 national parks to visit before your kids leave the house

Here are a few national parks that are hidden gems and worth exploring with family. 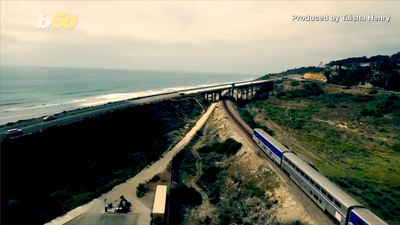 National parks are always in season and I maintain that an annual parks pass (currently just $80, or free for US military or citizens/permanent residents with permanent disabilities) is the best bang for your activity buck.

That’s especially true for those with kids. It’s easy for families to spend more than $80 on a single night out at the local cinema and — no offense to the latest blockbuster — those usually aren’t the kind of nights that create lifelong memories.

I’ve visited close to 50 US national parks, and while all of them are magical in their own ways, and headline catchers such as Zion, Yellowstone and the Grand Canyon are not to be missed, here are a few slightly more hidden gems that are also worth exploring with family. If you have to prioritize where to go while your kids are still kids, here are some top national park picks.

Many people visit Maui for its ample selection of points properties and top-tier beaches, but there’s a less frequented part of the island that looks like it is on another planet. Mars, specifically. Haleakalā National Park is a long climb from sea level and temperatures at the visitor center can be frigid.

Sliding Sands Trail is a hike that isn’t to be missed with kids. This one makes the list for a few reasons. First, you may need your teenagers to carry you back, as the easy part — the descent — happens first. It’s the act of getting back to your car that requires endurance so save this one for when little legs are truly ready. Second, the trail is plenty wide and the descent is ripe for generating conversation. It’s a mix of aloha air and otherworldly beauty and it creates the ideal setting for connecting with your kids.

Finally, it’s on Maui so there’s plenty more to see and do.

Related: How to Use Miles to Get to Hawaii

Seattle is a relatively easy place to fly with a family on points and miles. After a few hours of driving east you are at one of America’s most diverse national parks. Part of what makes Olympic great for families is the journey itself. You can get from Seattle to Olympic on ferries, which is almost a guaranteed kid pleaser.

The Hoh Rain Forest in Olympic National Park is known as the “quietest square inch in the United States.” Kids love a challenge and they may take the dare to be as quiet as the Hoh Rain Forest (at least for a few minutes). It doesn’t hurt that the trees are magical in their own right, and if your kids grew up with the characters in “Twilight,” they’ll appreciate that much of those films was set here. In fact, the town of Forks is easily accessible from the park.

Hikes from Hurricane Ridge are suitable for kids of all ages, and even if no one in your crew is up for hiking, the drive to the visitor center is awe-inspiring. If you’ve got a kid who prefers water to mountains, the Ozette Triangle Trail in a remote section of the park leads to a magnificent beach that almost no one visits.

There’s a reason this park continues to be the most visited within the entire national park system: It’s drivable from a staggering number of places. Perhaps this isn’t a hidden gem exactly, but it is a great park to consider if you are within driving distance and flying your family to another park is cost-prohibitive. Plus, the Great Smoky Mountains National Park is enjoyable in much of the spring and fall, enabling you to plan a cheaper trip in the shoulder season if school schedules allows for some breaks or long weekends.

The great part about this park is how picturesque it is from end to end. Rather than recommending that you flock to just one spot, I suggest spending as much time on the Blue Ridge Parkway as possible, popping out for micro-hikes when the kids want to stretch their legs.

Gatlinburg and Pigeon Forge are essentially giant theme parks, so there’s plenty of fun to be had near the hotel too. Plus these two towns are shockingly affordable compared to most gateway towns just outside national parks. (And, there’s always nearby Dollywood.)

It’s not that easy to get to, but that makes the payoff even sweeter. Time spent in Big Bend is time your kids will never forget. You can row across the Rio Grande and into a different country. Head to the Boquillas Crossing with your passport and you can row across one of the world’s most famous rivers and have lunch in a tiny border town — Boquillas del Carmen, Coahuila, Mexico.

Once you’re back on US soil, families with older kids should head to Lost Mine Trail in time to reach the end by sunset. The view from here as the sun goes down over Texas is downright moving.

The only downside to this park is how far it is from civilization. I highly recommend camping. If you have access to an ATV, be aware that there are loads of off-road trails within the park borders.

I can’t speak for every kid, but the vast majority love sliding down huge hills. Find a massive mountain of sand, and you’ve got a winner. Located in the proverbial middle of nowhere in south-central Colorado is something you’d expect to find along North Carolina’s Outer Banks.

Gargantuan sand dunes spring up from the high prairie and visitors with energy to burn are encouraged to bring sleds. It’s a great opportunity for your kids to meet other kids and slide down the dunes together.

This park is ideally part of a larger road trip, given how far it is from any town of note, but it’s just a few hours from another spot that kids will appreciate: Four Corners, where the states of Arizona, Colorado, New Mexico and Utah come together.

This story was originally published on The Points Guy. Sign up for the TPG daily newsletter and wake up to unbeatable flight deals, travel industry news, and credit card bonuses that let you travel first-class to some of the world’s most incredible destinations at a fraction of the price.