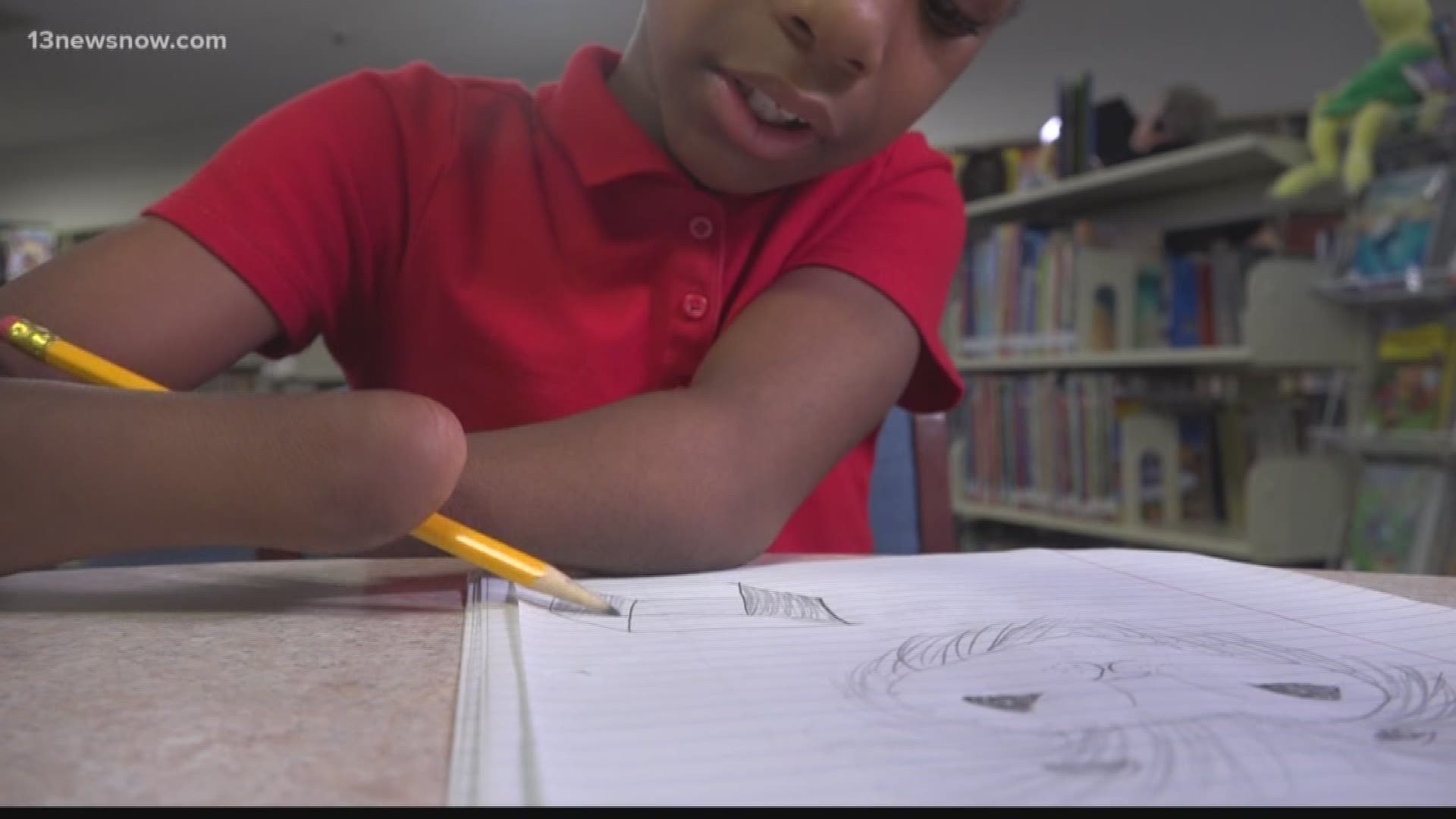 CHESAPEAKE, Va. (WVEC) -- A Chesapeake 3rd grader is getting national recognition for her cursive writing!

Anaya Ellick accepted an award Wednesday for her penmanship skilled, and she was born without hands.

At just 9-years-old nothing stops, Anaya. She won the 2018 Zaner-Bloser National Handwriting Contest, under the Nicholas Maxim category. Two years ago she won a similar penmanship award for her printing.

According to her teachers, Anaya was determined to learn and perfect her cursive writing so she could compete in the cursive category this year.

"Anaya is a role model to everyone," Anaya's teacher Sarah Cannaday said. "Her classmates see her and see her doing the same tasks they are and they are often amazed that she can do just as well as they do, sometimes even better."

Anaya was honored during an awards assembly at the Greenbriar Christian Academy, on Wednesday.

To be eligible for the Nicholas Maxim Award, a student must have a cognitive delay or an intellectual, physical or developmental disability. A team of occupational therapists judges all of the entries.

For over 30 years, the Zaner-Bloser National Handwriting Contest has been recognizing outstanding penmanship among students. The contest is open to all students in grades K through 8 and awards excellence at the state and national level.