Pedego Norfolk opens its doors so now anyone can rent and ride an electric bike around town. 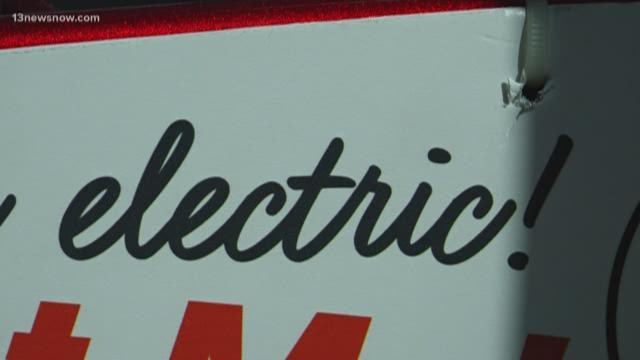 NORFOLK, Va. — From taking the bus to walking on sidewalks, transportation is changing in the growing city of Norfolk.

To add to the list of options, a new electric bike business opened its doors on April 26th.

Pedego Norfolk has electric bikes anyone can rent and return for the day, or buy on sale.

They're located in the heart of downtown, off East City Hall Avenue.

She said it’s the first electric bike store in Norfolk, and she chose to bring the business here because of the city’s layout.

“Their biking infrastructure is phenomenal,” said Oliver. “There are trails, bike paths, and shared paths on the road.”

Old Dominion University’s professor of Economics, Bob Mcnab said this new business shows how Norfolk city officials pay attention to what attracts people to the city, and it’s the quality of life.

“The more attractive you are to alternative forms of transportation the more likely you are, to what, to attract investment and attract entrepreneurship,” said Mcnab.

With more people choosing alternative modes of transportation, Oliver hopes people come to enjoy these electric bikes as an eco-friendly alternative to driving.

“It takes about ten cents worth of electricity to charge it up,” said Oliver.

For only $25 an hour, Oliver said it’s perfect for locals and tourists. Pedego Norfolk will have an official ribbon cutting for its new business on May 31st.