It was an alleged love triangle that turned into a tragic murder mystery. 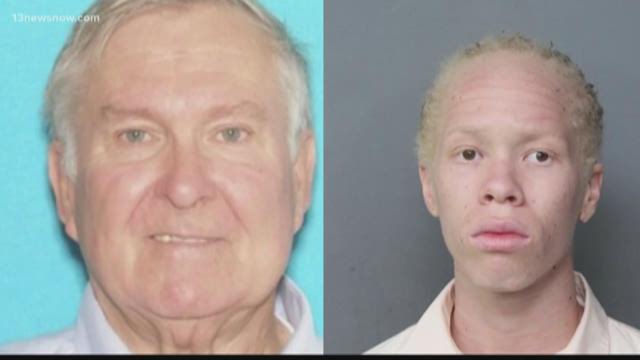 NORFOLK, Va. (WVEC) - It was an alleged love triangle that turned into a tragic murder mystery.

On New Year's Eve, Caroline Hendrix was found shot in a car near Ocean View. Police do not believe the 50-year-old was the intended target.

Two people were charged in connection with the crime, 70-year-old Edward Shaw, and 22-year-old Teniqu Cushman. On Wednesday, the two faced a judge for a preliminary hearing.

"There was no physical evidence, no firearm recovered. I was disappointed at the presentation made by the commonwealth today," said Eric Leckie, Shaw's attorney.

In Wednesday's hearing, Alex Novak was a key witness. In court, he testified that he was with his good friend Caroline Hendrix on New Year's Eve house-sitting for a friend.

Novak said Hendrix went outside to walk a dog but came back a few minutes later because she saw a man being suspicious.

Novak explained Hendrix got into his mother's van. That's where she was shot several times.

Novak said he ran outside and saw Edward Shaw. Novak said he immediately drew his gun and shot Shaw five times, hitting him in the stomach and shoulders.

Investigators said Shaw drove to Chesapeake where he called 911 dispatchers and told them he was in a road rage incident and was shot on the interstate. Investigators said they never found evidence that proved Shaw's claim was true.

In court, Novak admitted to having a sexual relationship with Cushman.

Officials believe Cushman was in a relationship, seeing, Novak and Shaw. According to her attorney, Cushman ended things with Novak, but he didn't give up.

Investigators said on Shaw's phone they found emails and text messages believed to be from Cushman. One of the messages told Shaw she wanted someone to be taught a lesson. Shaw replied and said he needed more than a lesson.

Investigators believed they were talking about Novak.

"Investigator Walsh testified that to a very small amount of text messages, and there are thousands on that phone, that shape the relationship they had," Cushman's attorney said.

Before heading to a grand jury, Cushman's attorney plans to fight to get her client out on bond.