It's an annual relay that honors the sacrifices of our fallen heroes. 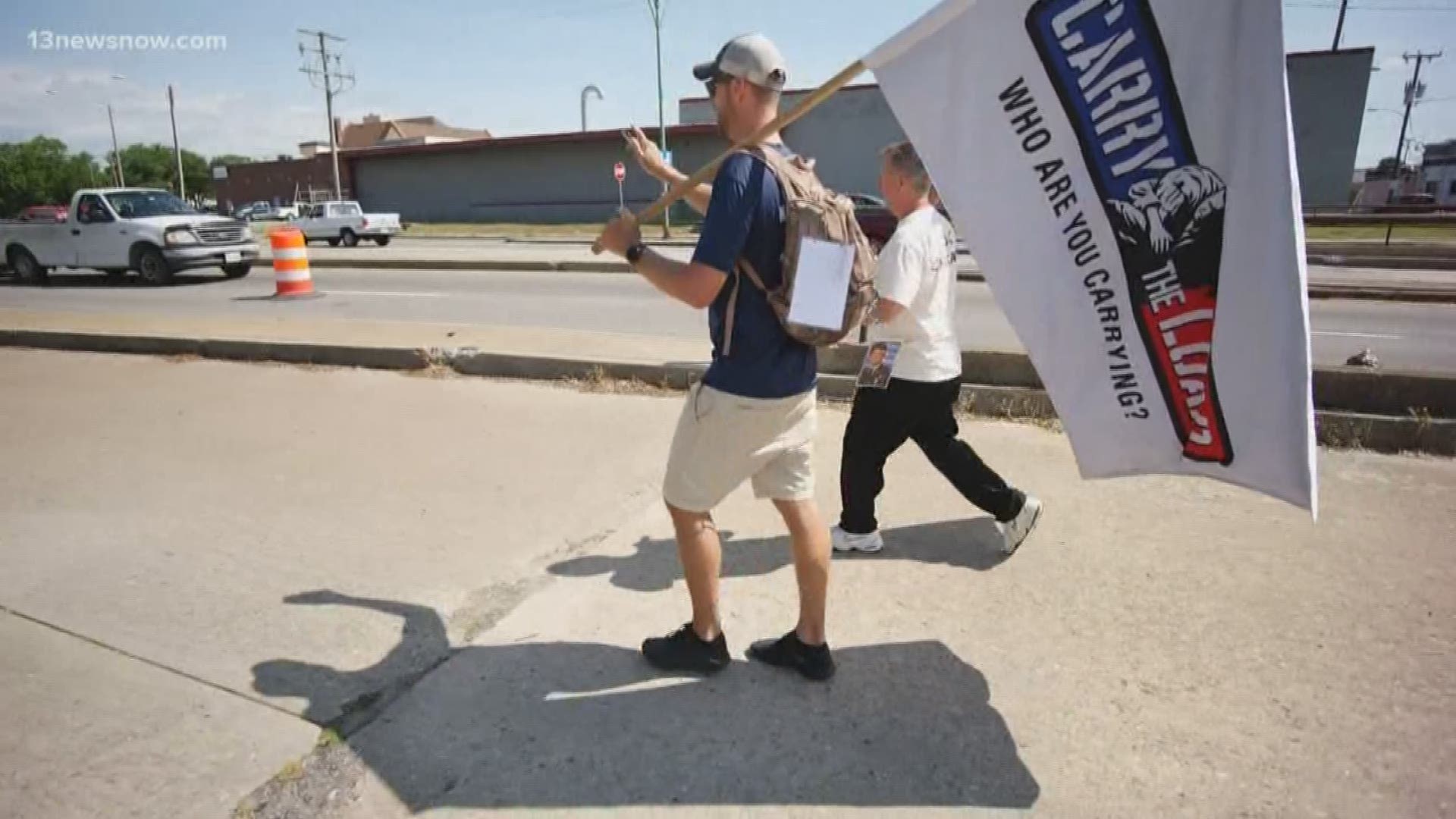 “When I was younger, I worked in the fire service out west,” said Hensley. “I lost five friends in a helicopter crash. There were three of us who had not been on the aircraft at the time. In 2011, one of the other survivors of it had taken their life. In 2014, the other survivor had taken his life.”

It’s a tragic story, and Hensley knows other families and friends of first responders and military members have also been weighed down by grief.

“By telling their story and telling about their loved one or friend, I carry them every step of the way,” said Hensley.

The walk is a team effort from coast to coast. Groups walk four or five-mile routes throughout a particular city with the final route leading to Dallas, Texas.

Carry the Load started as a way to restore the true meaning of Memorial Day back in 2011.

“It’s continued to motivate me,” said Hensley. “And it’s made my patient care better because I have more passion and empathy for families going through a really tough time.”