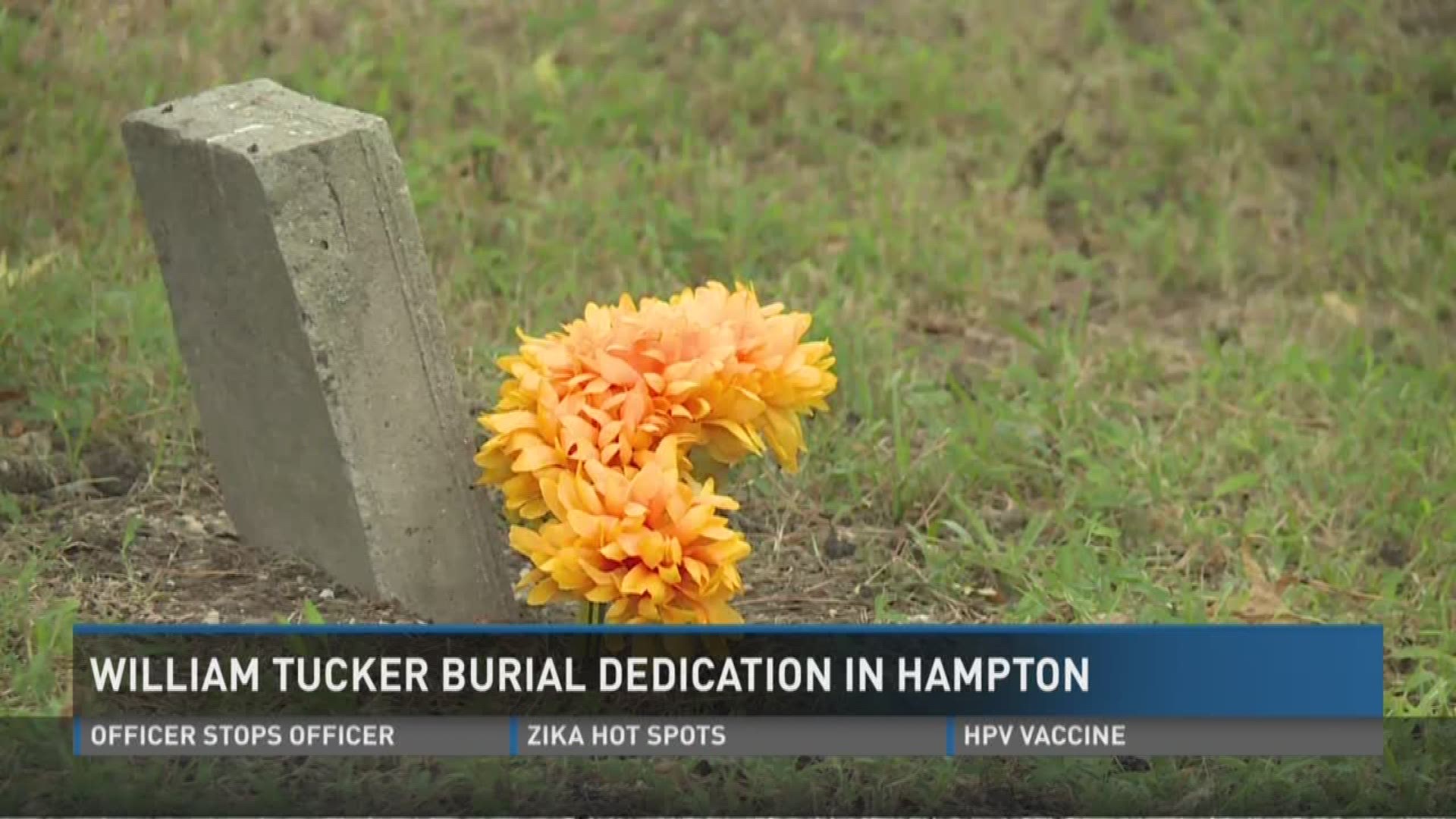 Members of the Tucker family are remembering one of their very first ancestors, William Tucker. Tucker is reportedly the first African-American child born in North America, and more specifically, right here in Hampton Roads. He is believed to be buried in a cemetery in Hampton.

Hidden behind several homes on Sharon Court are thousands of burial plots. Some still above ground, some underneath.

The Tucker family cemetery has been around for more than 300 years. It was at one point known as the colored cemetery.

“At one point every black or African person who died or was killed was buried here,” William Floyd Tucker says.

Among those buried is believed to be William Tucker, the first black child born in North America in 1624. Brenda Tucker-Doswell says after some DNA testing she, along with her brother William Tucker and the rest of the Tucker family, are direct descendants of William Tucker.

“We all have history, and we're just an example of one family who can trace back to 1619,” Tucker-Doswell says.

William Floyd Tucker was born in Hampton, went to school in Hampton, and says he was never taught black history growing up. He believes city leaders are starting to realize how much history is in Hampton.

“If you know where you came from you'll know how to travel to the next level,” Tucker says.

Tucker-Doswell says to some, the cemetery has been forgotten about, but she can never forget, and hopes the Tucker family history never dies.

“My heart is out here with everyone who buried here and people who I don't know, but those I do know, we stand on your shoulders,” Tucker-Doswell says.

The cemetery dedication is one of several events happening in Hampton this weekend celebrating African Arrival Day. Here is a link to those events.